A few weeks back I wrote a post about how I’d messed up with my Bronica and made an accidental multiple-exposure (it really doesn’t feel that long ago – I could have sworn I wrote the post a week back at most!). Anyway, the gist of it was that I’d accidentally switched the multiple-exposure lever on instead of the mirror lock-up when taking a long exposure. This resulted in me unknowingly making several exposures on the same frame of HP5+.

I had low hopes for the result and expected it to be a complete write-off. However, it isn’t… Surprisingly, the photograph has turned out interesting (in an obviously imperfect way).

The main subject is the signal box in the village that I’ve photographed on a number of occasions before. However, the other shots have resulted it being overlaid with foliage and cobwebs. It now looks oddly reminiscent (to me, at least) of something you’d find in Stephen King’s story, The Mist, where a secret government experiment opens up a rift to another dimension. From it flows a mysterious mist and within it are…things.

Anyhoo, here’s the photo in question. 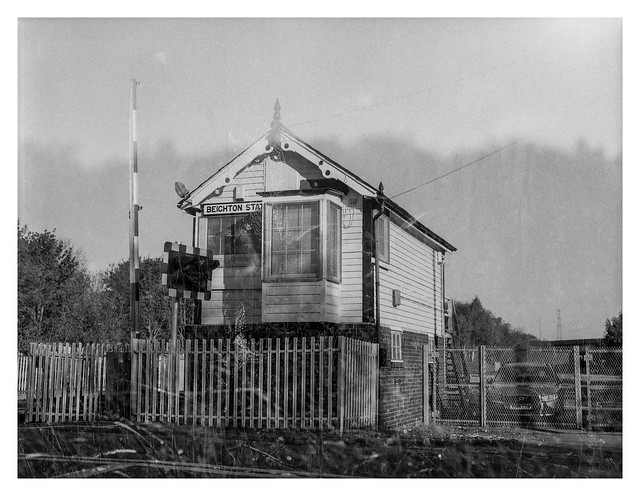