I got up early this morning for a pre-work walk. The weather has turned nice again, although at the time I went out it was quite chilly and at points on my route there was frost on the ground in shaded areas. I decided to take the Bronica ETRSi with me in case there was something worth photographing as the camera has a part-used roll of Fomapan 100 loaded and I though I might grab a few more frames as I walked.

I took a few shots – one of the local signal box, one of some wildflowers beside a tree, and then some dew-coated cobwebs in the vegetation next to the river. After taking this last shot I checked the frame counter to see how many shots remained and was surprised to see that it still said 5, the same number that had been displayed when I set out on my walk.

Puzzlement, and concern that there was some problem or fault causing this quickly turned to realisation as to the true cause of the issue.

A couple of days ago I’d used the camera to make a still-life of some ornamental fruit that we have in a display bowl in the kitchen. As the light was dim in the kitchen, and as the film is quite slow at 100asa, I’d mounted the camera on a tripod, inserted a shutter-release cable, and then locked up the mirror before taking the shot. Or so I thought. What I’d actually done is switched off the camera’s multiple-exposure protection. The switches for this and mirror lock-up look practically identical and sit next to each other on the side of the camera body, and I’d obviously forgotten which was which.

So, as a result of my mistake, I now have a frame that has (I think) four shots exposed upon it. Maybe it will reveal some sort of wonderful happy accident, but I’m not going to get my hopes up.

After rectifying the situation I managed to grab a couple of extra shots on the remainder of my walk, although I suspect the better ones are on the ruined frame.

Today’s photo is from my trip to Magpie Mine in March. It has little to do with the content of today’s post, but was shot on a roll of the same film. 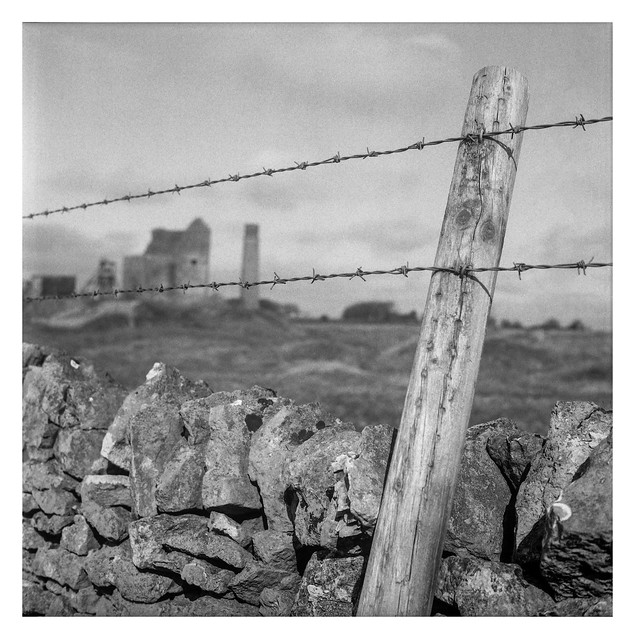 6 thoughts on “Getting it wrong”