As Lightroom and Photoshop have decided that this extremely hot and humid day would be the perfect time to test my patience by stealing all my PC resources thus making even the simplest copy-and-paste action into a chore, this will be a short post (it took nearly 40mins to back up the catalog! Why! Why do this to me today!!!). If you don’t see any more for a while it’s because my PC has met with an unfortunate accident and fallen out of the window! 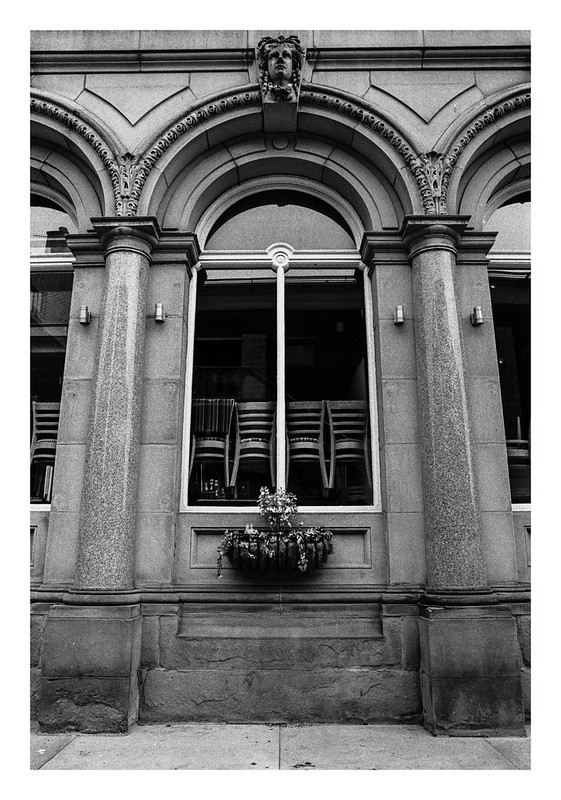 Another dip into my (recent-ish) archive with a shot taken at the start of the year which I’d not published on Flickr until a couple of days ago. It shows a weather-worn fencepost beside one of the footpaths near Baslow Edge. Not sure why I didn’t publish it before – I possibly had a surplus of images to upload or something.

I ventured up town again today and finished the roll of HP5+ in my recently acquired OM-2. I felt much more inspired than I did on yesterday’s outing, although I’m still not convinced I have anything great to show for my efforts. I think that, as this has been my first roll through this camera, that I’m subconsciously treating it as a “test” roll and as such didn’t want to invest too much effort in the photos in case there’s an issue with the camera (not that I have any reason to think there might be). Anyway, the roll is shot now and I’ll hopefully get it developed tomorrow. 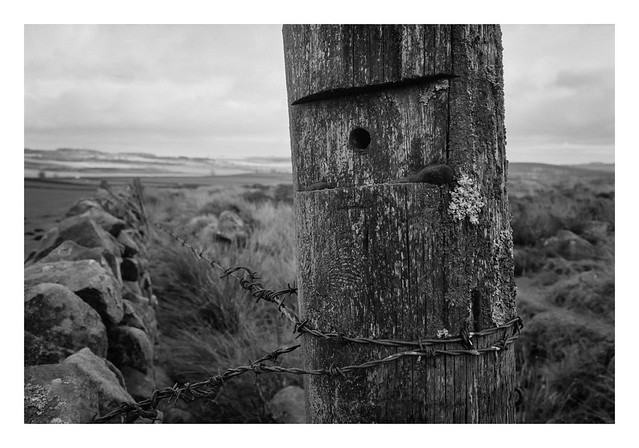 Stood right beside the twisty oak woodland that I featured yesterday stands Wellington’s Monument. This stone cross features the dedication: “Wellington, Born 1769, Died 1852. Erected 1866 by E.M. Wrench, late 34th Reg’ment” and commemorates Wellington’s victory at the Battle of Waterloo. The cross is visible atop the hillside from the A621 Sheffield Road which passes to the east at the bottom of the valley. Across the valley on Birchen Edge stands another monument, this one dedicated to Admiral Lord Nelson. 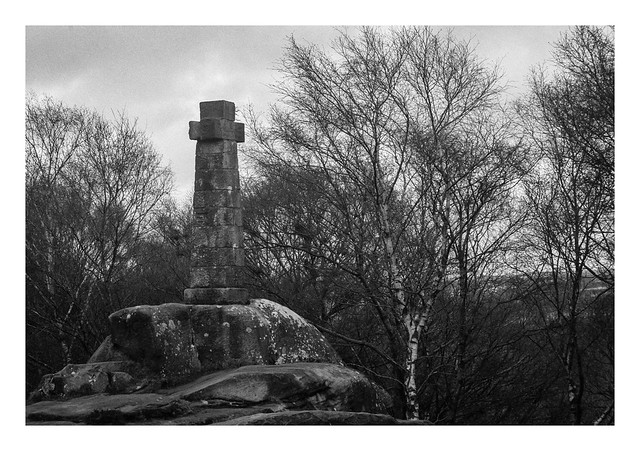 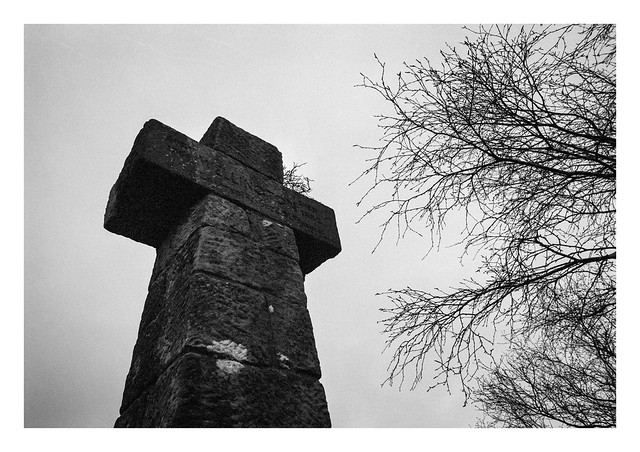 This is the view from the edge of Lady Canning’s Plantation looking back towards Sheffield city centre, which lies around 4.5 miles away. It’s a nice illustration of how close you are to rolling countryside just a hop and a skip from town. The large block of a building that sits to the left of the image is the Royal Hallamshire Hospital.

I think I botched the exposure somewhat as the shadowy area of the wall is showing significant grain. I love my OM-1, but it’s relatively simple metering can sometimes fool me into picking the wrong shutter speed / aperture combo. 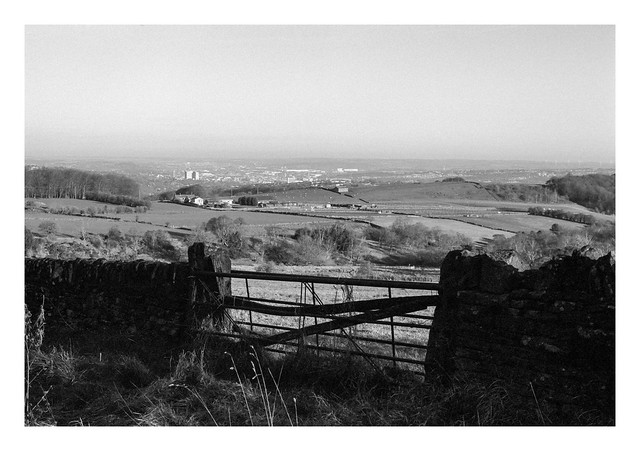 “Gennel” (pronounced “Jennel”) might be an unfamiliar word to some, but it’s a widely used term in Sheffield and refers to an alleyway or passageway, often running between houses (sometimes used specifically as a covered passageway between terraced homes).

Similar terms are used in other areas, such as the similar “ginnel” used in neaby Barnsley (this time with a hard “G” as in “Gun”), or “snicket” which is more widely used throughout the north of England.

Today’s photograph is a good example of a gennel. 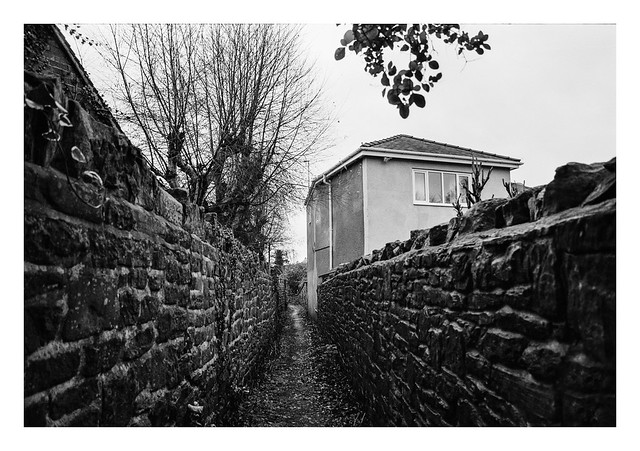 Another of my shots taken for the film photography competition I’m in this year. The theme for the month was pictures within pictures / frames within the frame. I decided on an alternative shot in the end, but this would likely have been my second choice. 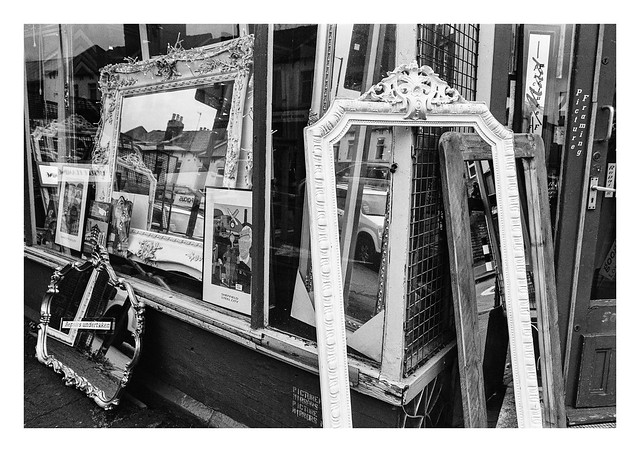 A third batch of suburban scenes – this time in black and white – that I shot just before Christmas. I never give up the chance to take photos on misty or foggy days unless I have no choice, so while this was only a quick half-hour walk, it still deliverd a handful of nice photographs. 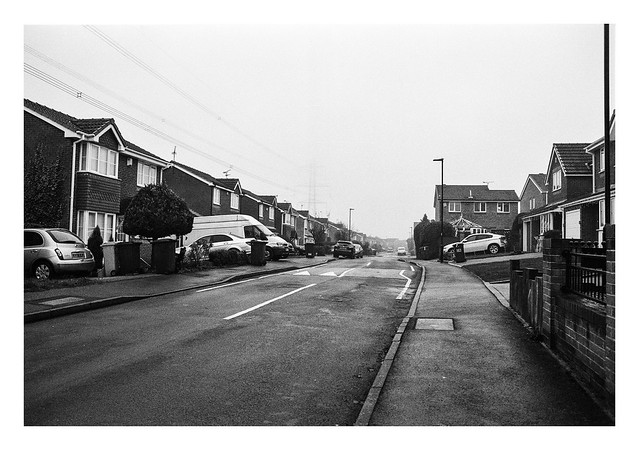 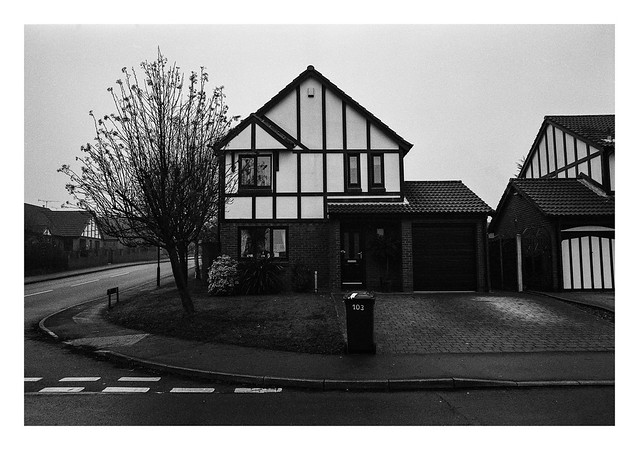 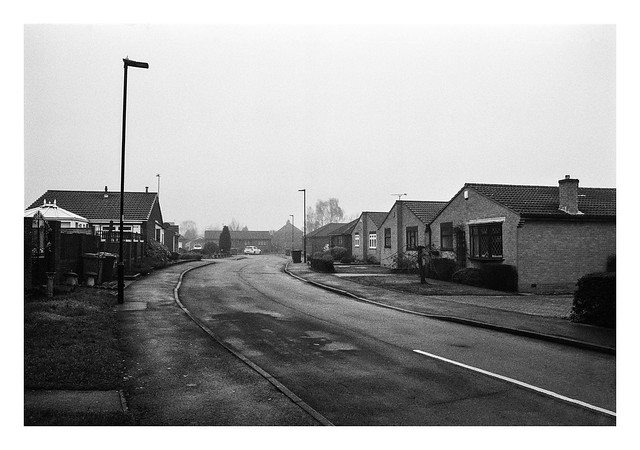 Whatever your beliefs may be, here’s wishing you and your loved ones health and happiness, and I hope you have a good day wherever you may be.

The residents who live across the road from this country phone box seem to decorate it on various occasions (on the times I’ve passed it), and I think it makes a suitably festive image for Christmas Day. 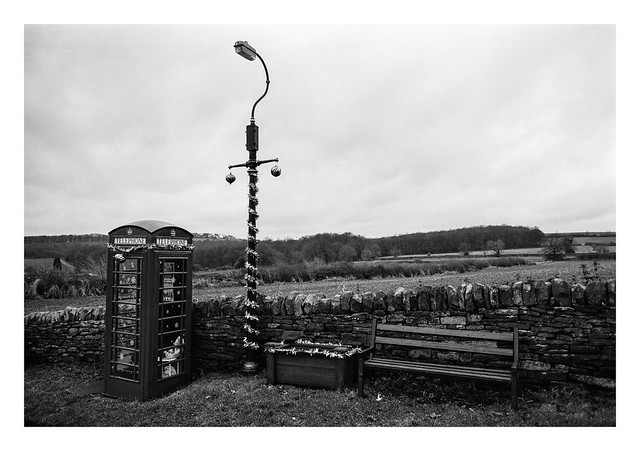 As we approach the end of the year – and decade – I’ve been wondering about a favourite shots of the year post or something along those lines, so I expect that will be the subject of a post in the coming week. I’ve also been pondering some project ideas for the coming year – two of which I’ve already started, although it’s really early days yet and they could fizzle out just as easily as they began, so I’ll wait until there’s something worthwhile developing (pun fully intended) before I make any posts about them.

In terms of new photos, I have a roll of XP2 that shot recently that’s been scanned and I’ll start to upload from, plus a currently unscanned roll of Tmax 400 that I put through the Holga last week. I’ve also shot a roll of HP5+ today, and plan on shooting more film during the fortnight I’m on leave, so there will be a batch of new stuff to see soon, but as the labs I use are now closed for the holidays, I’ll not tbe getting anything developed until the start of the new year now.

For today then, here’s some ivy on a tree trunk that I photographed in Boston Spa last weekend. 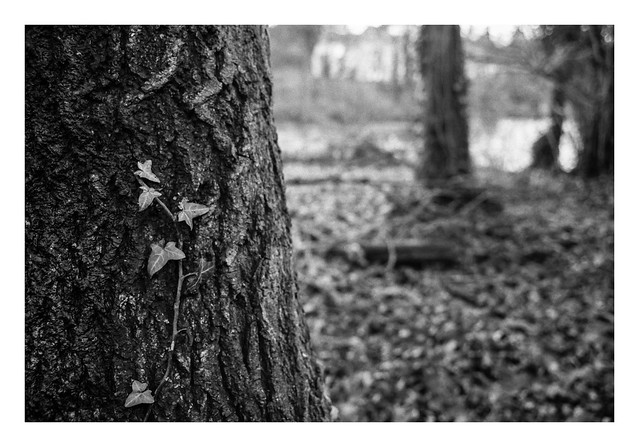 A few more images from Boston Spa, taken last Sunday. These show the River Wharf, which was flowing with some force on the day, and there was clear evidence of it having recently breached its banks – flattened grasses around the footpath and debris in the trees much higher than the waterline. The weir was also making a great deal of noise as the water poured over it, and the area below the fall was boiling and churning away from the force.

Sat atop the weir was an entire tree that had been swept downstream at some point and become lodged there. It’s possible to get right to the water’s edge next to the weir and a fence prevents people from accidentally falling into the water below the weir, but the river above the weir is not similarly guarded and was moving with unnerving swiftness, so I stayed well back from the edge. (instead just risking fractured limbs on some slippery rocks). 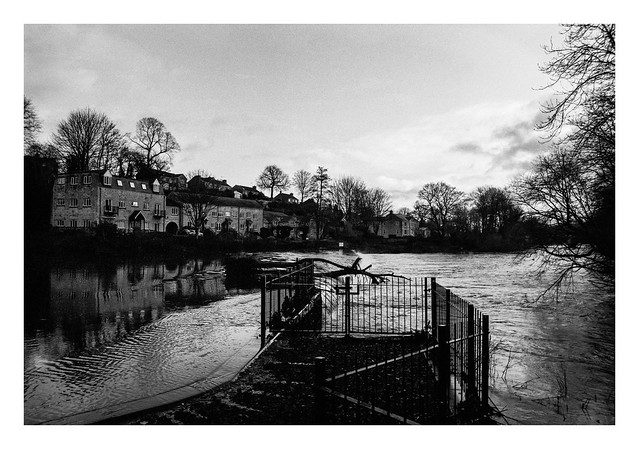 Thorp Arch Bridge spans the river just downstream from the weir, and again there was significant noise caused by the water passing the piers and notable turbulence and whirlpools just below the structure. The bridge opened in 1760, has five arches and is Grade II listed. 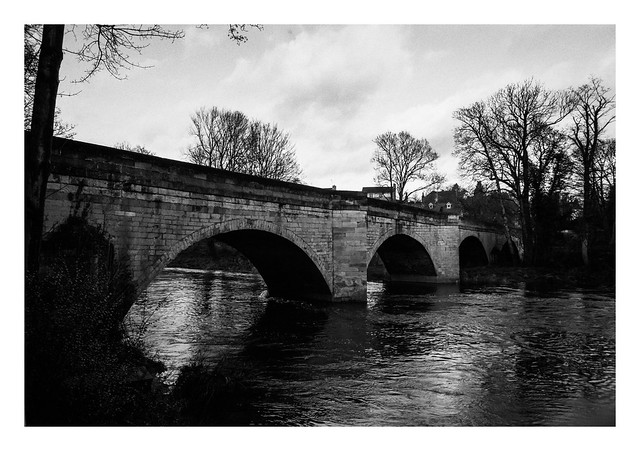 The final image is looking downstream from atop Thorp Arch Bridge, this time shot with the Zuiko 75-150mm zoom. 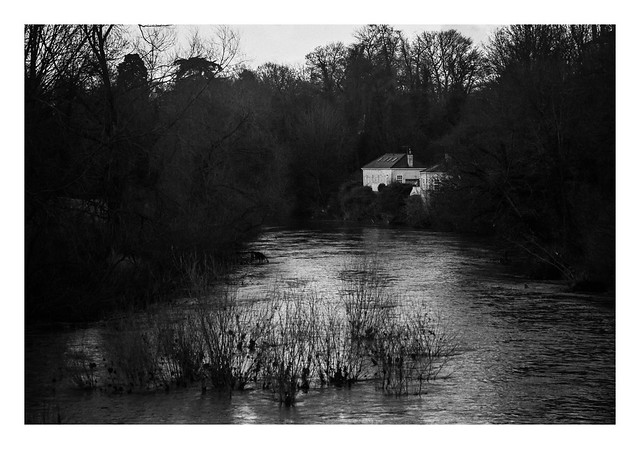