As air travel has been reduced by a huge amount in the current pandemic situation, it means the skies are almost devoid of aircraft where I live. I’ve seen a couple, but today’s clear blue skies have been exactly that – clear and blue – with nary a cloud nor a contrail to be seen. With that in mind, today’s picture is a reminder of what they look like. 🙂

Today marks the second full day of lock-down (although it’s not being officially called that by the government) here in the UK. As we’re still allowed to leave the house for exercise (only once a day, by yourself or with people from your immediate household), I managed to get out for a walk again at lunchtime. I’m treating these very much as walks first and foremost as the exercise is beneficial, but as I always carry a camera when I go out, I will still take photos while out if the opportunity arises and it doesn’t mean putting myself or anyone else at risk of unnecessary contact.

My walk today took me through an industrial estate where a number of businesses are still operating and, as it was lunchtime and the weather was nice, there were people eating their food outside at one place, albeit sat a good three or four metres apart. I’ve taken to crossing the street if I see someone approaching, and it’s noticeable just how much people are fearful of getting too close to one another. We had a delivery to the house yesterday and the driver, after seeing me coming to the door, retreated to the bottom of the drive before I opened it.

Sadly, although understandably, my local film-processing lab announced today that it will be closing it’s doors and stopping production for the time-being, so any film I do shoot wil need to be sent elsewhere – although I am still looking into home developing (though only if I can get any kit and chems delivered, I suppose).

Work remains, for me at least, much the same as it did before this started as I work from home full-time anyway. The main difference is having the boys at home now that school has closed. My wife still has to travel to work as she is in a key-worker role, although she has the next few days off.

The lock-down in the UK is scheduled to be reviewed in three weeks time, but I would be very surprised if it’s lifted at that point. I think we’re in it for quite some time. 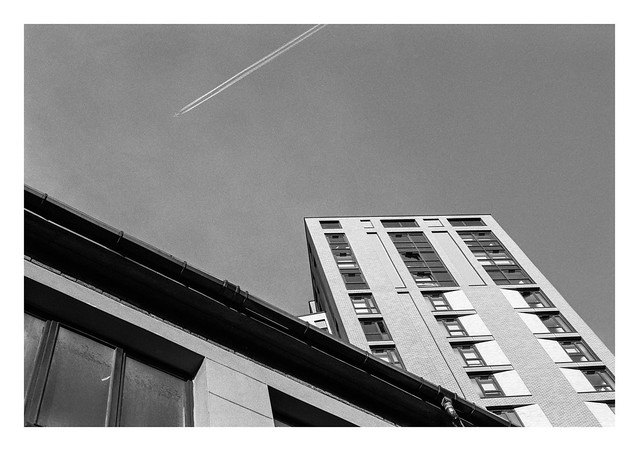