Following on from the last post, here are the remainder of the shots taken on Saturday 27 May.

Shortly after I finished taking the photos in part one, and after walking up towards the West Street / Glossop Road area, the sun decided to re-emerge and bathed everything in bright, and pretty humid, conditions.

I’d intended to got to the pedestrianised area between the old Henderson’s Relish building and the new university buildings that stand in the spot where the old Jessop’s maternity hospital once stood. The area is in the process of gentrification at the hands of the university and is none the worse for it. As much as I like to see old architecture remaining in place, the new buildings either incorporate the old, listed, architecture, or are modern in a pleasing way that makes for interesting photographs. The university bioincubator facility has a little sculpture / garden thingy in between the buildings that was catching the light nicely too.

Rather than describe each shot, I’ll drop a selection below. As with the previous post, these are a mixture of Yashica Mat 124 G / Kodak Ektar & Olympus 35 RC / Kodak Colorplus photographs. 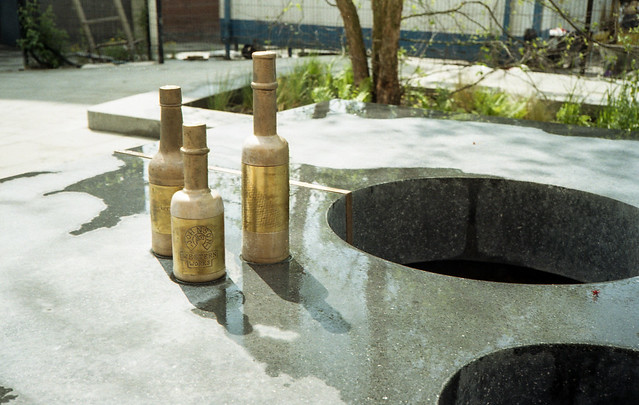 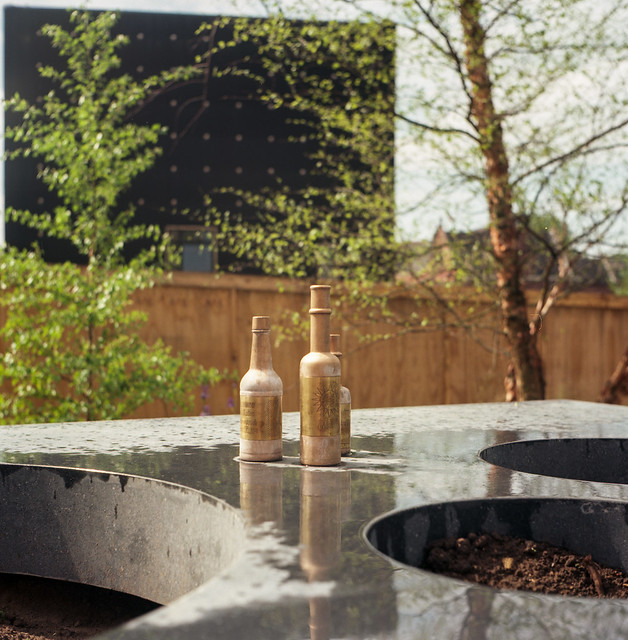 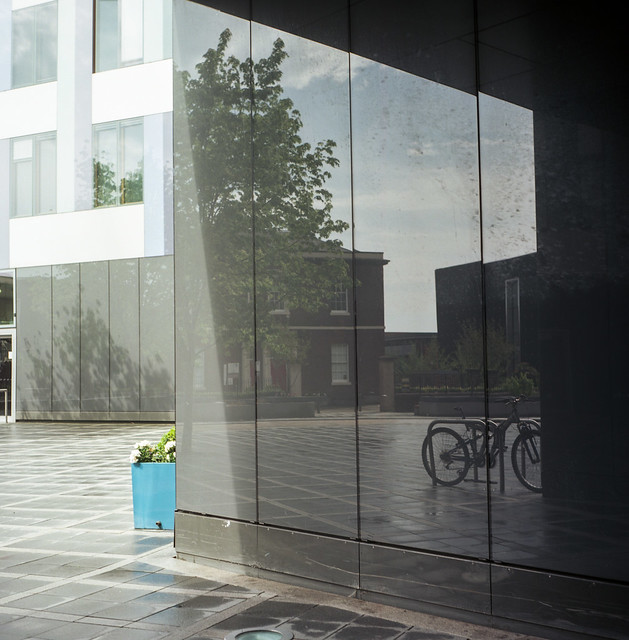 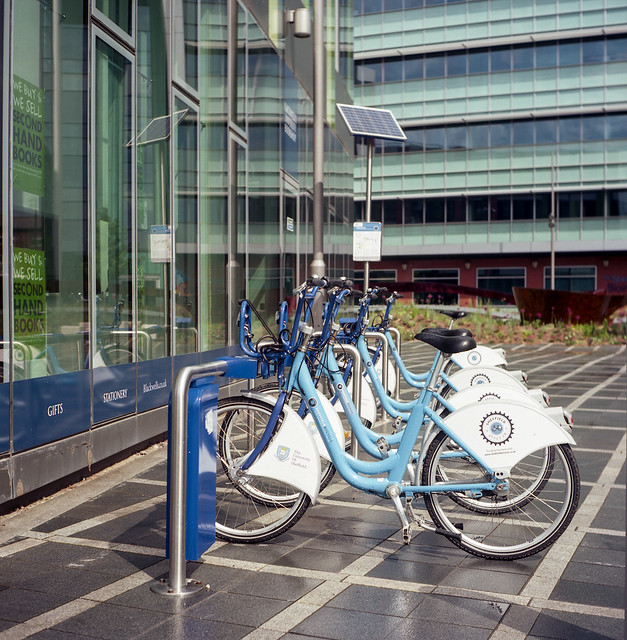 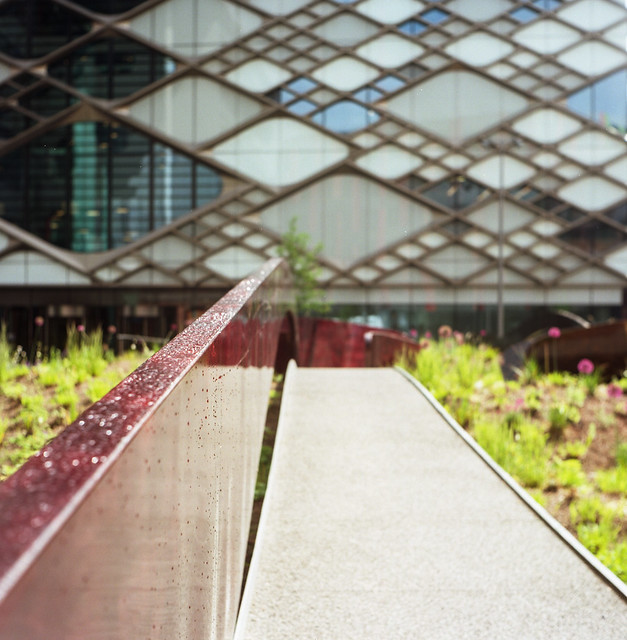 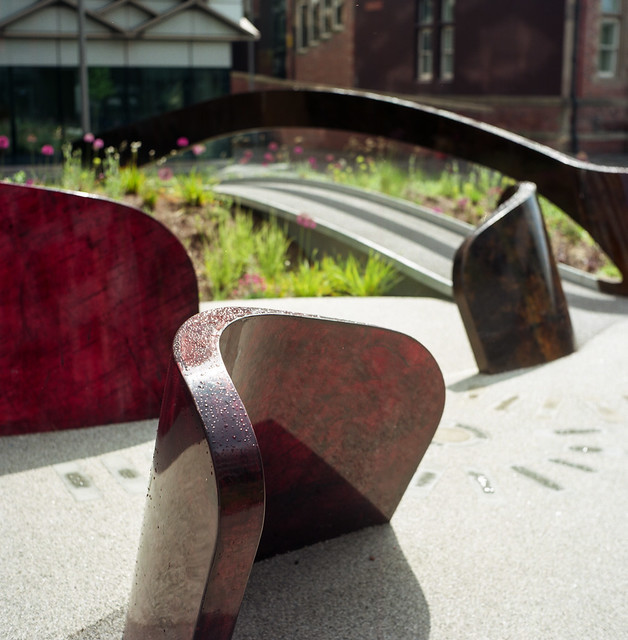 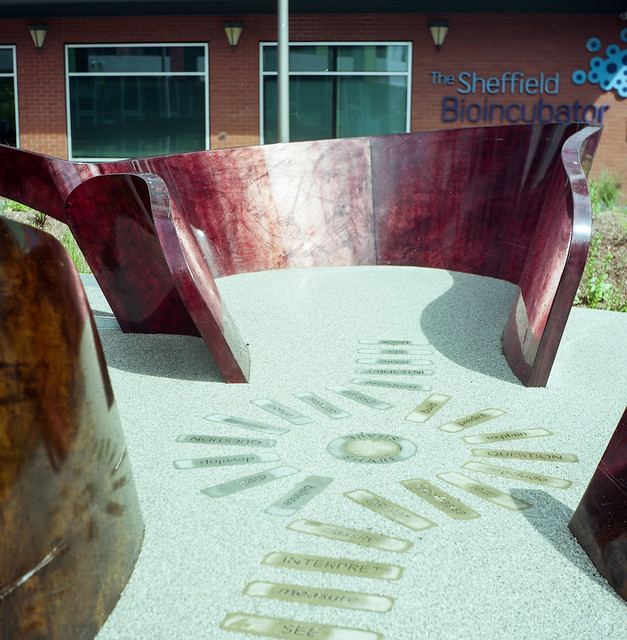 After this batch of shots, I started to walk back towards town down the back streets that run parallel to the main West Street drag. The remnants of the rain made for a nice reflection of a green doorway in the side of St. George’s lecture theatre (a deconsecrated church). I took two shots of this, one with the last frame of Ektar in the Yashica Mat, the other with the 35 RC. 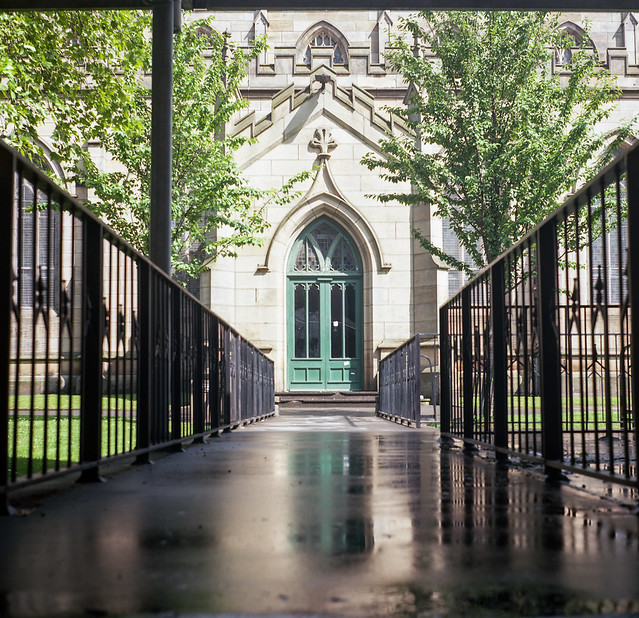 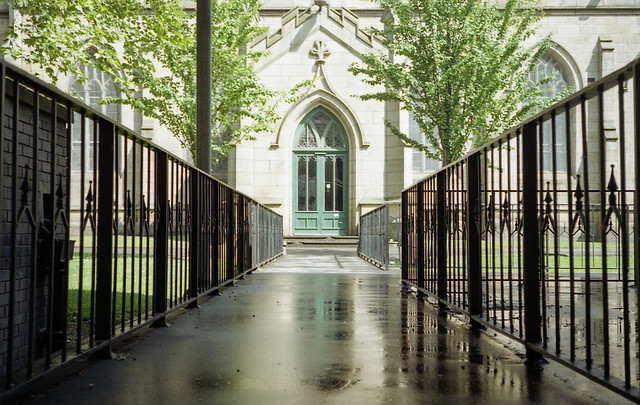 The rest of the day’s shots were with the 35 RC, and I’m pretty happy with a number of them, especially the last two of the set below (the guy walking past the university building and the “No Entry” road marking). 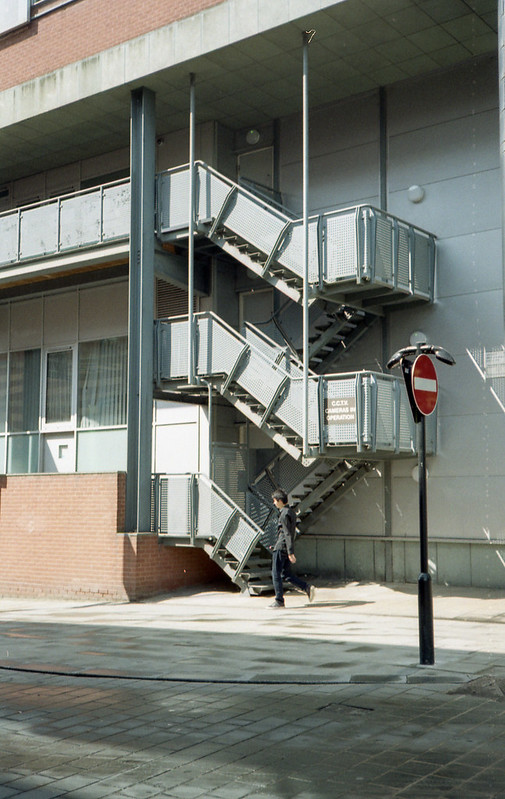 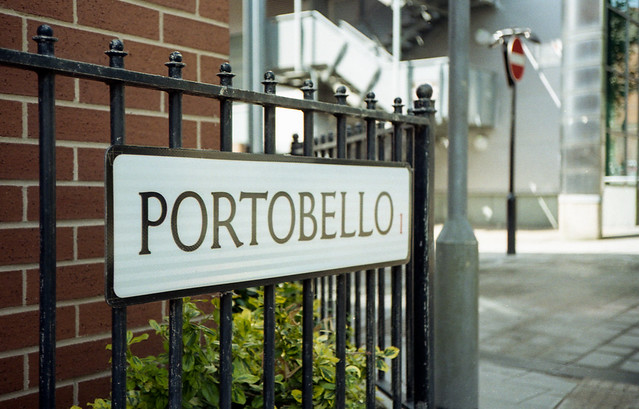 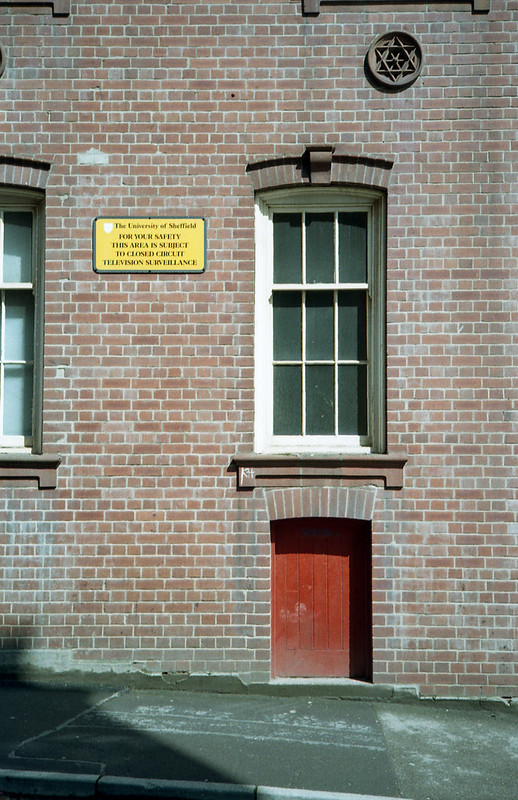 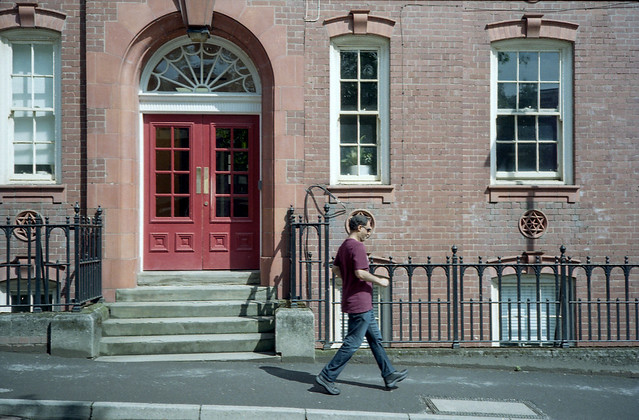 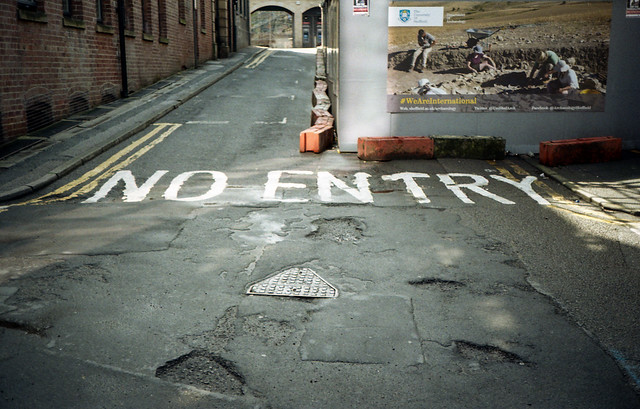 The final shot below, is of the Q-Park car park building off Rockingham Street. Sheffield has its fair share of mid 20th century brutalist design car-parks, as do most towns and cities in the country, but recently seems to have acquired several of far more interesting design, such as this one. 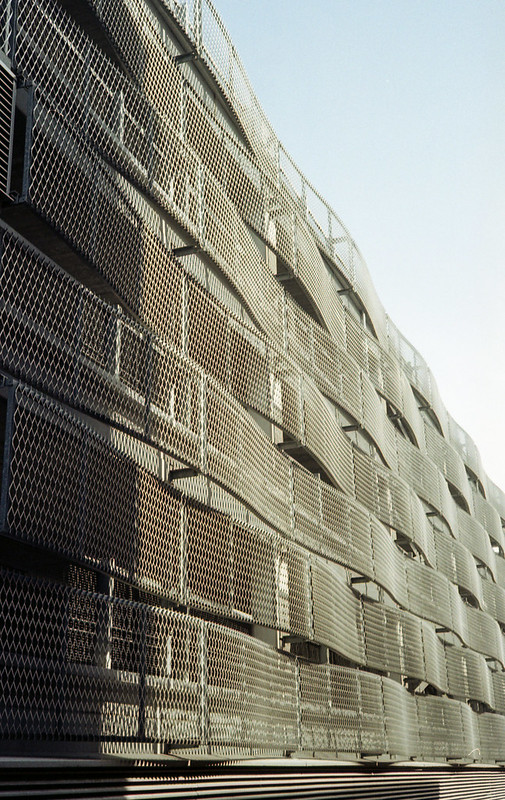 Probably back to black and white stuff for the next post.