After spending the best part of £50 on an English Heritage membership earlier in the year, I’ve been trying to ensure that I get value for money on it by visiting various English Heritage sites – although, to date, I’ve only managed to visit three, and the one I’m writing about today was free to enter in any case.

Sutton Scarsdale Hall is in Derbyshire between Chesterfield and Bolsover (one of the other EH sites I’ve visited, Bolsover Castle, can be easily seen from Sutton Scarsdale Hall on the opposite side of the wide valley in which both are situated). It can be observed from the M1 motorway, and this is how the place first came to my attention  many years ago.

The current house dates back to the 18th Century, although it is now just a shell – after falling into disrepair it was asset stripped early in the 20th century and the interior up to, and including, the roof were all removed and sold on. It is freely accessible to visitors, although on this occasion, my first, the interior was off-limits due to maintenance work and the main structure is bordered by some somewhat ugly metal fences that prevent access.

I shot a full roll of Fomapan 200 with my Yashica Mat 124 G during the visit, and I’ll include most of the photos here (three of the shots I took were quite similar, so I’ll just use the best of those, and one was out of focus, so that is omitted too).

#1. Not the first shot of the roll, but I’ll place it first here as it’s the view from the car park and the first thing you see upon arrival. 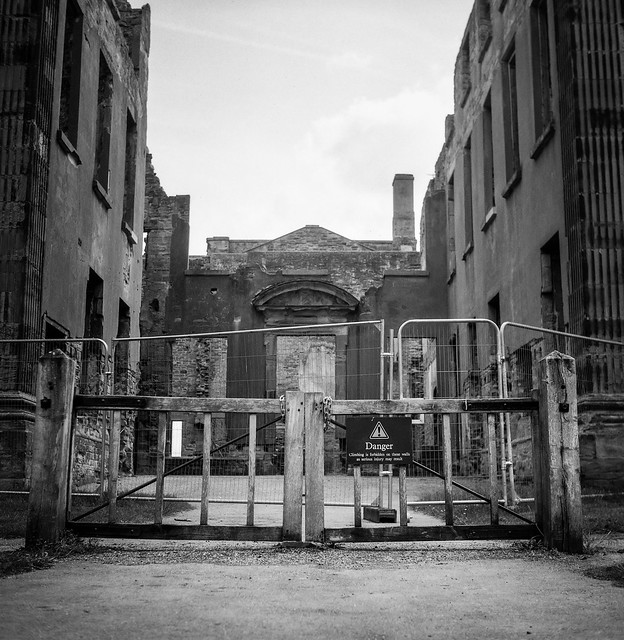 #2 & #3. The ornately columned east wall of the structure. 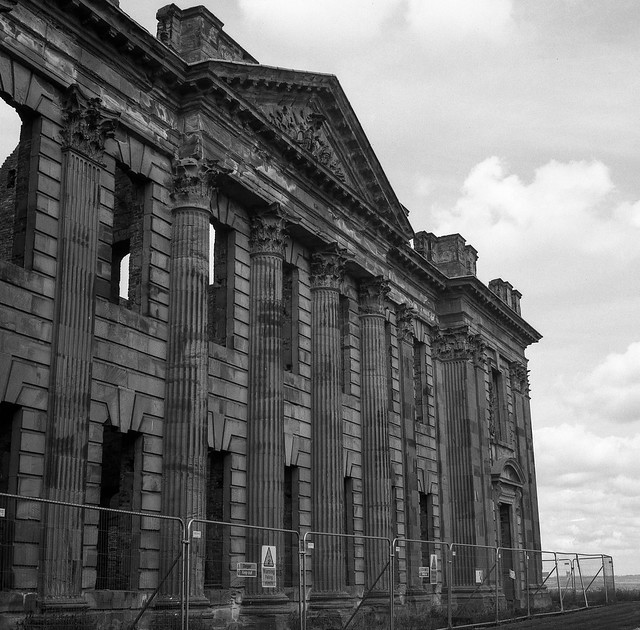 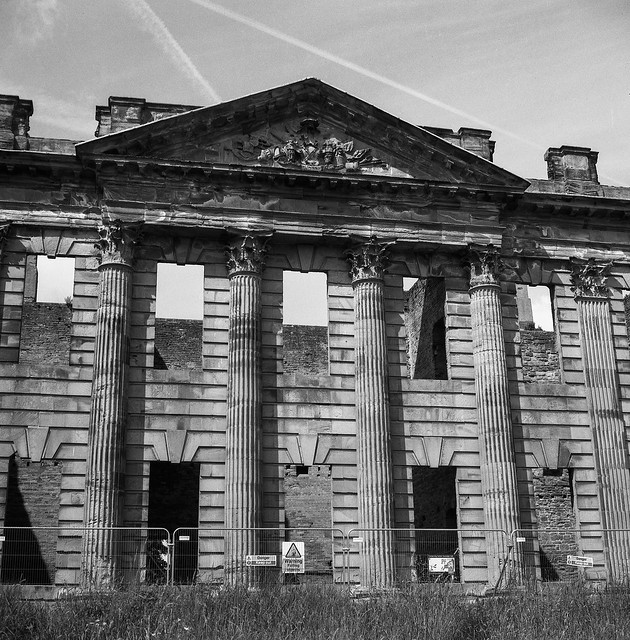 #4. To the east, the valley slopes down into the wide valley and this shot was taken looking back towards the hall. 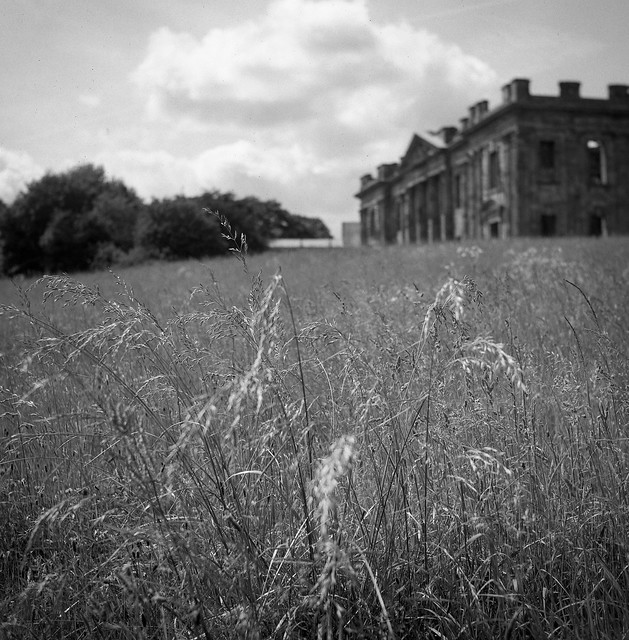 #5. Looking down into the valley, I spotted a couple of trees that made for a nice picture. 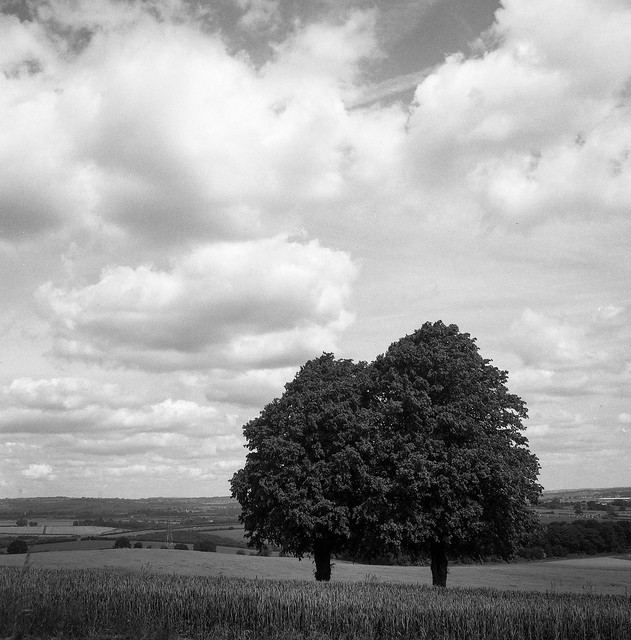 #6. I decided that I’d like another shot of the trees from a different angle. This involved climbing over a walled ditch (although someone had thoughtfully left a small wooden stepladder against the wall by which to climb up and down) and then walking down a track towards the trees. I actually took three variations of this shot (you can find the other two on my Flickr feed if you click one of the images in this post), but this is the one I really like. 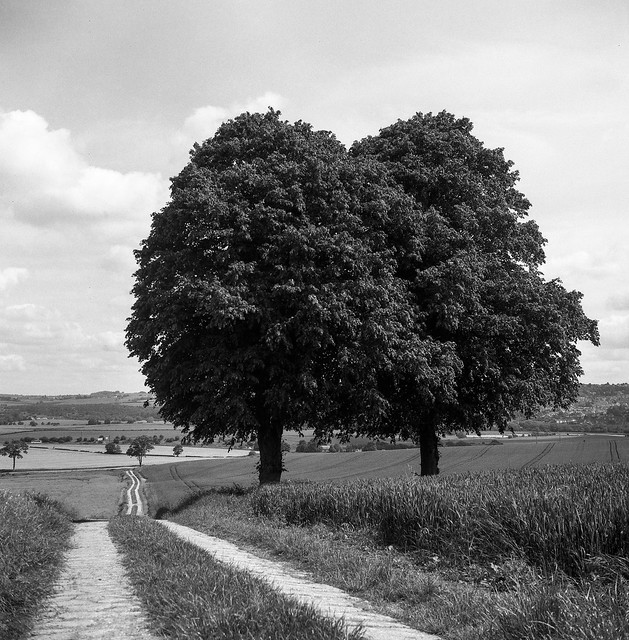 #7. A shot of some poppies growing in the field adjacent to the track. 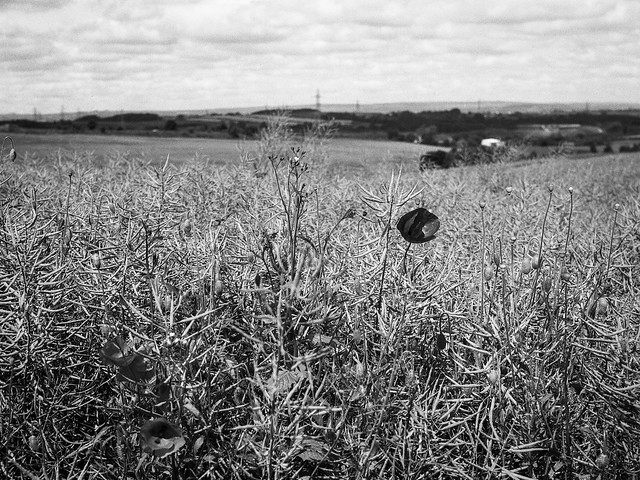 #8 & 9. The final two shots were taken in the churchyard of All Saints church in the nearby village of Heath. I’ve noticed the dollar-like symbols on gravestones before and wondered what they represented, so after taking this shot decided to look up the meaning. I discovered that, despite appearances, it’s not a $ symbol, but the letters I, H & S overlaid on one another and represent the first three letters of Jesus in Greek. 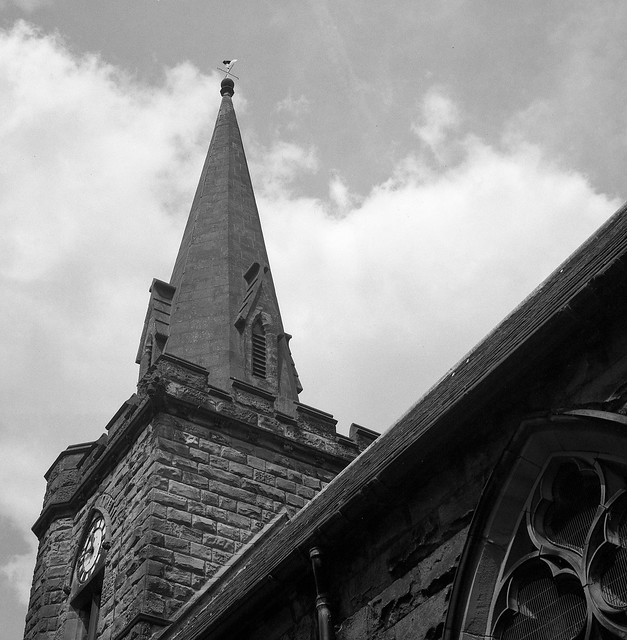 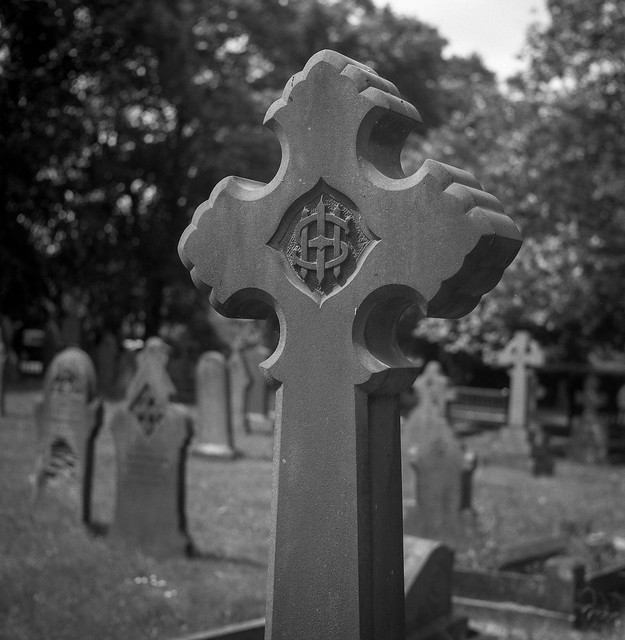 One thought on “Sutton Scarsdale Hall”