Well, a room with a view of the windows of the building opposite.

This was taken in my hotel room the morning after a works outing. It’s probably not quite up to Stephen Shore standards, but I do like the image.

It was taken primarily as a potential entry for the year long film photo comp I’m in – for this month’s “Frame within a frame” subject. I can’t win the competition now anyway as I don’t have enough accumulated points – the best I’ll manage is a draw (and that’s only if the current front runner gets no votes whatsoever this month) – so I’m happy to enter something slightly more experimental this time. 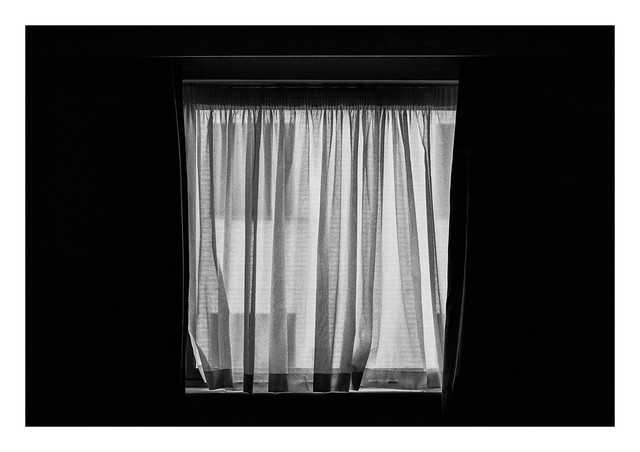