A week or so back I wrote a post about colour photography and how I like to use colour film to record vignette type shots (you can read it here). I think the theme may have legs, so I’ve decided to use the same post title format each time I do one of these.

So, again, here’s a trio of colour photos with no particular theme (although I guess they could fall under “architectural abstracts” or “looking upwards” something like that). The main reason I took these was that I wanted to test out a camera I bought last year – a Canon Sure Shot AF35M II (known as the Autoboy II in the US, I believe) which I bought for the princely sum of £1 at a a flea market. When I originally took the camera home and inserted some batteries it whirred noisily into life (this isn’t a quiet camera!) but then, on the first occasion I decided to shoot with it, it seemed to have died – fresh batteries did nothing, so I thought the worst. However, a couple of weeks back I decided to take another look at it and noticed a very small spot of corrosion on one of the battery terminals. Five minutes later, after some careful and professional(!) scraping with the tip of a screwdriver, I inserted some fresh batteries and it sprang back into an active state.

The camera has a 38mm f/2.8 glass lens that is nice and sharp, autofocus, flash, and a timer lever that also doubles as an AF lock for occasions where you don’t want your subject to be centered on the single AF point. The AF lock works effectively, but is perhaps best described as a somewhat clunky method for achieving the result. As I already have a Sure Shot (a Telemax) – albeit one with a slightly slower lens – I’ll probably sell the AF35M II so that someone will get good use of it, and I can use to proceeds to pay for one of my MF cameras to get a service. However, before selling it I needed to test it properly so went for a walk around town on an uncharacteristically sunny February afternoon the other weekend.

The camera was loaded with a roll of 2008 expired Fuji Superia 100 that has been cold stored, and I shot it at 80asa. So, anyway, onto the photos… 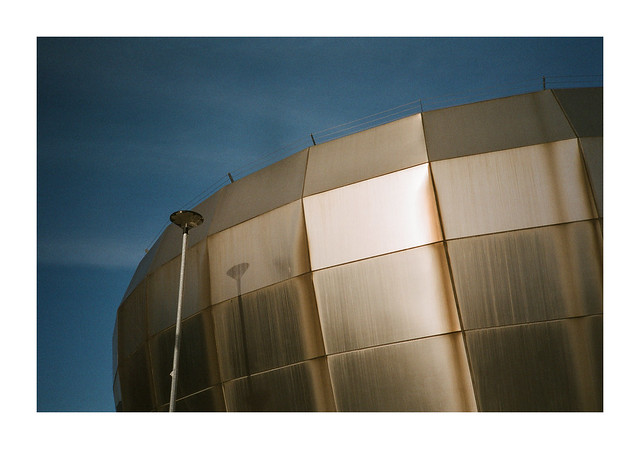 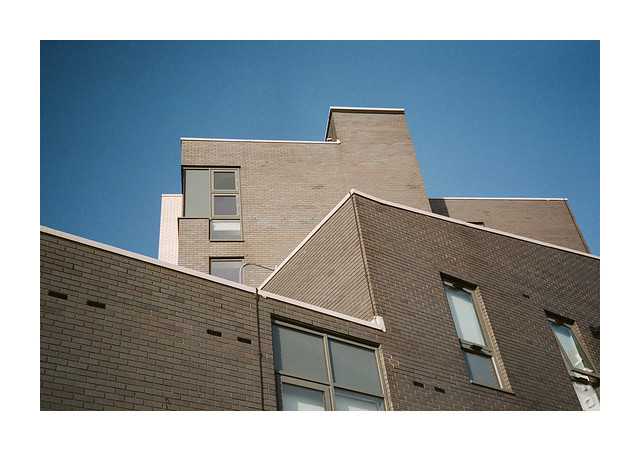 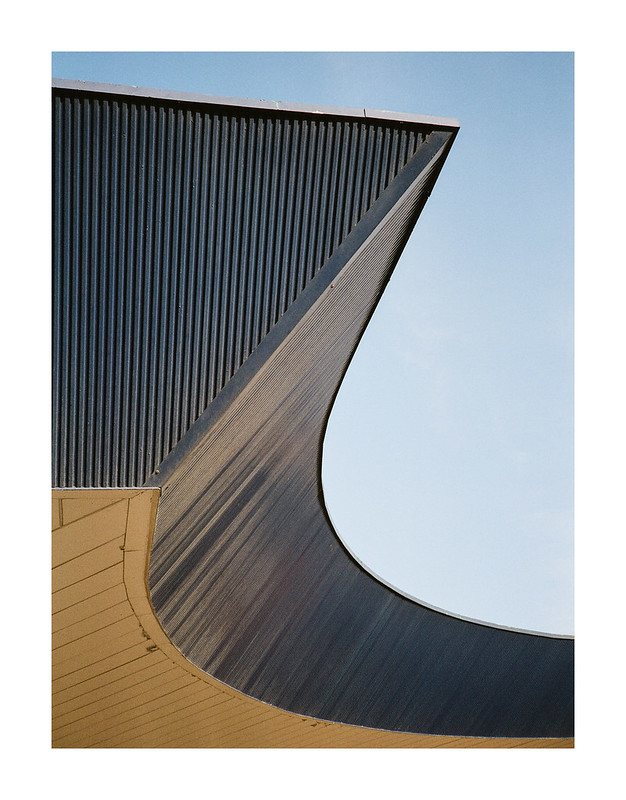 2 thoughts on “Splashes of colour and light #2”