A few photos today from my hike around Dale Dyke reservoir that I posted about a few weeks ago. I mentioned in that post about taking the Zeiss Mess-Ikonta 524/16 on the hike along with the Yashica Mat 124G. I’d loaded it with a roll of Ektachrome E200S that had expired back in 2003. I can’t remember where exactly I’d gotten the film from now, but I had no idea as to how it had been stored. I shot the first of the rolls with my Holga back in October last year. That roll had a severe purple cast. I was able to remove it to a large extent but it left nasty purple speckles in the shadow areas. While I would be shooting this second roll in a camera with more control over aperture and shutter speed, I was still not holding out high hopes for the film. 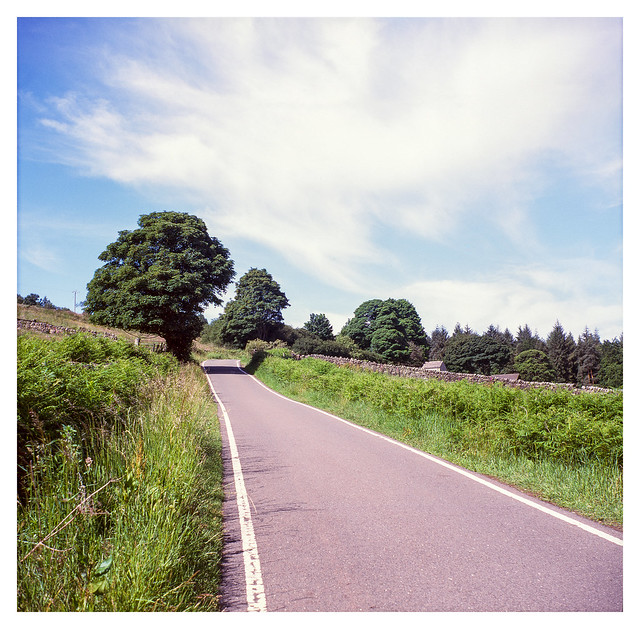 I decided to over-expose it a little given it’s age. Normally I follow the 1-stop per 10-years of expiry rule of thumb, but I’ve heard that E6 film works differently to colour negative film in this regard, so I decided to shoot it at 80asa. My mistake here was that I’d forgotten I was shooting a roll of E200S, and not E100, so I was in actual fact over-exposing the roll by more than a full stop. Thankfully, this worked out ok and probably produced better results than my original idea. 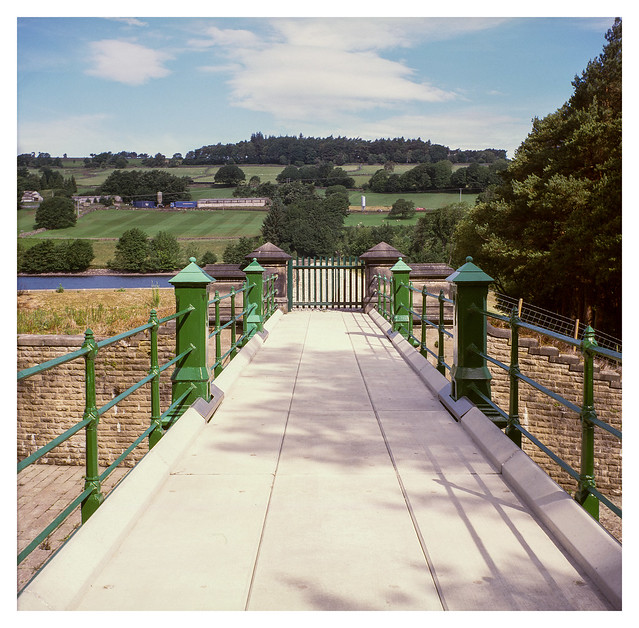 When I received the developed transparencies there was still a noticeable purple cast when I scanned them, but colour correction in the scanning software, plus some further work in Lightroom managed to remove the bulk of this. There’s still a hint of purple to the results, and the deep shadow areas have a little purple speckling, but it’s barely noticeable when compared to the first roll I shot through the Holga. On the whole I’m really pleased with the results I got and it’s encouraged me to shoot some more of the E6 film I have in the fridge.

The three shots here were hand-held. 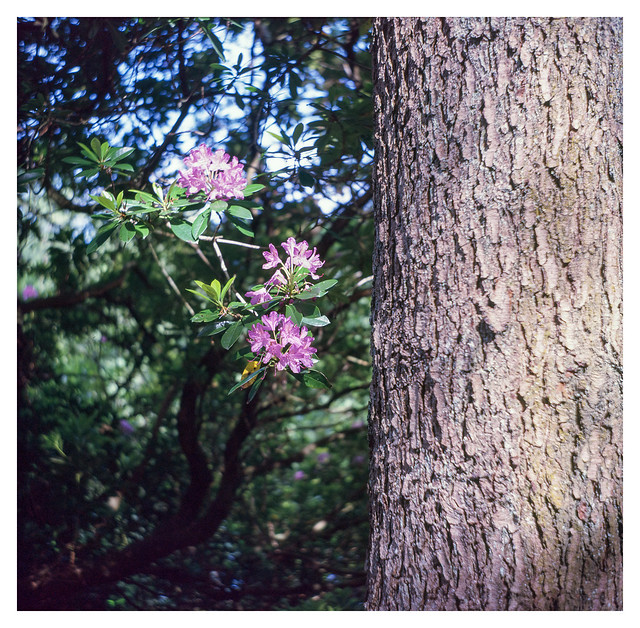