I think the flag really makes this picture. Without it it would have been much of a muchness, especially with the uninspiring sky.

An impromptu image for today’s post. A few weeks ago when the local signalbox was being demolished, my wife and I walked down to see what was going on – it would have been the last day the box was standing and I wanted to get some farewell photos in case I wasn’t able to withness its removal the following day. On the way there I glanced upwards and saw this forlorn strand of bunting hanging from some lights, probably left over from the last local community fun-day which takes place in the summer (but which didn’t happen last year due to Covid, and which similarly won’t take place this year either). I liked the way it looked against the blue sky and high-altitude clouds.

Dangling from above
Lone triangle of colour
A Fun-day remnant 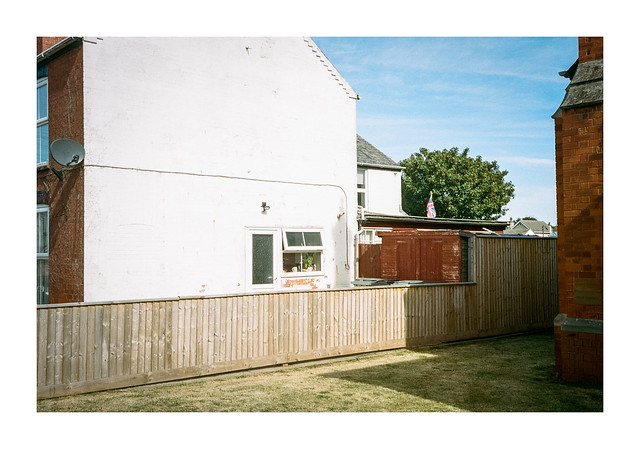 Ok, so you’d be unlikely to see The Hoff or Pamela Anderson here in Scarborough, even twenty-five years ago, but it’s all the same thing really, isn’t it? Well, maybe without the L.A. glamour, hot weather, and crime-fighting shenanigans. 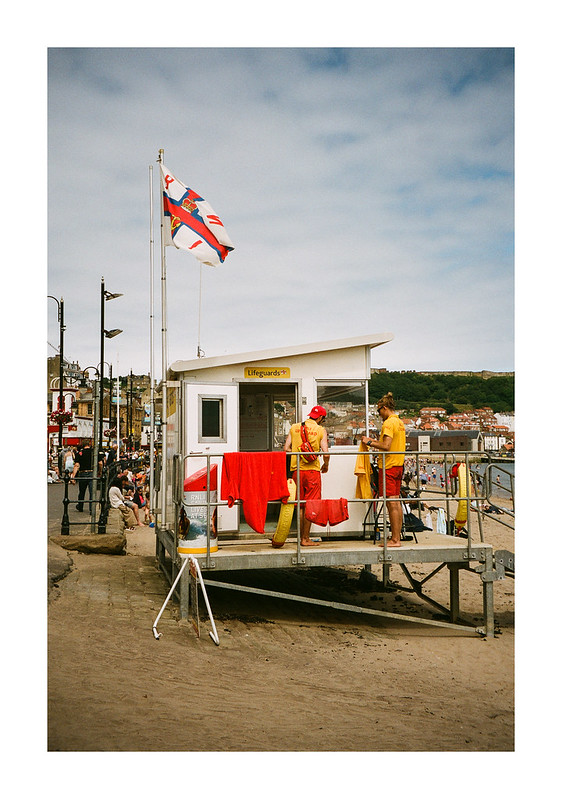 Going back almost two months to New York where I took this photo in The Occulus, which is a very fine place to take photographs if you get the opportunity. 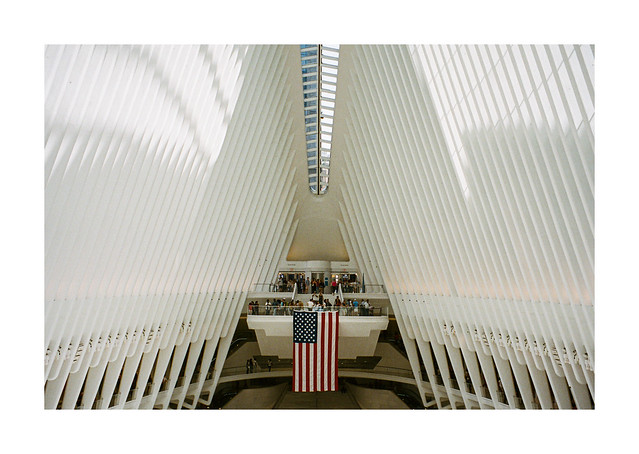 At the eastern end of the Occulus transport hub / shopping mall atrium at the World Trade Center hangs this large US flag. At first I wondered if it was back to front, but on looking it up I learned that this is the correct way for it to be hung in a vertical orientation. My knowledge of the world has expanded a little.

I took many photos in the Occulus, both on film and digital, and it’s a very photogenic place. It is also surprisingly difficult to get pleasing photos of people in the atrium as it’s tricky to get the composition and placement of individuals just how you want them before someone walks in or out of the frame, breaking the harmony of the shot. 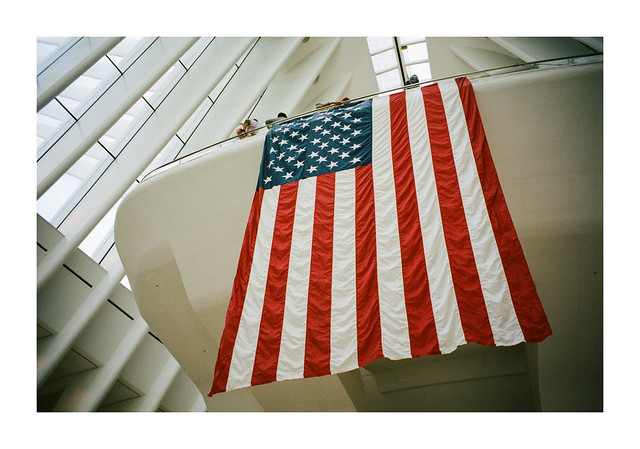