Just to the east of the village of Eyam lie the Riley Graves. This is a small cluster of graves (six in all) surrounded by a drystone wall. Depsite the name, the graves are of the Hancocke family, who all lost their lives to the plague in between the 3rd and the 17th August 1666. The name of the graves comes from Riley’s field, which is where they are situated. 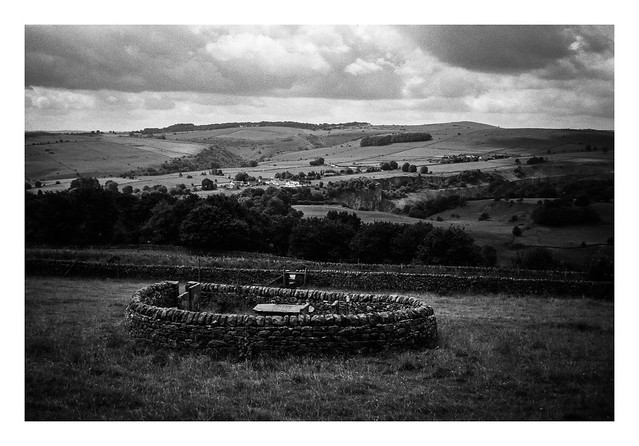 This sundial is on the side of the church in Eyam. As the sign states, it is almost 250 years old. I wonder if it still keeps good time? 🙂 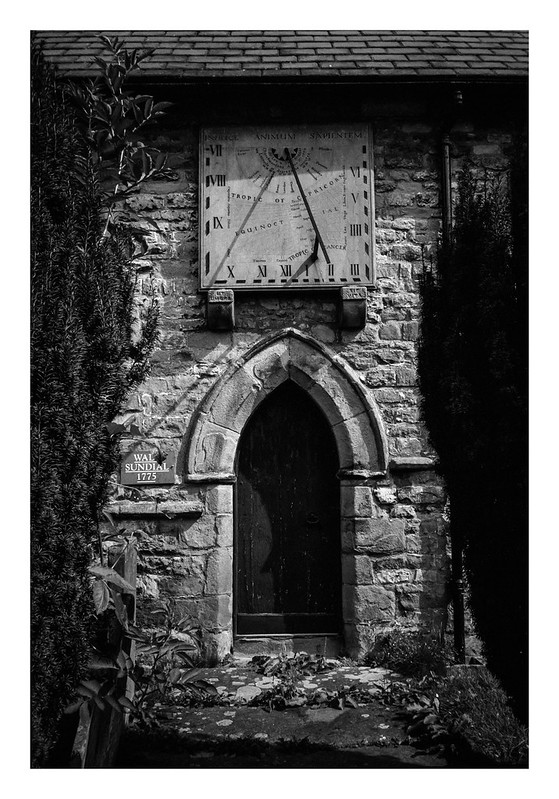 The postman makes his rounds in the village of Eyam.

Someone commented that this picture has quite a vignette, and I guess it does – I tend to add a vignette to most of my pictures in post processing, although I don’t go overboard with it. This doesn’t have any more vignetting than the others I post but it does look more noticeable (although I don’t mind). I think it’s partly down to the two areas of blue sky at the upper corners of the photo that serve to emphasise the vignette more than if it were just white cloud. 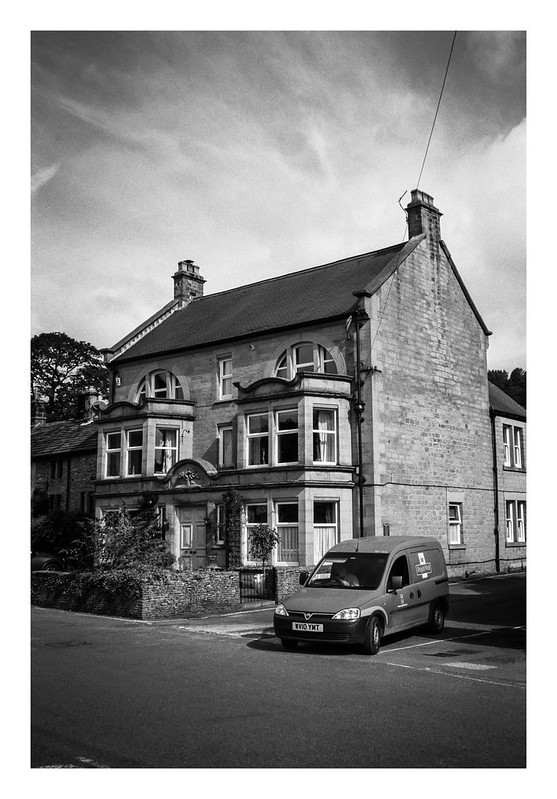 Perhaps not concrete, more stone and cement, but this encroaching ivy is making a good job of claiming this cottage. The side door has already been blocked and the window will not be far behind. 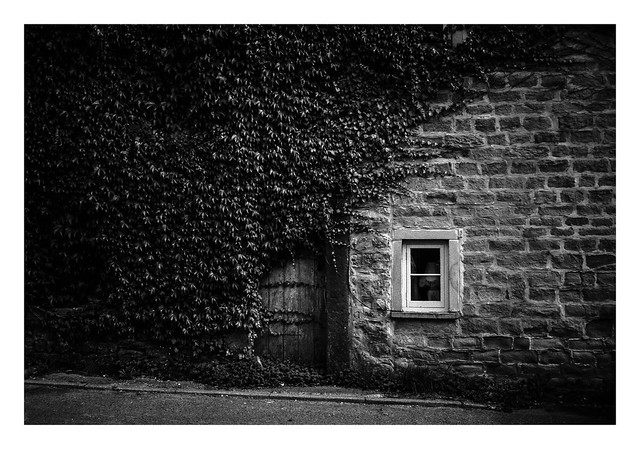 Another picture from the lane near Eyam. I was on my way back to the start point when I took this one and the track made a short twist here. I’m not sure why – I couldn’t see anything that would physically require the bend, but who knows what might have been there in the past – either trees, or maybe different ownership of plots of land or something? 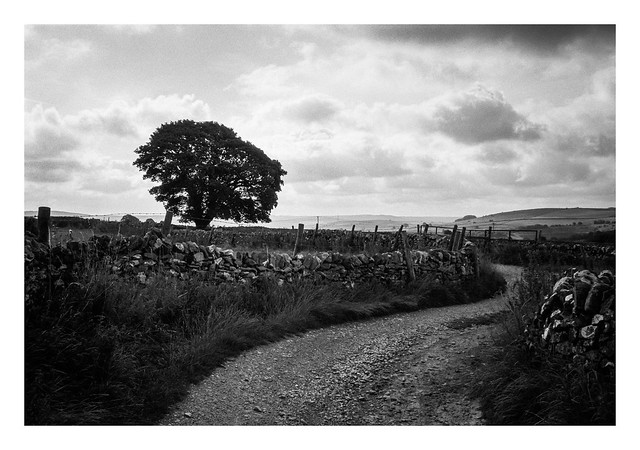 A shot from a walk in the countryside near Eyam on Thursday morning. The trip was ostensibly for a recce of a location (as seen in this shot) and I took a bunch of photos on digital with the plan being, if they look ok, to come back in the autumn for an early morning picture with some colour on the tree.

I also had the Minolta Hi-Matic G2 with me as I’ve been running a roll of HP5+ through it to check it’s all ok prior to selling it on. It’s a nice little camera, but this is only the second time I’ve used it since I got it nearly three years ago, and it doesn’t really do anything that my Olympus Trip 35 doesn’t. The action on the advance lever is sweeeet though!.

I’m not sure if the battery in the camera is running low or if it’s the wrong voltage, but most of the shots came back a little underexposed. This, however, has resulted in some wonderfully gritty and atmospheric results that I’m really taken with. You will probably be seeing more of them over the coming days. 🙂 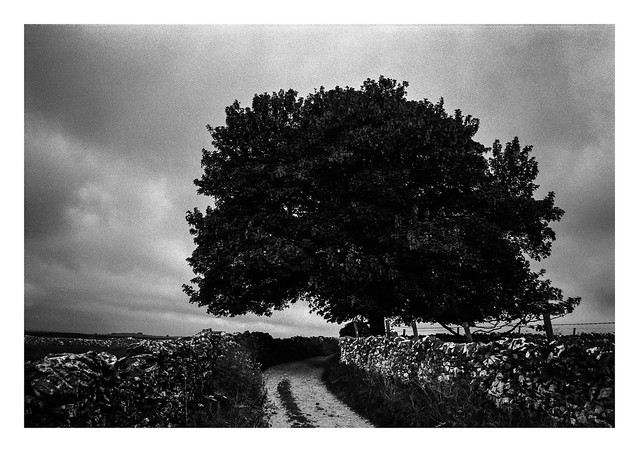 The sheep roasting jack in Eyam in the Peak District. The village carnival, when the sheep roast takes place, is held each September. It’s not something I’ve ever attended, but it’s nearly lunchtime and the thought of it is making me hungry!

The second photograph is of a building just behind the roasting jack. 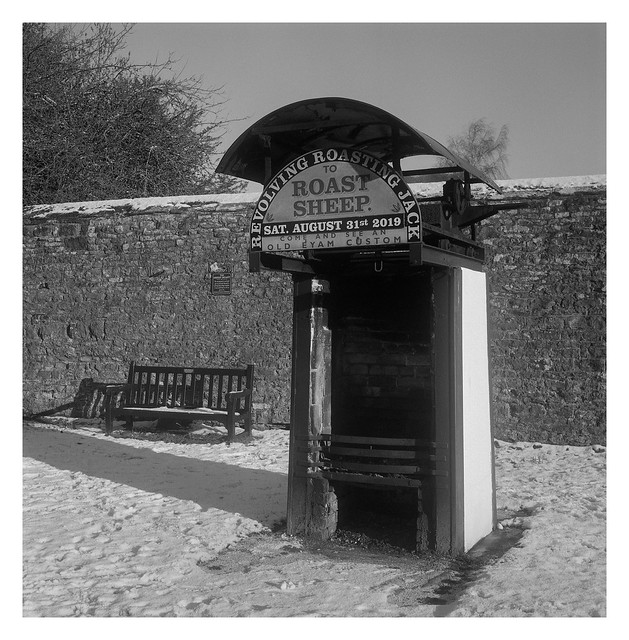 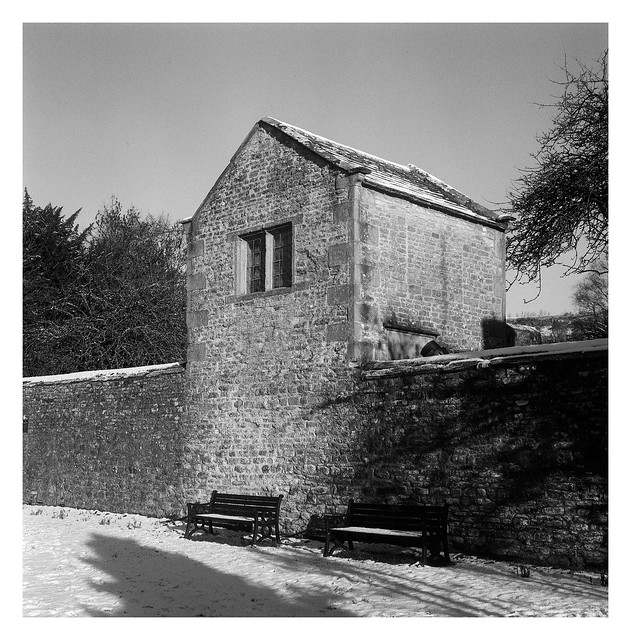 The rear of Eyam church is where the more recent graves appear to be located, and they rest in orderly rows overlooked by a number of tall trees. 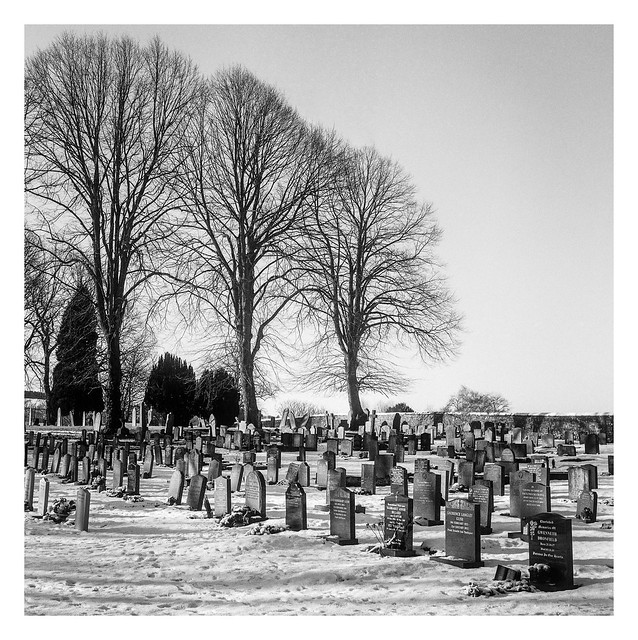 I really like the way this quaint village scene came out (it’s in Eyam). It has a nice contrast and crispness about it. It has a somewhat nostalgic air, or a least it does until you notice the modern cars in the background and the fact that the phone box has now been modified to house a defibrillator instead of a payphone. Hopefully no-one will attempt to make a call with it! 🙂 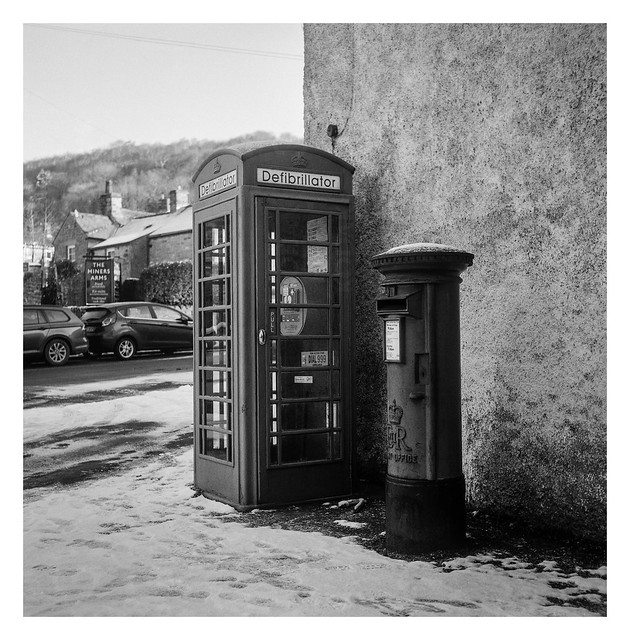