The sole reason for this shot was the little fella peeking out of the window in the middle of the frame. It feels like a happy picture to go into the weekend on.

A quick post today, but beefed up with three photographs rather than the usual one. All three were taken at Leeds Dock beside the Royal Armouries museum (after I left the museum).

I’ve walked past this bungalow on a number of occasions and noticed a Jack Russel terrier peeking out the window. On this day I snapped his picture as I walked by.

I have a camera review planned for the blog sometime soon, I’d hoped to have written it before now but – even though I’m off work this week – I’ve not gotten around to it yet. The thing with having a week off is that I have a lot of stuff I’ve planned to do while I have the chance. Probably too much stuff.

While some of it I’ve achieved (including cleaning and shooting the camera I plan to review) , others – including some mundane, but desireable things like just watching some movies and reading some of my big pile of photobooks – have yet to be done. And I really want to do some of those mundane but relaxing things before work comes beckoning again. I might get chance to write the review tomorrow. Or I might not.

In the meantime, there might be a series of short posts while I figure out what I’m doing with my time. So, today, here’s a picture of a dog outside a cafe…

“Bracing”, that’s the word we use to describe those seaside walks in bitterly cold wind.

This day however was far from bracing – it was taken back in February during an unseasonably warm period.  Good old climate change, eh? At least we’ll get some nice warm days at the seaside in the middle of the winter before the sea swamps the place altogether so we can never visit it again. 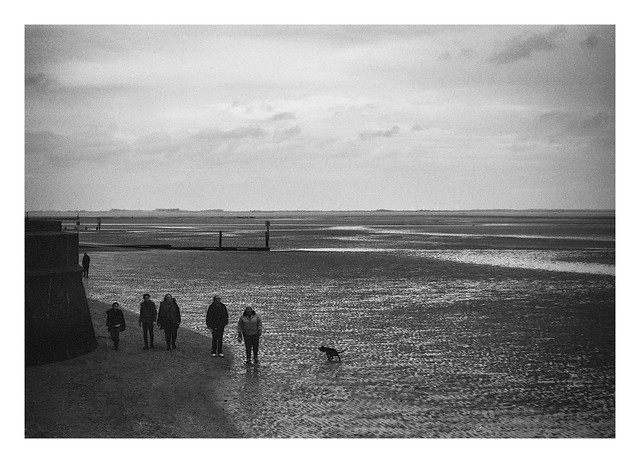 Not a patch on Erwitt’s work, of course, but it reminded me of his photographs nonetheless. 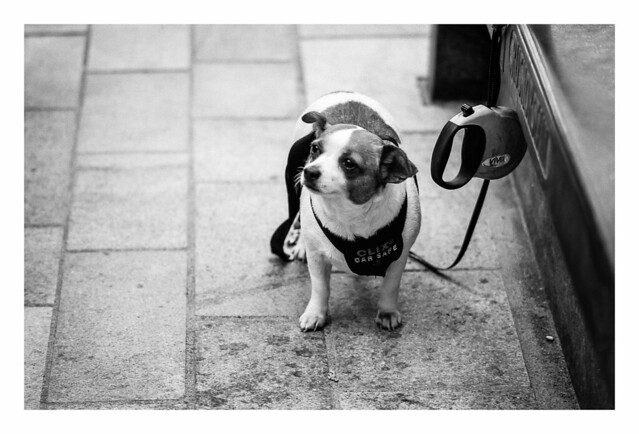