And so the “photos of houses” (or a “guest” house in theis case) continues. I expect thwo or three more days of these to go – although a couple of them are not houses, so there’s that…

I did manage to finish and develop a roll of HP5+ yesterday though, so the future of the blog, insofar as having some fresh photos, is assured for another week or so if I can get my finger out and start scanning them. 🙂

The informal photo competition I take part in each month had a theme of “Tempting” last month, and I made a few photos that might fit the bill – the picture I posted here yesterday of the seaside cafe was the one I chose to enter and it got me second place.

The photo in today’s blog was another potential entry, and one I’d had high hopes for, but I was disappointed when I received the developed film as the ice cream cone was off to the left of the image. I quickly realised that this was due to me not using the parallax correction lines in the camera’s viewfinder. I’d had to hold the ice cream at the limit of my reach in order for the camera to focus correctly, and this meant the subject was close enough for parallax error to creep into the composition. The camera does have a macro mode, but that uses a partial zoom which meant the subject fell well outside the image edges when viewed.

After looking at the photo again I decided that it might work with an off-centre viewpoint, so I cropped in a little to get the picture you see here. I’m pretty happy with it now.

The clunky coin-operated telescope – a staple of the seaside resort in the UK (and probably all over the world – there were loads of them dotted around when I visited New York for instance, although were fancy binocular variants). They always seem awkward to use. Big heavy lumps of metal and glass on stiff supports with a limited range of movement. The optics are often full of debris, giving a nostalgic, cataract-ridden view of whatever you manage to point them towards. They probably promise more than they tend to deliver, but I’m happy they’re there, especially when they look beautiful against the blue summer sky as this one does.

Say what can you see?
Out on the beach and the seas
And up in the skies

The sign for the Fun Park stands out vividly against the lapis-blue of the summer sky. At least when shot with this roll of expired Fuji Sensia. I don’t think it was quite so vivid in reality, but who cares about that?

In summertime skies
A bright glory of colour
Welcomes visitors

An impromptu image for today’s post. A few weeks ago when the local signalbox was being demolished, my wife and I walked down to see what was going on – it would have been the last day the box was standing and I wanted to get some farewell photos in case I wasn’t able to withness its removal the following day. On the way there I glanced upwards and saw this forlorn strand of bunting hanging from some lights, probably left over from the last local community fun-day which takes place in the summer (but which didn’t happen last year due to Covid, and which similarly won’t take place this year either). I liked the way it looked against the blue sky and high-altitude clouds.

Dangling from above
Lone triangle of colour
A Fun-day remnant

The insect screen that hangs over the back door catches the wind pretty easily, and so it did while I sat on the back garden one day back in April. I liked the way the fluttering tassles looked against the blue sky so decided to take a photo. Obviously, as soon as I got my camera in hand this meant the wind dropped and I had to stand in place for five minutes before they blew into the air again.

This shot isn’t perfect – it has a significant vignette for some reason, and very few sections of the tassles are in focus, but I like the summery feel it has. 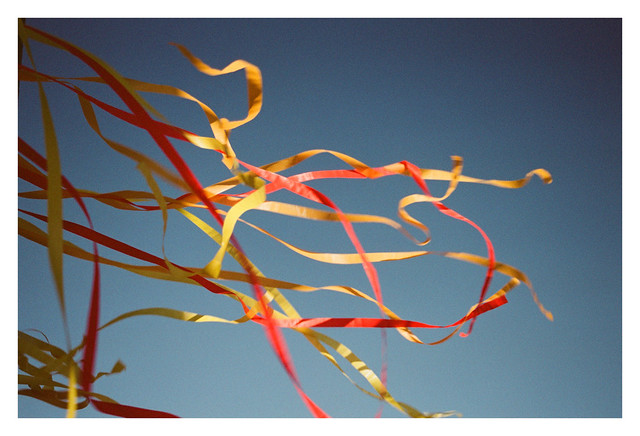 But not from Bravos…

I’m very impressed with the way the Fuji Provia has captured this scene. While there might be a slight loss of shadow detail between the leaves, the colours and tones in this are pretty impressive to my eye. So far I’ve been very pleased with the results I’ve had from Provia, especially given they’ve all been based on readings from my little Sekonic L-208 analog meter. It’s an accurate, but somewhat basic meter, so coupled with the meterless Zeiss Mess-Ikonta and it’s completely manual (and click-free) shutter-speed and aperture dials, there’s almost certainly some drift from the true settings taking place, but the film handles it with aplomb. 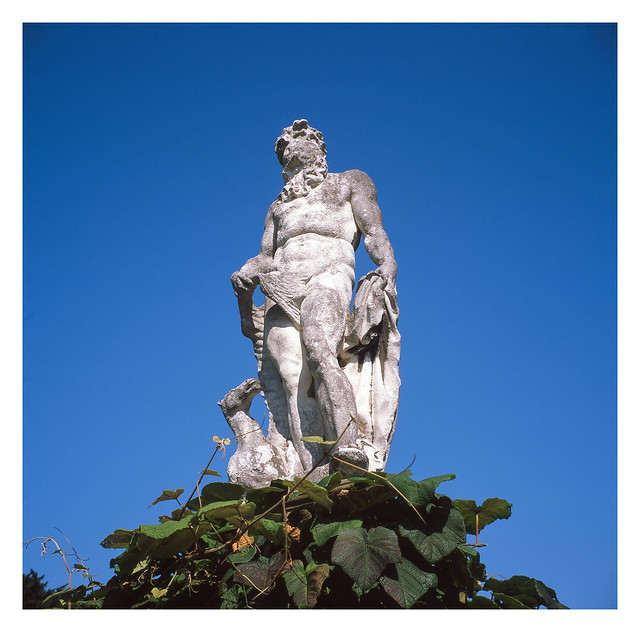 I went for a drive to find something to shoot the last few frames of a roll of Portra I had in the Yashica Mat. As I rounded a bend on a country lane, the sunlight on this ploughed field caught my eye. 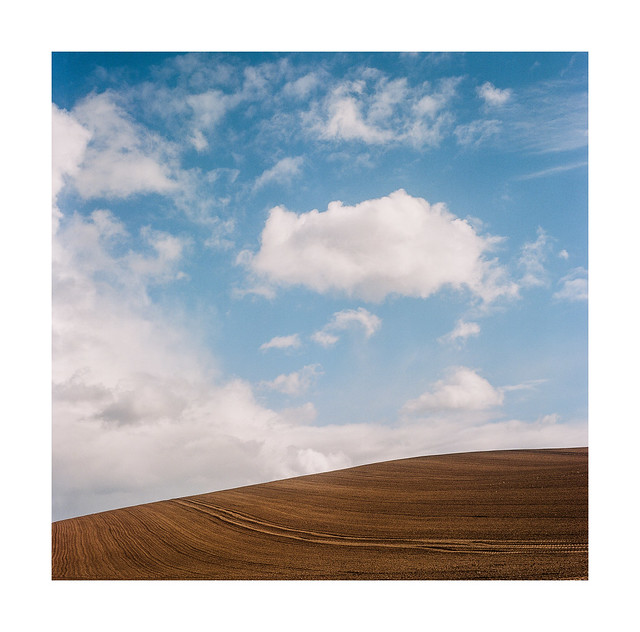