A few shots today from my new (to me) Olympus XA3 which I acquired a month ago. I’ve shot three rolls with it so far and the results from each have been pretty impressive. It’s a low-frills camera, but it makes up for it with a sharp lens and tiny form factor – a benefit both in its portability and also because the film transport is so short that I’ve gotten 39 shots a roll from it each time!

The photos from this first roll were made on a walk around the edge of the city centre and intended mostly to test the camera for oparating problems / light leaks etc. (of which there are, thankfully, none) so expect a bunch of slightly randon pictures of buildings and anything else that caught my eye on the day in coming posts.

When I bought my OM-2n a couple of months ago it came with a Tamron Adaptall lens – a 35-70mm zoom if I remember correctly. The lens was in very nice condition but produced noteably softer results than my Olympus Zuiko lenses, so I sold it on. As I already have an OM-1 I have a small collection of Zuiko glass that I can use with the OM-2n already.

I did notice, however, that my F.Zuiko 50mm f/1.8 lens had developed a bit of looseness in the aperture ring. I don’t think it affects the funtionality, but the firm clicks when it rotates has become gentle bumps. So I decided, if I could find one at a decent price, to buy another.

I ended up with a Zuiko (note the lack of F.) Auto-S 50mm f/1.8 in great condition and at a low price. The lens is in the 5,XXX,XXX serial number range with “made in Japan” on the front ring. Apparently these are amongst the sharpest of the numerous variants of this lens that Olympus produced – not that any of them are optical slouches. While I’ve not done any like-for-like tests against my other version (and am unlikely to), this lens is very sharp. 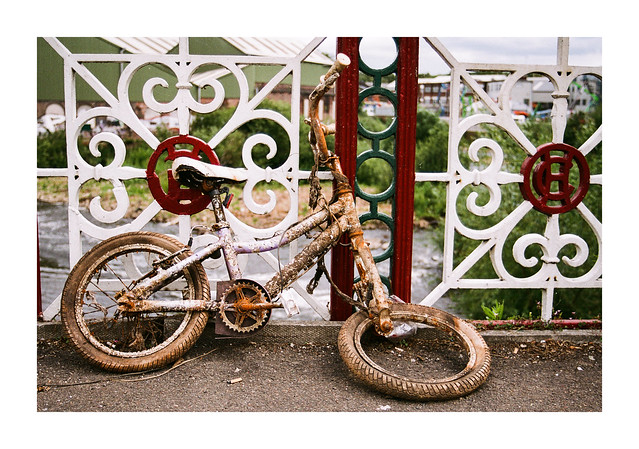 The annual Tramlines festival took place in Sheffield last weekend and so I went for a walk around the town centre on the Sunday morning. I ended up taking very few photos of subjects directly related to the festival, but there were a number of other related events taking place around the town centre too. As I walked through Barker’s Pool I saw a bloke sat on the City Hall steps who I though might make for a nice subject. As I was sizing up the composition I heard the sound of approaching music and turned around to see a pair of decidedly unusual bicycle-mounted instruments approaching, so I took some photos of them instead. 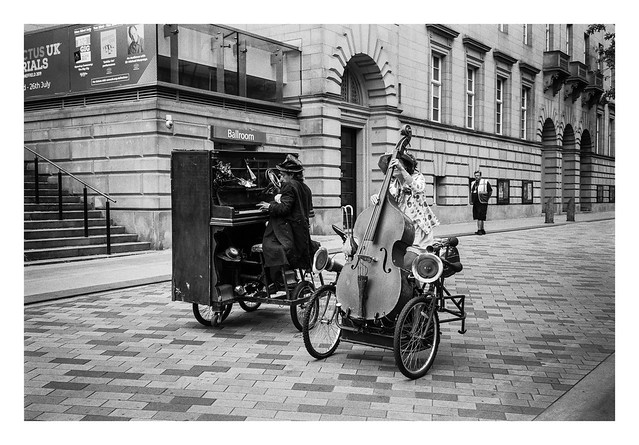 I took a day off work last week and did the first bit of film photography I’ve done in a couple of months or more. 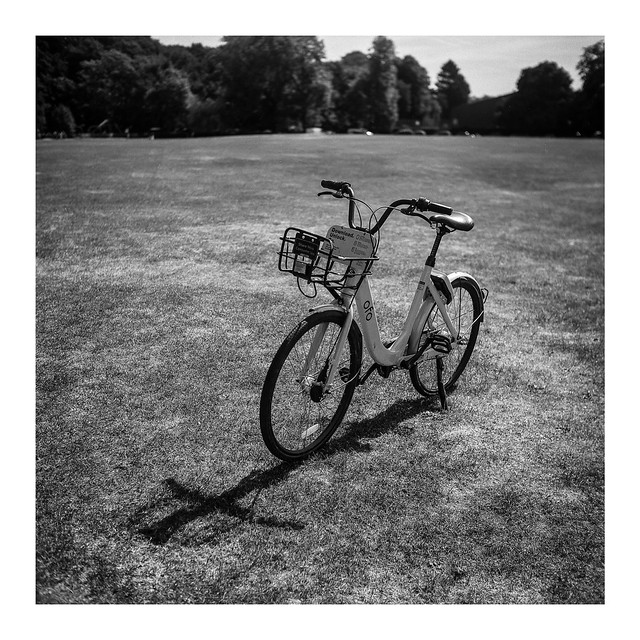 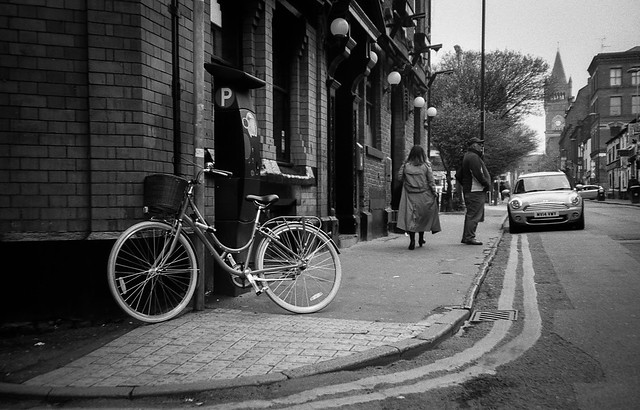