Given Fuji Velvia’s penchant for rich saturated colours, I couldn’t help photographing a couple of red pillar boxes with it. 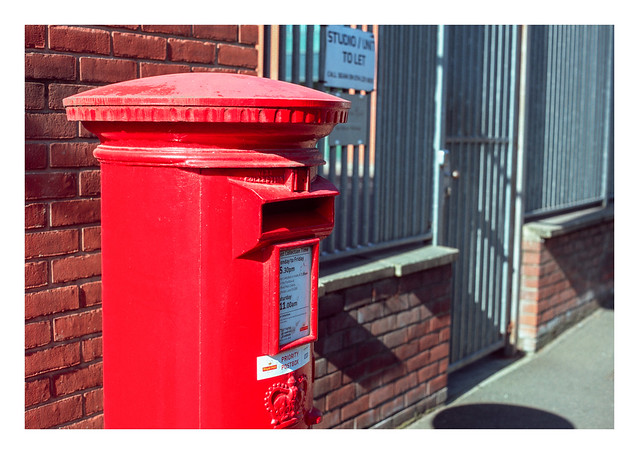 Scanning this Velvia 100 took a bit of trial and error to get the colours and tones correct. My initial attempts resulted in slightly flat looking images, lacking in that brightness that you see when viewing a transparency in natuaral light, so I had to create a Lightroom preset to make the necessary adjustments required. Even then, however, the scans still had a very warm cast to them. A little research revealed that scanned Velvia 100 is sometimes nicknamed Redvia due to the red tones in the shadows. It might be possible to remove this in Lightroom, but I found it easier to set up an action in Photoshop to use a curves layer to drop the shadows in the red channel. They look much closer to the original transparencies now, but retain those saturated tones that the film is known for. 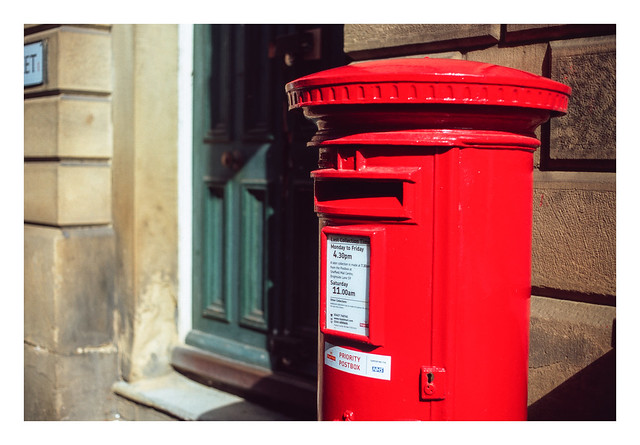 I’ve been really pleased with the results from this roll (and the fact that the OM-2n’s meter has proven itself to be dependable even when metering for something as finicky as slide film). I hope the other four rolls I have will be just as satisfying.