It’s one of those horribly humind days here today. I had plans of finishing work for the week and getting on with a few things I wanted to do. But then, literally just as I was about to down tools for the day one of my sons infomed me that his internet wasn’t working. All the other network connected devices in the house were operating as expected. Cue the next 1.5 hours of me faffing around trying to find a solution.

At first I thought it might just be a case of resetting the router, but that failed to resolve things. Then I tried swapping his homeplug for one from a working device. No luck there. I tried deleting his PC from the router so it would reconnect. Nada. Eventually I found out that, for some unknown and annoying reason, the plug socket in which his homeplug was inserted was at fault. Despite it looking like it was fine – the homeplug lit up and flickered as though connected, and it had been working perfectly well for years up until today – for some reason it now wasn’t. Connecting the homeplug to another socket six inches away resolved the issue.

And now, here I am, hot, sweaty and pi**ed off at having to start my weekend in this way.

Here are a coiple of photos of windows on office blocks for no real reason other than I uploaded them both to Flickr today. 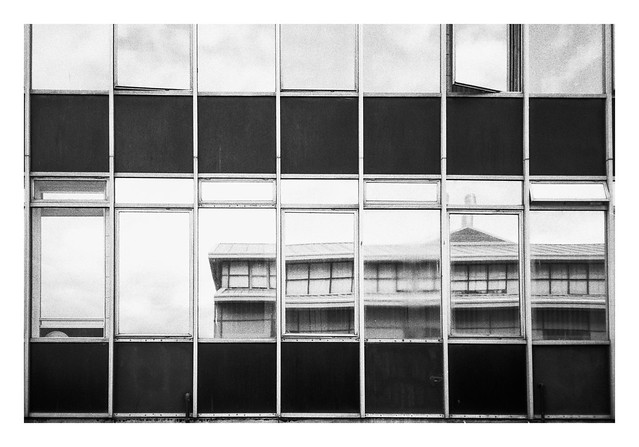 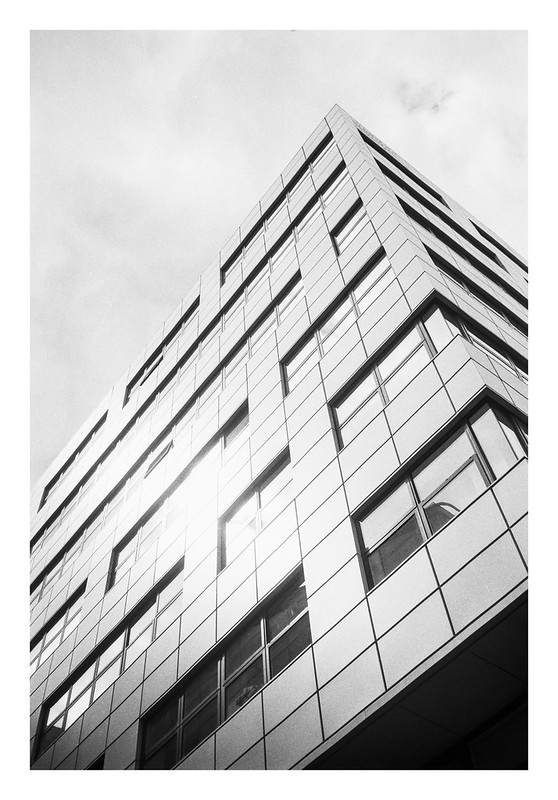