While wandering around Sheffield’s Kelham Island area recently I came across this piece of street art that I thought was deserving of a photograph. For those readers outside the UK, the person depicted is Dot Cotton, a long serving character of the British soap opera Eastenders. June Brown, the actor who plays the role, joined the soap back in 1985. She had a hiatus in the 90s from 1993, but returned again in 1997 where she played Dot up until January this year.

I don’t actually like Eastenders, and I don’t think I’ve ever watched a full episode (although my wife used to watch it and I picked up many of the storylines of the time via osmosis). Dot Cotton is, however, an archetypal British screen character and I really liked this small homage to her on this namesake street. 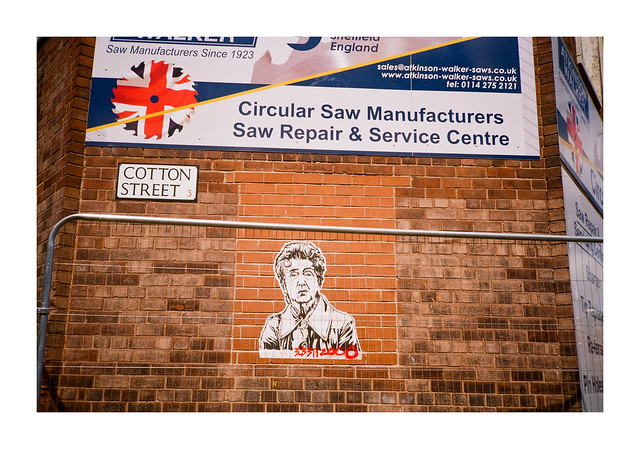