It’s just an advertising hoarding. One with a torn advertisement. I don’t drive past this often, but have done so on a handful of occasions recently and each time I passed it caught my eye. Usually this indicates that I ought to make a photograph.

I’m not really sure what drew me to it, although it was the faded, half-torn Colonel Sanders that first caught my attention. I also like the way that the badly faded KFC advert is peeling away to reveal a still fresh-looking advert for (I think) Sky Sports beneath, where it emerges butterfly-like from it’s pale cocoon, still daubed with the remnants of paste, almost like the man is yelling the remains of the paper away. I like how the splash of blue in the otherwise overcast sky is mirrored by the blue on the billboard. I like the cluster of poppies giving a splatter of red to the dusty edge of the car-park besides which the billboard stands. 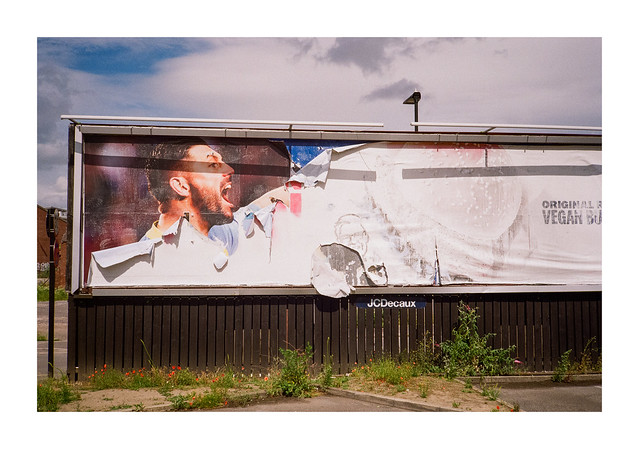 3 thoughts on “That’s torn it”