I mentioned yesterday how I’d spent ages dust-spotting some Fomapan 100 negatives. A number of people replied to the post, so I thought I’d give a bit of a follow-up today.

I’ve now completed the chore. Well, on the photos I intend to upload, at least. It was an absolute pain in the backside. It would seem that I’d clear all the spots, only to then notice just as many secondary spots, and each image took a good half-an-hour at least of clicking away to remove them – and even then I’m sure there are many that I’ve missed. But I think I’d gone past caring by that point!

As I’ve not had the same problems with dust spots on any other rolls recently (I always dust the work area carefully before scanning and, while some dust always sneaks in, I rarely get lots of it), I began to wonder if it was something to do with the either the film specifically, or perhaps my development. All my home developed films have been processed in Ilfotec DD-X, then Ilford stop-bath and rapid fixer. The developer is always freshly prepped for a one-shot use and, while the stop-bath and fixer get re-used, they should both be fine for a little while yet (they’ve had around 10 rolls through them). A roll of HP5+ that was developed after the roll of Fomapan shows no signs of the same problem.

So I decided to look at the last roll of Fomapan 100 I shot – this was a couple of months back – and found that it too had the same issue with dust. I decided to search online for “white spots on Fomapan 100” and it led me to a few places where people would report similar problems – sometimes going so far as to describe it as a “Milky Way” effect. I’m not sure I would go that far, but I got the gist. One post had some example pictures whic matchen mine very closely in terms of the spotting problem. It seems to be an intermittent issue.

I’ve now come to the opinion that I might have a bad batch of Fomapan 100, which is a bit of a pain as I bought ten rolls of it! I guess I’ll have to try another roll and see what it gets me. While the film is still useable, the post-processing required to get rid of the spots is not something to be relished.

Oh well, there are worse things happening in the world, so I’m sure I can live with this minor inconvenience.

Here’s one of the shots from the roll that has had a lengthy clean-up applied. 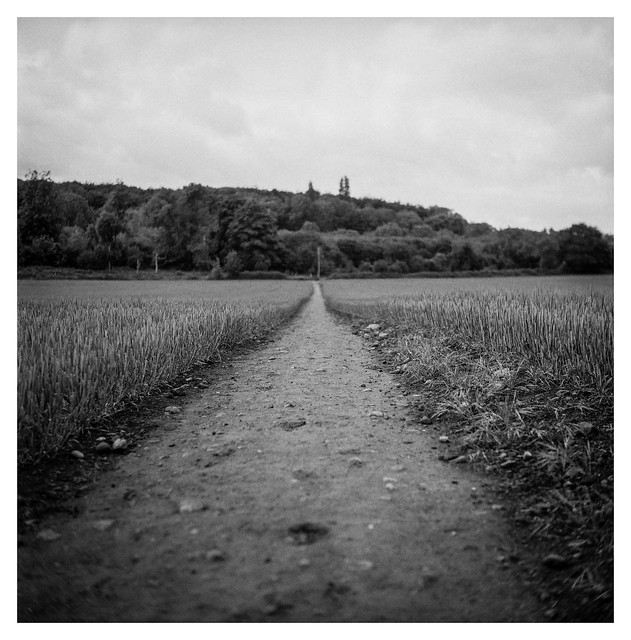