I’ll post a few more shots from the roll of expired Lloyds Pharmacy 200 today. Probably the last ones I’ll post from this roll unless I stick up a few odds-and-ends at some point. Tomorrow will likely mark the return to black-and-white.

I’ve been writing more diary-type posts recently and I’m wondering if I should illustrate them differently, or delay their contents – they’ll probably work better if they contain photographs from the events depicted, rather than stuff I already have to hand. The downside being that the events documented in words will likely be dated by the time I post them as it’s rare that I’ll shoot, develop, and scan a roll on the same day I shoot it. 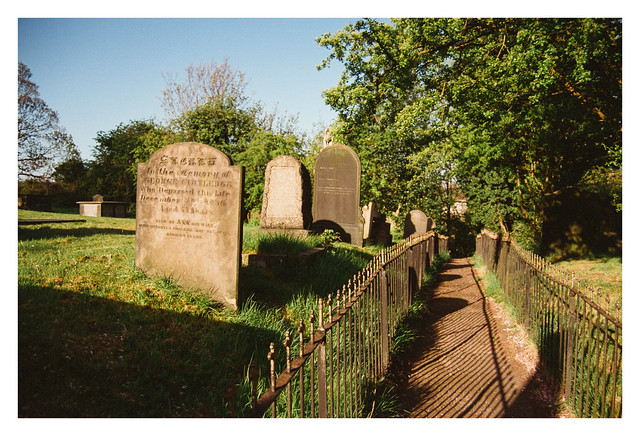 I got up early today (for a Saturday, at least) and drove out to the Moss Valley again for a walk. I’d mapped out my route the night before and the app on my phone optimistically suggested it would take an hour. I can only assume that the app doesn’t take hills into consideration when calculating walking speed. Or stopping to make photographs, for that matter.

It was the first time that I’ve taken this particular route, or part of it anyway – the latter half involved a section of footpaths that I’d walked last year, albeit from a different starting point. It started off simply enough with a pleasant stroll alongside The Moss, the small river after which the valley is named, and I stopped to make a few photos of the river. 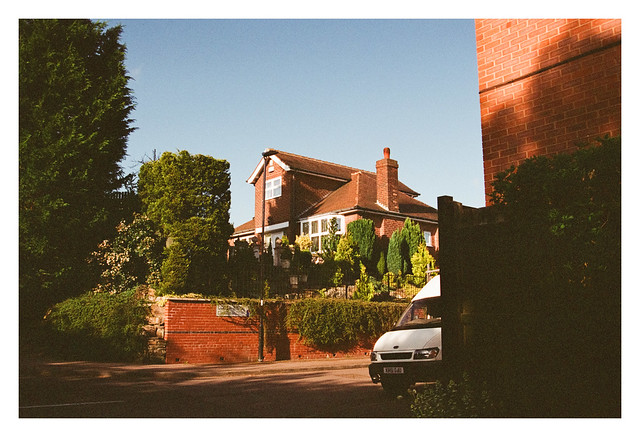 Soon, however, it was time to leave the valley bottom and ascend to the highest part of the route – a climb of over three-hundred feet. While I wasn’t worried that my heart would explode or anything, I was properly sucking in air by the time I completed the initial, steepest part of the climb. Shortly afterwards I discovered that I’d gone off-route into some private woodland (although a sign informed me that walking was allowed – good job I’d left the bikes and horses at home!). A quick check of my map showed me that this path would still bring me close to where I’d intended, so I carried on rather than turn back.

After exiting the woods and then skirting some fields of growing crops, the path took me towards a route through a farm that would exit onto the road where I needed to be. Or so I thought. Upon reaching the farm a sign on a gate informed me that I shouldn’t proceed further as the farm was self-isolating. I wondered for a moment if I shouldjust chance it and hurry the short distance through the farm, but I decided that I’m not that sort of person and so, with a sigh, turned around and went back the way I’d come.

Checking the map again showed another path I could take – this one would add about a half-mile to my journey, but at least it would be unseen territory and, hey, I was intending to get some exercise anyway, so what the hell.

Twenty minutes later and I was back on track on the planned route with the additional bonus of (apart from one short, but steep stretch) it all being downhill back to the car now.

I shot my twelth frame as I got back to the bottom of the valley (I had an extra roll of film in the bag, but decided the one roll would do for today) and finished the short distance back to my car. It had been a pleasant, if tiring, walk and I felt good for taking it. I’ll hopefully develop the roll tomorrow (today’s developing was set aside for the roll of HP5+ I shot the previous time I walked in the Moss Valley last weekend). 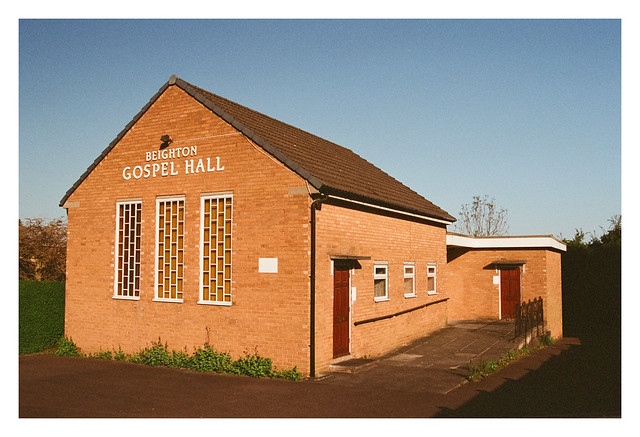 3 thoughts on “Walking in the Moss Valley again”