One of the routes I sometimes take while out for a walk takes me past an incineration plant. This was built recently and is an EfW (Energy from Waste) facility which produces electricity from the burning on non-hazardous waste. I recall there was considerable uproar when the plant was first proposed – one of the concerns being that nearby residents would suffer from the smell of burning. As it stands, I can’t say that I’ve ever noticed any odours from its operation (although the usual prevailing winds probably blow it away from where we live most of the time anyway). 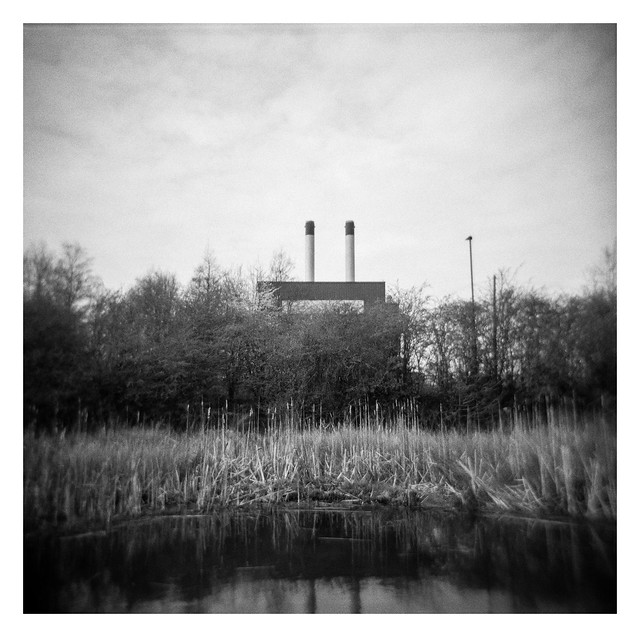 It makes for quite an imposing structure, both from the road that runs beside it, and from the marshy area of land that lies across the road to the east. I’ve walked through (or rather around) this area on many occasions as there is a public footpath that skirts the edge. However, on a recent walk, I noticed that there has been some significant work done – both here, and also in the woodland around the nearby Trans-Pennine Trail. There has been some tree felling, but the most noticeable change is the appearance of what seem to be a number of small ponds.

The marshy area used to be a large, open reed bed, but now has a number of more clearly defined ponds with footpaths snaking amongst them. My assumption is that this is some sort of improvement programme intended to aid wildlife and also make for more pleasant and interesting walking activities. I’ve not seen anything official to back up this theory though.

Today’s photos show both the marshy area and the looming incinerator and are from the first roll of 120 film I’ve home developed. I’m pretty pleased with the results. 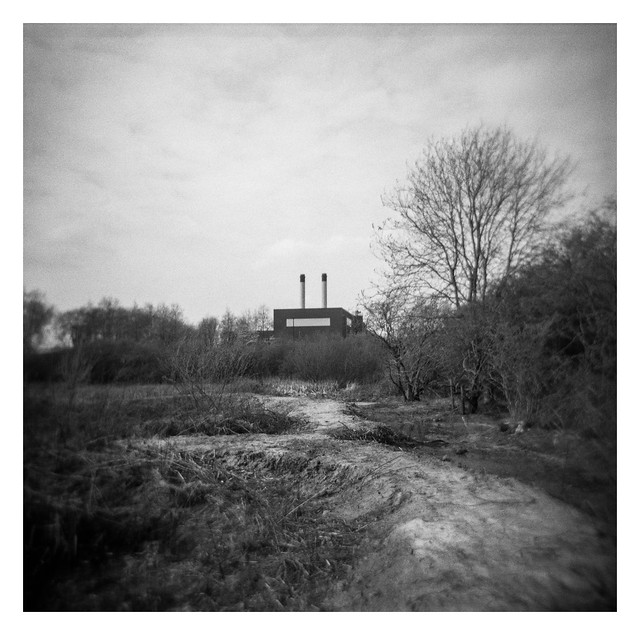 6 thoughts on “The incinerator across the marsh”