I’ve spent much of the afternoon listening to music while scanning the roll of film I developed yesterday. I’ll post about my second attempt in another post (once I’ve uploaded some of the pictures), but suffice to say it all went well on the whole.

The OCD part of my brain likes to do things in a certain way, so it’s a little on edge that I’m scanning and uploading my home devved rolls before some of the lab devved rolls that were shot earlier. It’s hardly ruining my life or anything, but there’s still a niggling sense that I’ve broken some sort of rule.

The truth is that any rule I’ve broken is one that I’ve abitrarily set myself anyway. Maybe I should just set a new rule that states that I should learn not to worry about such silly things and just, like, chillax man. 🙂

Today’s photo is an earlier one – from my trip to The Hepworth gallery before the lock-down came into force. 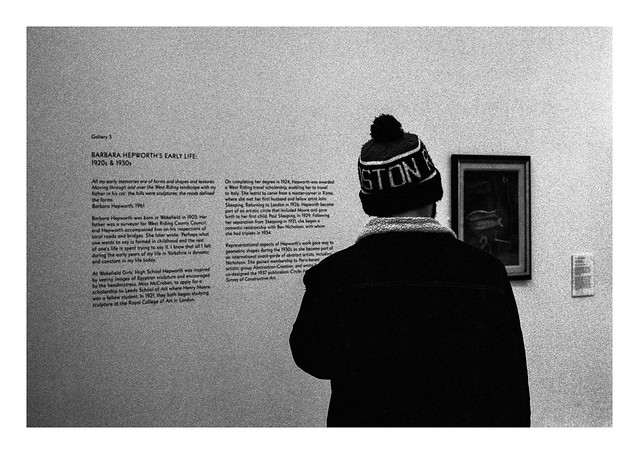