Another scene that I’ll probably not see again for a while, both because the year has progressed and the light won’t fall on these cars through this fence for another several months (at least not in the same way, and possibly at a time of day when the cars are not there), but mainly at present because there aren’t any cars parked on this street anymore due to the pandemic.

It’s a road I walk up when dropping my films to be scanned at my local lab, but that’s closed too for the time being and, as I’ve bought my own home-developing equipment, I might not be using them as frequently when they do re-open (something I’m torn about – while me home developing my film is cost effective, I don’t want to deprive the lab of any business. It’s a valuable place to have on my doorstep and their service is great).

While it isn’t the foremost concern by far, I do worry a little as to the impact this pandemic will have on film photography. While is was going from strenth-to-strength before all this happened, I do wonder how a potential pandemic-triggered recession might affect it. If money is short, will people still want to spend so much on film and processing costs? I hope so, but it’s a concern nonetheless. 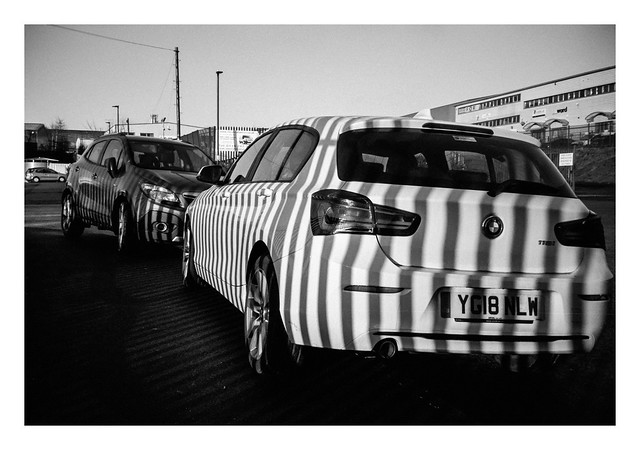