The road-sign depicted in today’s photo feels pretty apt at present. As the news of the coronavirus pandemic hit and became widespread last month there was an upsurge in panic buying in the shops. Some of these things seemed logical – hand-sanitiser, for instance, is a useful substance to help keep you safe from inadvertently contracted viruses on your hands. Soap and water is similarly effective, but I guess not as convenient for carrying in your pocket or in your car. Paracetamol was another item that soon found itself in short supply and, again has a logical basis for being so – namely it’s use in reducing temperature during a fever. And while I can undestand the benefits of having dried pasta given it’s long shelf-life, the quantities that some people were buying was over-the-top – unless your family eats pasta every meal of every day, you don’t need that much.

Other items seemed less logical (or at least to a degree). The number one thing here was toilet-paper. I’m not quite sure where this particular panic originated, but I first saw it mentioned by my nephew. He lives in Australia and he posted an image of empty shelves where the toilet-paper once sat in the supermarket. Before long the phenomena had reached the UK and spread around the world – panic buying of toilet-paper seemingly has a faster and more effective transmission rate than the COVID-19 virus! While I can understand how no-one wants to be left short of toilet-paper, again the volumes that some individuals were buying were ridiculous, some people buying dozens of rolls at a time. It’s not even as though a primary symptom of the virus is diarrhea or anything, in which case I might have understood.

The result of this panic buying was that stocks that should have met the needs of all instead became scarce, with some unable to source any at all. It even began to generate black-market activities (reports of stores being broken into and their stocks of toilet-paper stolen), and price-gouging as unscrupulous traders hiked the cost of in-demand items.

The result here in the UK has been a complete change in the way that people have been allowed to shop, firstly by stores limiting the quantitiy of items shoppers have been allowed to purchase, but also, because of the lock-down, implementing strict people-control measures to limit the number of shoppers in stores at any one time. This has led to large queues in the car-parks outside supermarkets as people wait for their turn to enter. In some parts of the country these have been boisterous (and, significantly, meant lots of people lining up in close proximity). Thankfully, in the stores close to us, the queuing has been orderly and well spaced and these measures have resulted in better access to produce as well as a losening of the restrictions on quantities (though some items are still excepted).

We’re  into spring, and will be coming up to summer soon, so queuing outside is probably not that much of a hardship. That said, here in the UK the weather can be somewhat “changeable” to say the least, so it will be interesting to see how people fare in queues if the weather takes a turn for the worst. 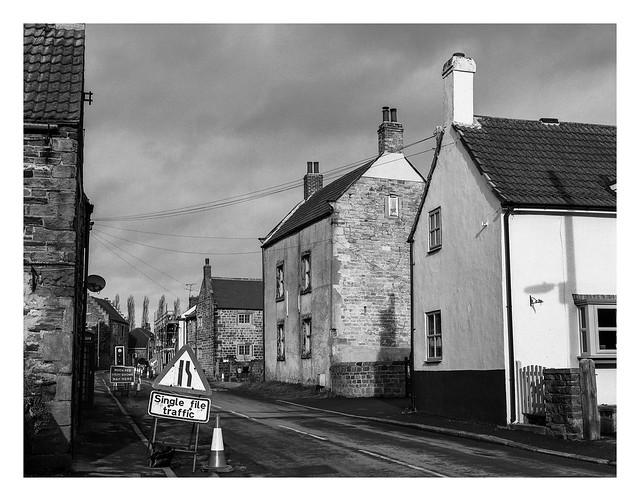