Taken back at the start of the month, it’s hard to think how quickly the scene portrayed here would change. It’s now very unlikely that you will see people trundling luggage through the streets given the large scale reduction in public and private transportation. only today, Easyjet, a UK-based budget airline, announced that it would be grounding its entire fleet until further notice.

While the curtailment of my own photography due to the pandemic continues, I did take several photographs in the house today. A few weeks before this whole situation unfolded I bought a small, cheap, but effective collapsible mini-studio. While it’s quite small, it will be useful for taking macro shots of items. Today, however, I used my Minolta SRT 101b and 50mm f/1.7. Getting as close as the camera would allow, I was able to take photographs of some fruit and vegetables. While I don’t think I’ll be troubling the works of Edward Weston any time soon, it’ll be interesting to see how they turn out nonetheless. Also, each photo I take gets me a little closer to the point where I can have my first bash at home development, which (although still making me slightly nervous) I’m eager to try now I have most of the necessary equipment. 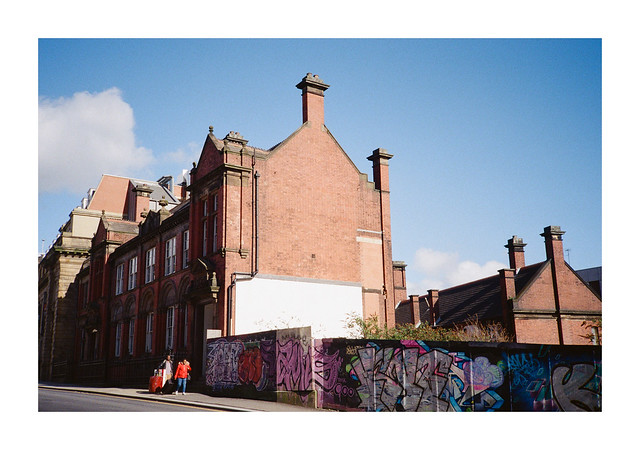