The weekend just gone was Expired Film Day 2020 – actually three days, as shooting was allowed on the 13-15 March – four days for me as I didn’t shoot most of my roll until the 16th, possibly voiding my ability to be nominated for a prize. Oh well, I wasn’t expecting to win, and didn’t take part for that reason anyway. 🙂

I shortlisted three rolls as potential candidates this year:

After a bit of research, I decided against using the TriFCA35 – it’s apparently a C22 process film, but it’s likely my local lab would have only processed it as B&W. The feedback by others on the film wasn’t particularly encouraging either, with some saying that, even when fresh, it wasn’t especially great, so I decided to not chance it – as cool as it would be to get images back from a 45 year old roll, I wanted to make sure I did get some images given the limited opportunities I had to take photographs during the timeframe, so decided on the Kodacolor Gold 200 instead.

Given its age, I decided that overexposing the Kodacolor by a stop for each decade of expiry would be a good plan, meaning that I’d be metering for 25asa. Not a problem if I used a tripod and shutter release though.

My original intention was to go out on the 13th and get some shots during a day’s leave I’d taken, but I had an appointment in the morning (when, as you might have guessed, the light was great). By the time I was able to go out, the sky was developing a layer of cloud cover that probably wouldn’t be condusive for good results from expired colour film (or even fresh colour film, for that matter). Nonetheless, I didn’t want to waste the opportunity, so went out anyway, rushing to try and catch the last of the light.

Rushing. That’s rarely a good idea with photography is it? And this case was no exception. I had planned to go to Lady Canning’s Plantation at the edge of the Peak District and take some woodland and rock formation photos but, given the thickening cloud, instead went to Ford, a small hamlet much closer to home. This was a wise decision as, upon setting up for my first shot, I discovered that I’d grabbed the wrong quick-release plate in my haste to leave the house, and the one I had was too big to fit the Arca-Swiss head on the tripod I’d brought. I managed to take a couple of shots anyway, with the too-large plate fitted precariously, but then decided that the day wouldn’t be improved by my camera falling onto the floor, so gave it up and went back home (in a somewhat less than positive mood).

The following day was a pre-planned trip to Wakefield, where I took plenty of photos, but none on the expired film – which would have been far too slow to be of any use in the place I visited. Then Sunday was a washout due to the weather. Monday, despite being outside the stated shooting days for Expired Film Day, was also a day I had taken as leave, and was blessed with good weather to boot, so I (carefully this time!) packed my stuff, and headed out into the Peak District to Magpie Mine. I’ve seen pictures of this location before, but this was my first visit, and it’s a very nice place to visit – especially on a nice day without too many other visitors to get in the way of your photographs.

The location is one of the best surviving examples of a 19th century lead mine in the UK, and features the remains of various chimneys, engine houses, winding gear, and mine shafts (all covered by grilles, so you can’t fall down – although phones, wallets, light meters and the like might be easy prey!). It’s apparently possible to stand on the grille atop the main shaft and see water over 500 feet below (the shaft is flooded a further 150 feet below the surface of the water).

Given the lovely light, there were all manner of compositions to be found and I shot all ten remaining frames on the roll of expired Kodacolor, as well as ten frames of Fomapan 400 that I had in my YashicaMat 124G. I even shot a few frames of 35mm using the Sureshot that Ihad in my coat pocket.

The following images are the ones I’ve chosen to submit to this year’s Expired Film Day, and are, I think, the most pleasing images from the roll – although there were a few close runners up too.

For a thirty-one year expired roll of consumer-grade colour film, I’m pretty happy with the results. There are obvious signs of degradation, and the colours are a bit off-whack, but it’s given me some pleasing images nonetheless I think. 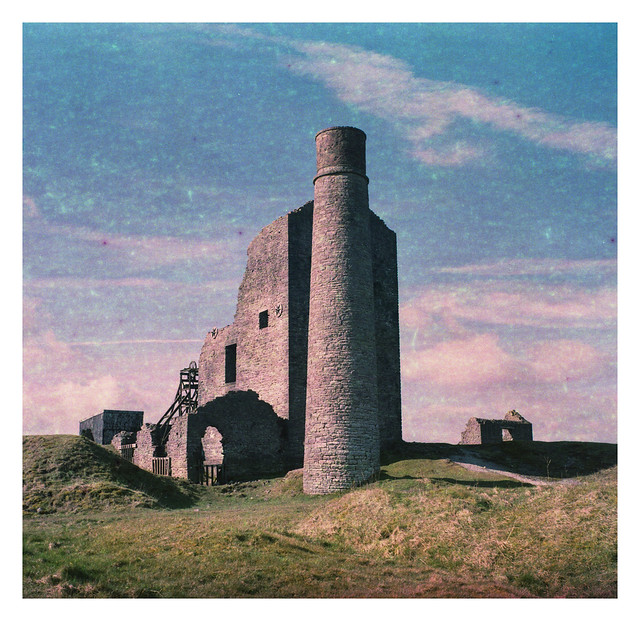 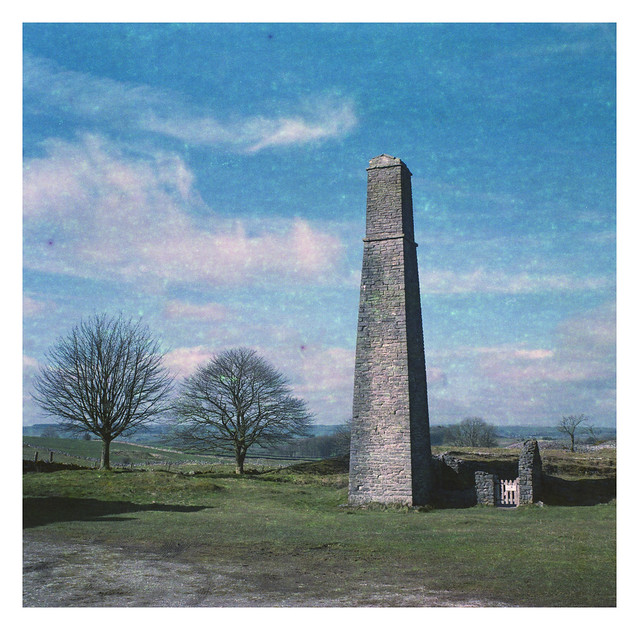 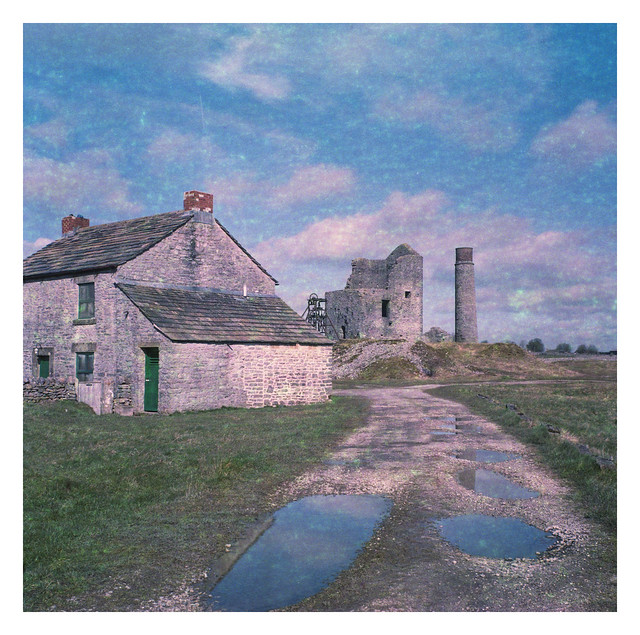