Today’s photograph is of the signalbox that sits beside the railway crossing in Beighton village. The box still holds the title of Beighton Station, although the station was closed back in 1954 and the Great Central Railway signalbox and crossing are now all that remain. The station opened back in 1893 and originall formed part of the Manchester, Sheffield and Lincolnshire Railway. The line is still in regular use.

Being not too far from home, I’ve photographed this scene on a number of occasions, and it featured in the blog before back in 2017 in the post “Twelve frames an hour“.

Someone commented that the signalbox really “pops” in the frame in this shot, and that it reminded them of an old box camera, meniscus lens image. This is fitting, given the Holga also sports a simple meniscus lens. The vignetting and soft edge-focus of the Holga gives an effect not totally dissimilar to the shallow depth of field that might be generated bys a wide aperture on a larger format camera. 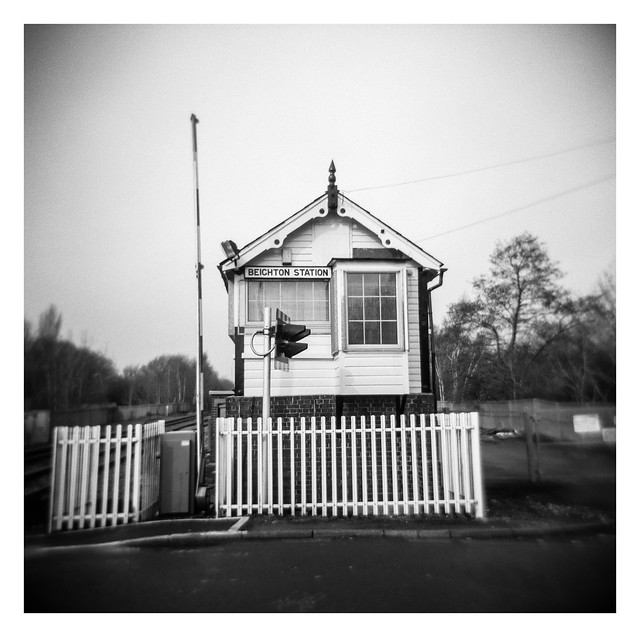