Today’s picture is another photograph making use of glorious low sunlight. I like the way that the building – Chesterfield Town Hall – is obscured behind the trees. It gives it a bit of an air of mystery, I think.

In other news, it seems that both #FP4Party and Expired Film Day have crept around again, so I best get myself sorted for those – although, in the case of the former, I already have, and scanned some Holga-shot FP4+ negatives today.

For the latter, I have three rolls of expired film defrosting – one relatively fresh roll of Ektachrome 100 that’s dated 2008, a roll of Kodacolor Gold 200 from 1989, and oldest of all, some TriFCA from 1975 (which I’m not even sure the local lab will process – I shall ask them before I shoot it!). Shooting days are this weekend (13-15 March). 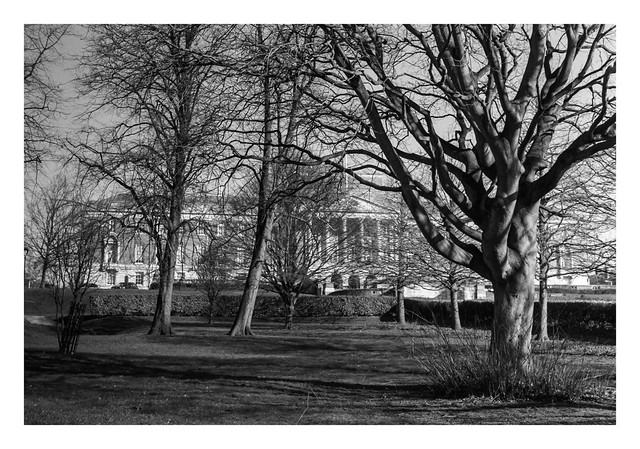 2 thoughts on “Through sunlit trees”