A few weeks ago I bought another new (to me) camera – I really need to try and stop doing this! Anyway’ the camera in question is a Minolta SRT 101b SLR and came with a Rokkor 50mm f/1.7 lens attached. The light seals looked a little shabby, so I replaced them, but the camera is otherwise in excellent condition. The camera uses the old mercury cells, so I’ve fitted it with a Wein cell to allow the meter to function correctly. 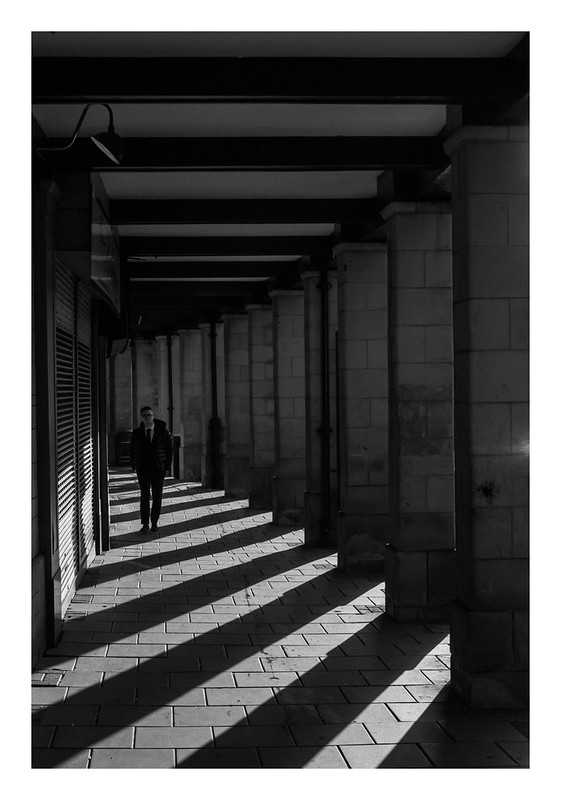 It’s very much in the traditional 1970s SLR mold – silver body with black leatherette. It’s considerably heavier and bulkier than my Olympius OM-1, which is a similar camera in terms of features.

I popped in a roll of Delta 400 to test the camera and went for a walk around the flea market in Chesterfield when I had a day off recently. The camera handled the lighting with aplomb, giving good metering whether under the shadows of the stalls, or when in bright sunlight and, now that I’ve confirmed it’s working ok (everything seems fine, although the mirror occasionally sticks up after the shutter fires – although it drops back on the film advance action), I’ll take it out again when I get chance.

Both of today’s photos were taking in the same covered arcade on teh edge of the town centre. 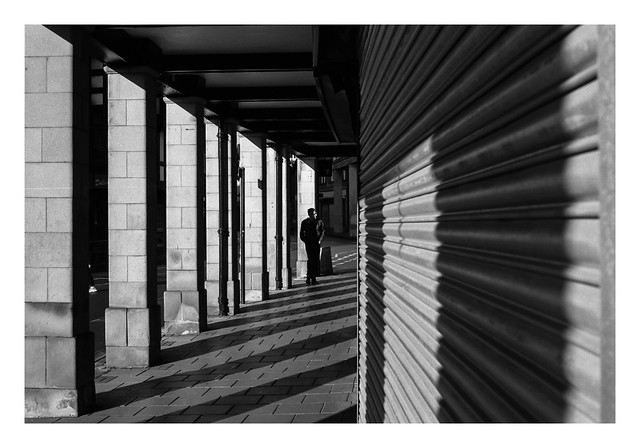