When I saw these ponies behind a gate, I took a detour from the footpath to make a photo. At first only one was there, but others soon became curious and joined the group – possibly with the expectation that I might have some sort of tasty snack for them. I felt oddly guilty for attracting them to the gate, even if unintentionally,  with no reward other than a photograph that they will never see.

I’ll take this walk again at some point though, so perhaps I’ll take along an apple or two next time. 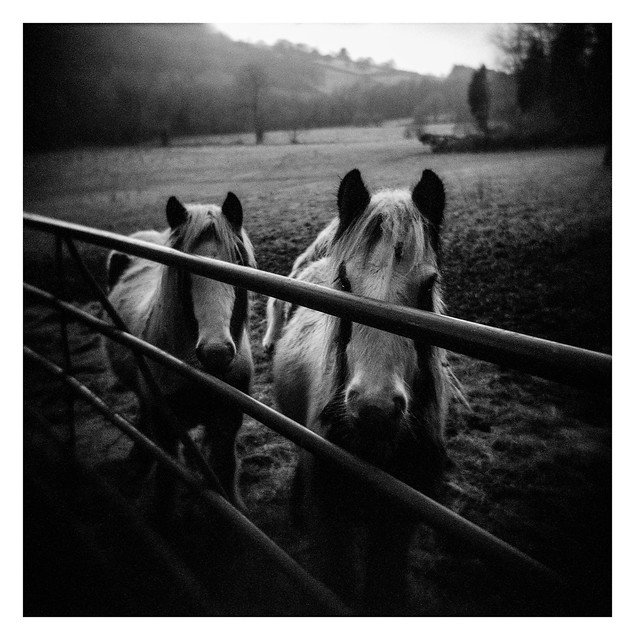 2 thoughts on “Ponies behind bars”