A quote from John Masefield’s “The Box of Delights”, or at least the BBC television adaptation – I’m not sure if the quote is in the book or not – has been used for today’s post. It seemed to fit the image.

While the tree stump (and living tree that frames it) most likely don’t date from pagan times, I think the image is evokative of ancient woodland and has an air of mystery about it. The spidery, blood-vessel-like branches work very well to add to the feel and, once again, the Holga adds it’s own brand of unique beauty to the scene.

The photo is underexposed as a consequence of the Holga’s limited aperture and (even more limited) shutter speed choices, and also the fact that the film was almost 10-years expired. I do like this sort of moody, high-contrast look though, and it’s one that the Holga carries off with aplomb in a way that I think would be disappointing had I used one of my other medium format camera, 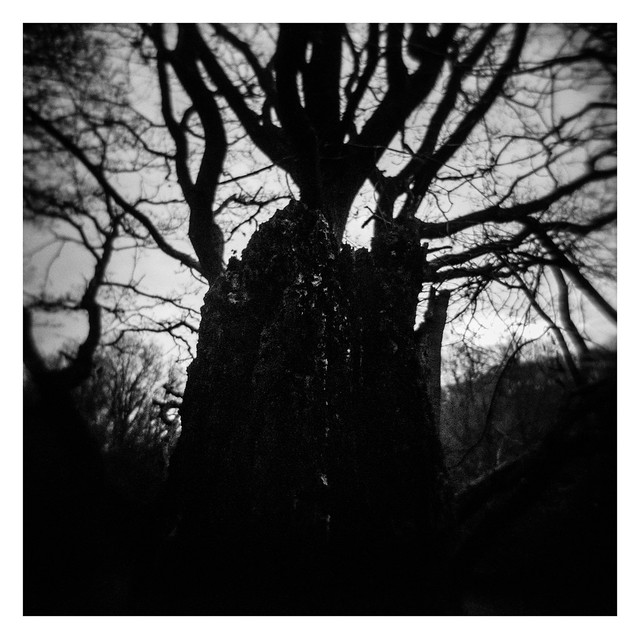