This photograph was taken from almost the same spot as yersterday’s image – atop a railway bridge – that one depicts the view to the right from here.

I stood atop this bridge waiting for a train to enter the scene for almost 15 minutes, but none made its presence felt. As I’d walked to this location, three trains had passed in quite close proximity, so I’d hoped for another, but nada. After a while, my legs began to feel the chill so I decided to move on, sure that as soon as I got beyond range I’d hear the sound of another locomotive and curse my decision to move, but (surprisingly, given my usual luck) I didn’t.

Before I left though, I took this photo. Part of me thinks it’s better without a train anyway. 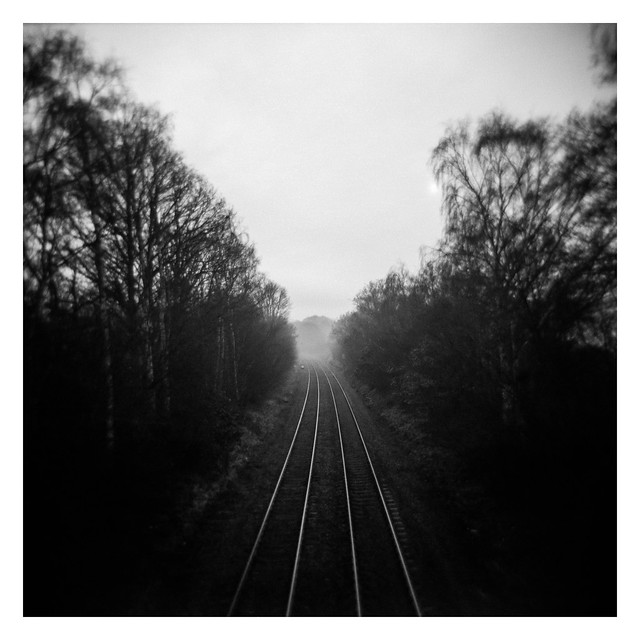 One thought on “I waited and waited but no train came”