My initial plan for today’s post was to publish 12 photos that were taken this year but which haven’t featured in the blog, but on second thoughts I’ve decided to take the more traditional route. There might still be some that never appeared here before though – I tend to upload more stuff to Flickr than gets featured here – so aren’t you the lucky ones. 🙂

Today also marks the 365th consecutive blog post of the year – a target I attempted once before but which fell through when other events in my life took precedence. Not every blog was written on the day it was posted – in situations where I’ve been away from home I’ve pre-written blogs and then scheduled them to automatically publish (or made them live from my phone). Because of the way I link my photos from Flickr, I’ve found it’s a complete PITA to try and write and publish from mobile devices.

Anyway… Before I get on to the pictures, I just want to take the time to thank all who’ve viewed, interacted or commented on my blog over the year and to wish everyone a happy new year.

January – This tree sits on the moors just south of Sheffield and is just a few metres from the roadside. It’s distictive shape made for an easy composition. Sadly the tree has now suffered damage – the last time I passed all that remained was the trunk as the upper branches have been broken off. 😦 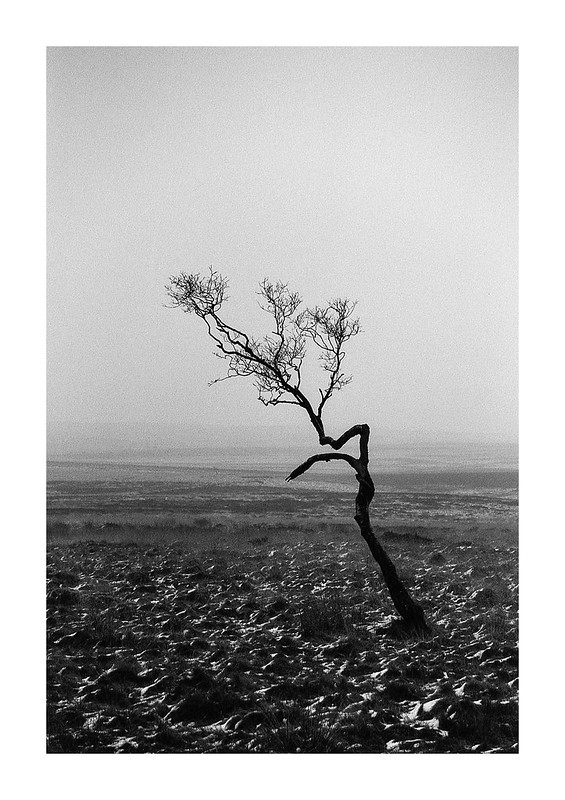 February – Eyes in the back of his head? One of the tenets of street photography is to be prepared and ready to catch that decisive moment when it occurs. Sadly, this is rarely the case for me and I’ve missed loads of potentially nice shots due to fumbling with the camera. This was one of the times I didn’t. 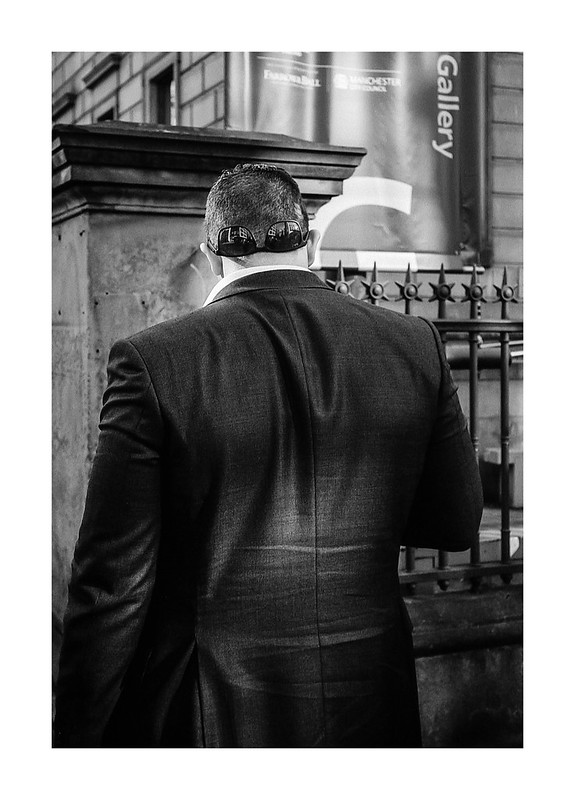 March – Portraiture is not something I have much of an interest in, particularly studio portraits (although I do enjoy looking at environmental portraits), so when an opportunity arose to photograph some models at the local camera club I wasn’t sure whether I’d enjoy it or not. While I can’t say it ignited any desire to take more portraits, I was very pleased with my results, one of which is below. It isn’t prefect (the creased backdrop lets it down a little), but the way the Sigma 105mm lens and the Kodak P3200 rendered the images is lovely. 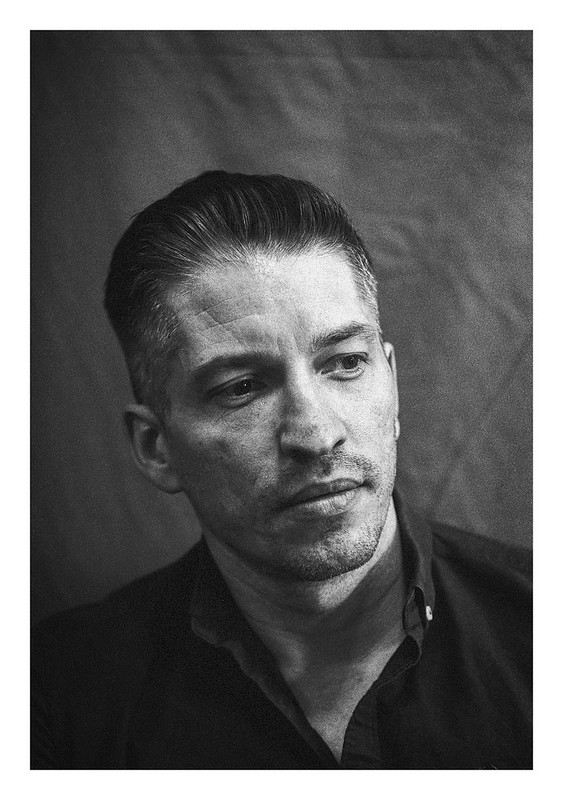 April – A gate on a public footpath through Edale in the northern Peak District National Park. I think this photo has a certain charm to it, there’s a sense of mystery as to where the path leads and what might be beyond the gate. This is from the penultimate roll of film through my Yashica Mat 124G last year. I shall have to rectify this situation and shoot with the camera again post haste! 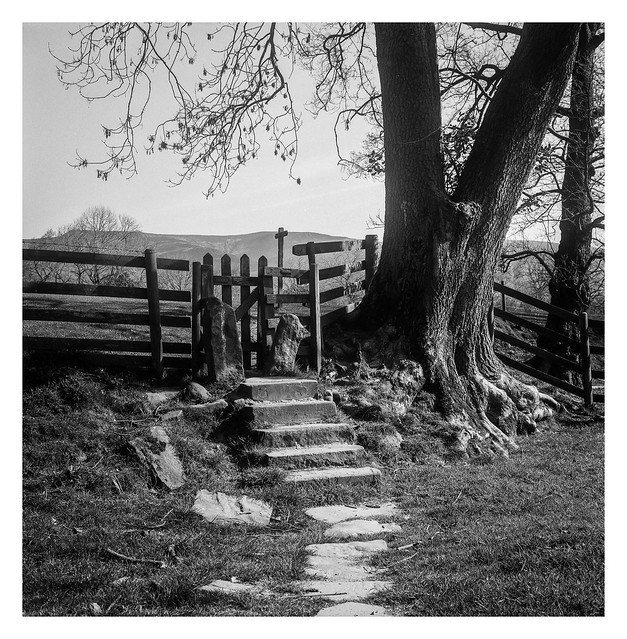 May – During May I visited New York with my family. It’s the second time I’ve visited (and I’d love to return – although I think my wife would prefer somewhere else in the US if we get across the Atlantic again) – I could have spent all day, every day just walking the streets taking photos. It was a family trip though, so I grabbed whatever I could. This is just a view down 7th Avenue after a rain shower, but it screams New York to me. 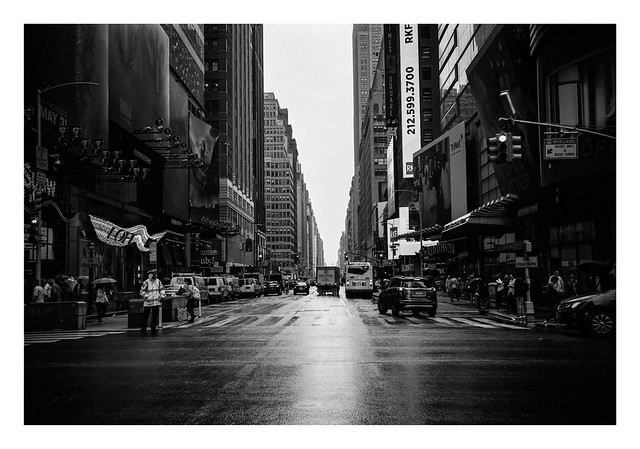 June – A box of pre-owned pool balls on a stall at the Sheffield Steam Rally. I think I might have said at the time that colour would have been a more obvious choice here, but I love the contrast given by the HP5+. 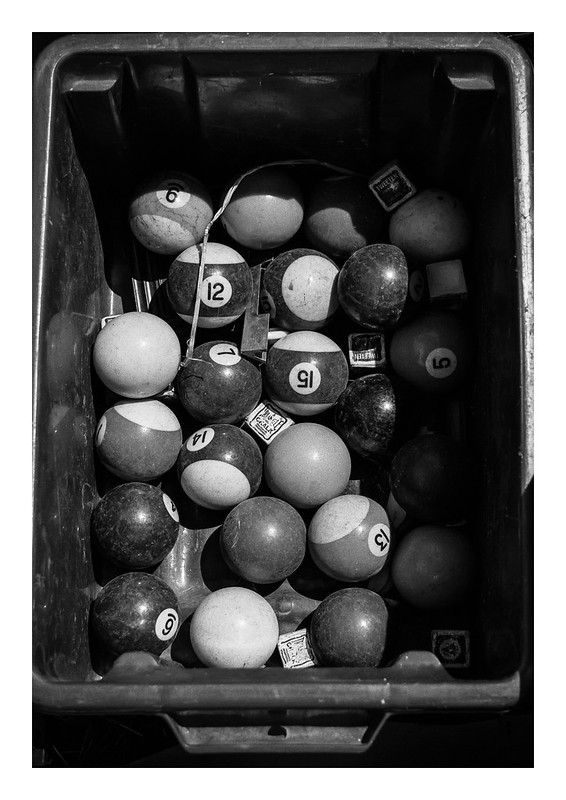 July – The beach at Scarborough. My wife and I took a trip to the seaside and I shot a roll-and-a-half of film during the day. This is just a snap of the beach, the people enjoying themselves there, and some yachts in the sea beyond, but it has a nice “Martin Parr” feel to it that I like. It was also an opportunity to test the little Pentax Espio compact that I’d bought for £1 a fortnight before. 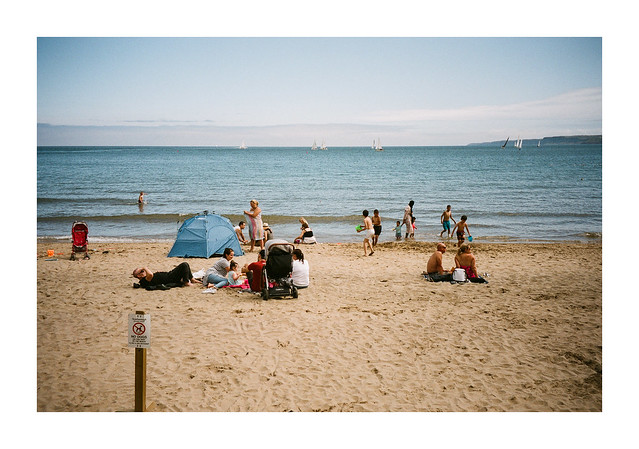 August – Taken at the Lincoln Steam Rally – the first time I’d attended this event, but it was huge and I hope to go again in 2020. I shot four rolls of film on the day, but this Ektar shot of a vintage truck is a favourite. The almost 70-year-old Zeiss Mess-Ikonta continues to impress with it’s superbly sharp lens. 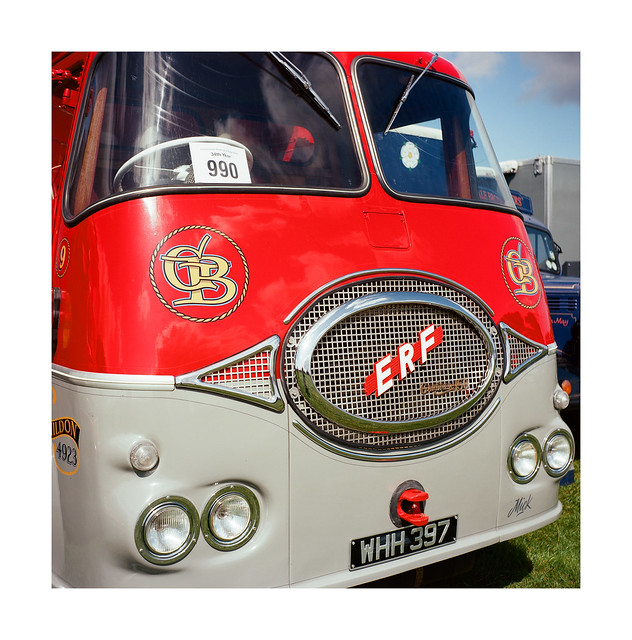 September – A day trip to my childhood seaside haunt: Mablethorpe. It’s a place I’m always drawn back to, even though I’m always slightly disappointed that it hasn’t remained frozen in time as I remember it from when I was a child. Another day where several rolls of film were shot (including three botched rolls through my Holga because I had it set to bulb mode!). I’ve many photos from the day that I like, but this is the one that always springs to mind when I think back. 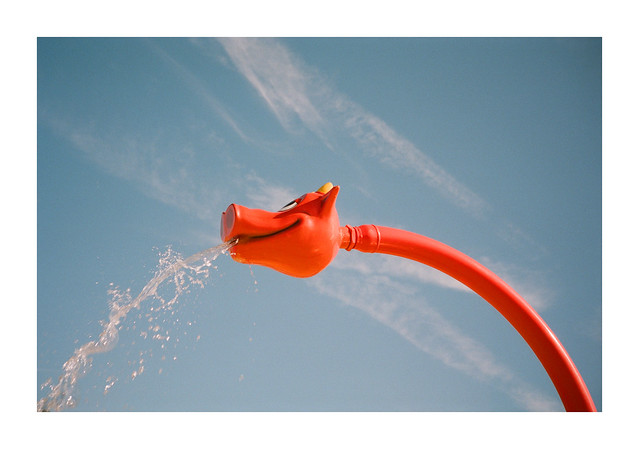 October – I took a trip to Doncaster racecourse with my dad, and this is one of the photos from the day. The weather was awful, with heavy rain all day, but oftentimes bad weather makes for good photos. 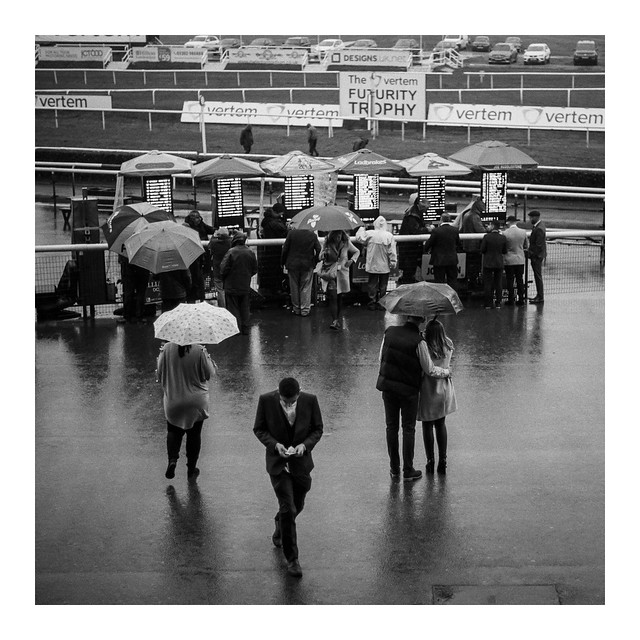 November – This shot is potentially my favourite of the whole year. The simple but beautiful charms of the Holga coupled with a wonderfully foggy day made for some amazing photographic opportunities. 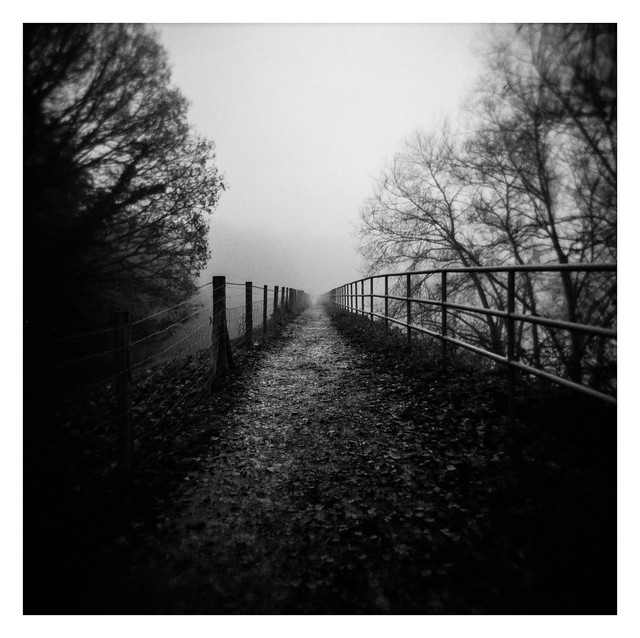 December – December is a little difficult as, as I type this, I have three rolls of film waiting to be processed still and there might be a showstopper on there (or possibly not), but this image that I took just before Christmas on a lunchtime walk is definitely worthy of the spot. It’s another Holga 120N image, but cropped to a 4×3 ratio (the bottom of the frame has a river in it, but it didn’t add a lot to the overall image and the landscape crop works much better. The way the Holga renders out-of-focus details is wonderful, and almost impressionistic in style. 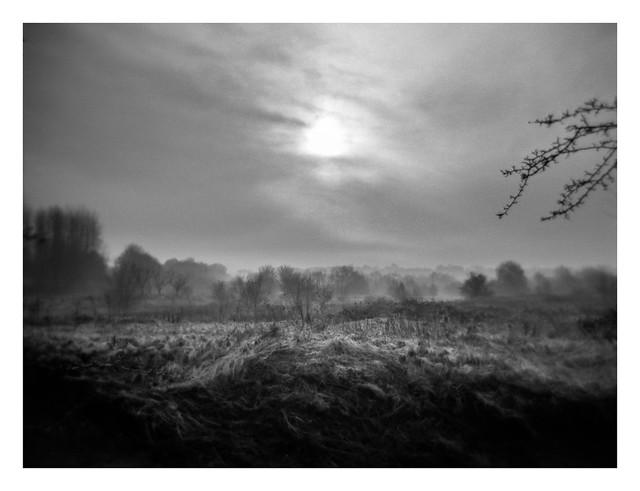 So there you have it. Twelve favourite shots from 2019. As with any list like this it’s subjective, and if I were to do it again tomorrow several of the selections might change, but for now it will do.

One final word – I’ll proof read it later, so apologies in advance for any typos or grammatical goofs. 🙂