Nine days. a whole nine days… That’s how long I managed to go without posting more photos of powerlines. I wonder if there’s a name for this weird attraction to them as photographic subjects? There are definately a number of groups devoted to the subject matter on Flickr – I know this because I post my pictures to them sometimes!

I’m probably over-egging this a bit to be fair – it’s not as though I go out of my way to take pictures of them deliberately. I never plan a day out to travel around photographing pylons or anything like that. It’s just that I find that they have a look to them that appeals. 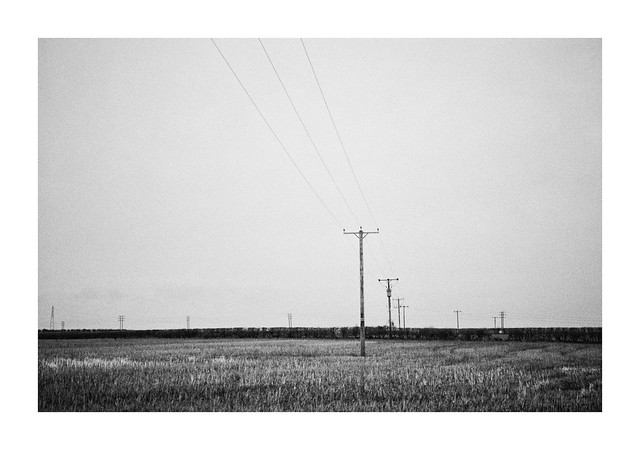 Sometimes, as in the case of the photos today, it’s their surroundings – this time following a route across empty autumnal fields in a way the evokes big empty spaces and calls Glen Campbell’s Wichita Lineman to mind. It’s a false evocation – here in the UK you’re rarely more than a few miles from civilisation, or at least evidence of such, but that’s one of the beauties of a photograph – they can tell other stories than their reality. 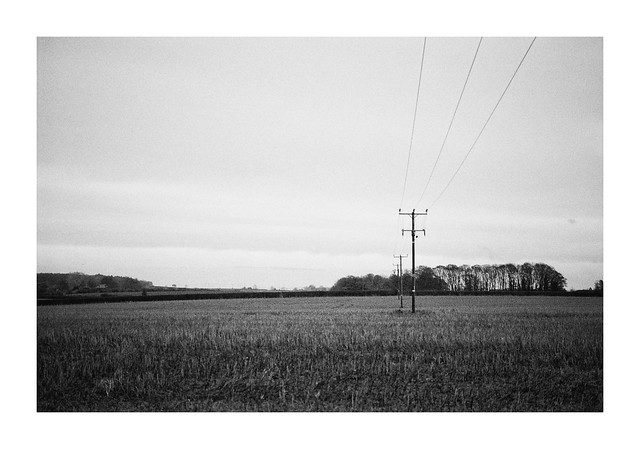 I did wonder about leaving these as colour images. They were shot on a dull, ovecast day with flat light and of a largely muted colour scheme – the only real colour being a soft yellowy beige of the autumnal cropped grasses in the fields – which did have it’s own faded charm. On the whole though, I prefer the black and white versions. 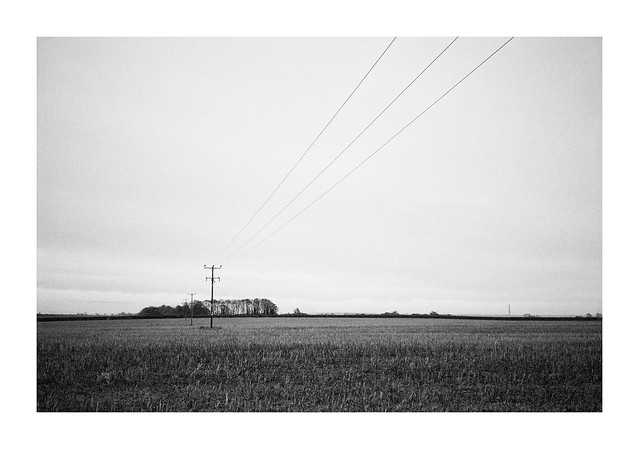 One thought on “A compulsive attraction to power?”