As an adjunct to yesterday’s post about the old Chesterfield Magistrate’s Court building, today I’m posting some photos of Chesterfield market, which is a mere stone’s throw away from the court (with a good arm, at least).

Chesterfield’s markets cover two outdoor areas with covered stalls, and a market hall with indoor stalls that sits between the two (the hall, with its clocktower,  can be seen in the first picture in today’s set). Thursday morning features a flea market, from which I’ve had a camera bargain or two in the past. I’m not sure which days the markets are busiest, but there were a noticable number of unoccupied stalls on the day I took these pictures.

Again, these are shot on the Lloyds Paharmacy 200 expired film, so the colours are a little off and the contrast is pretty high, but it hasn’t turned out too badly all things considered.

The first and final images are my favourites. 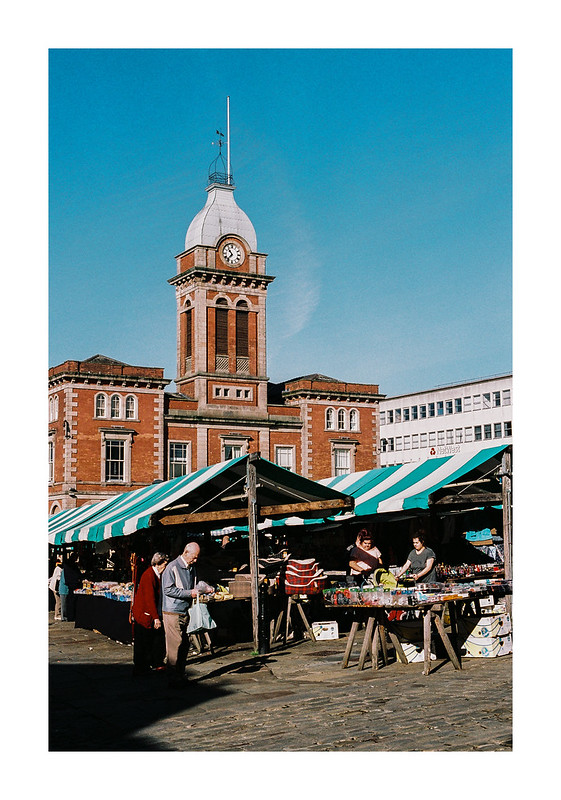 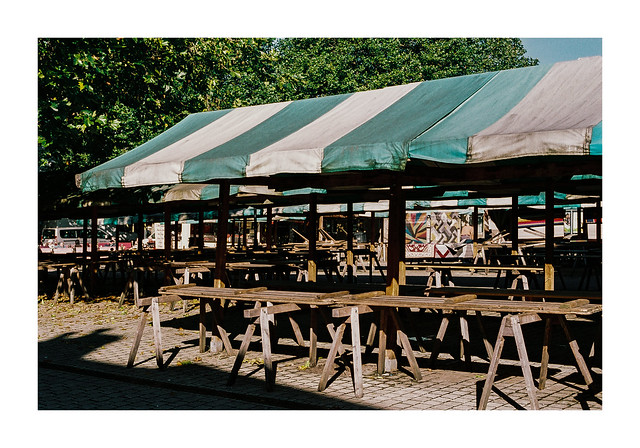 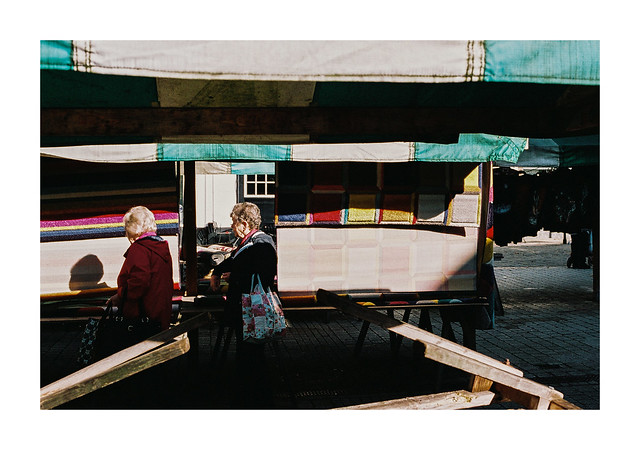 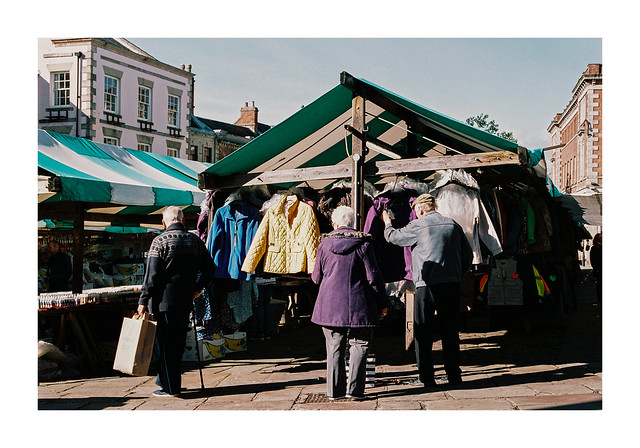 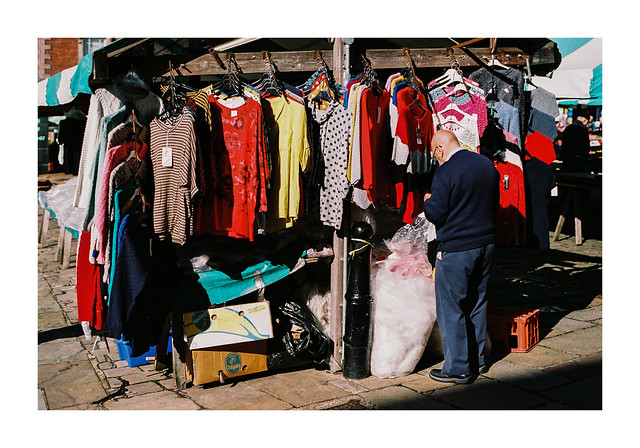