Following my initial, less than fully-successful, outing with the Holga, and then the second, much more fruitful attempt, I decided to take the camera with me on a trip to Mablethorpe, my childhood seaside haunt on the Lincolnshire coast.

It was Friday 13th. Take it as you will…

As well as the Holga, I also took a 35mm rangefinder and my Zeiss folder (which had half-a-roll of Ektar still inside). I took several rolls of film on the trip – three rolls of expired Tri-X, and a roll of expired Pro 400H for the Holga. A roll of Portra 400 each for the Zeiss and my 35RC, plus a couple of rolls of B&W also for the 35RC. I figured it’s better to bring back unused film from a trip than to run out while there, so I was good to go on that front.

Where I wasn’t so good was the Holga itself. It would seem that, probably when placing it in my bag and completely unnoticed by myself, that I inadvertently knocked the shutter setting into bulb mode.

So, the day progressed nicely. The weather was lovely – bright and sunny (but not too hot) and with photogenic whisps of high altitude clouds adding interest to the sky – and I soon got to taking some photographs (in fact I stopped at a couple of places during the journey when I saw some photogenic scenes). In all I shot three rolls through the Holga – the Pro 400H and two rolls of expired Tri-X, two through the 35RC (Portra 400 and Eastman Double-X) and the remaining Ektar and the Portra 400 in the Zeiss. Quite a busy day, all told, and very enjoyable. I was happy that I’d found a bunch of nice photos and looked forward to seeing the results.

I sent the colour rolls off for processing on Saturday, and took the B&W to my local lab today and got the results back this lunchtime. Eager to see the results, I held the negatives up to the window and was quickly dismayed to see that they were very thick – a clear sign of overexposure. Although difficult to tell without a loupe, it was also apparent that some were blurry – even moreso than I would expect from my Holga (which is pretty sharp in the centre). Picking up the camera I examined the shutter control and, with a sinking heart (and a deal of profanity!) saw the cause. All three rolls through the camera had been shot on bulb mode.

I felt pretty down about it and, for a moment, was tempted to just throw the lot in the bin. Instead, I decided to try scanning them to see how bad they looked. The truth is, they were pretty bad – almost white from overexposure and soft across the whole frame from camera-shake. Again, I was tempted to not waste my time and give it all up as a bad job.

Partly because of the cost of film and processing, but mostly because I didn’t want to lose all my photos from the Holga, I carried on. As I progressed I found that some images, while still blurrier than normal, were not as bad as I first thought (I had either been particularly quick on the shutter release, or posess a hitherto unknown robot-like ability to stand rigidly still). I was able to recover lots of detail during scanning; did some processing in Lightroom to punch up the contrast, which helped; and then – although this is not something I would normally do with film photos – decided to run them through Nik Silver FX. The result was contrasty, moody and grainy images that I felt I could live with (luckily, it’s a look I like). I’ve yet to receive the Pro 400H shots, which will be similarly afflicted – It might be that they end up being converted to B&W if any are worthwhile.

So, without further ado, here are some of the images I rescued. As with my other Holga misadventure, these aren’t what I’d envisaged, but they’re also much better than I initially feared. I think that they were worth saving.

I guess there might be a moral about not giving up in here somewhere. Again, take it as you will. 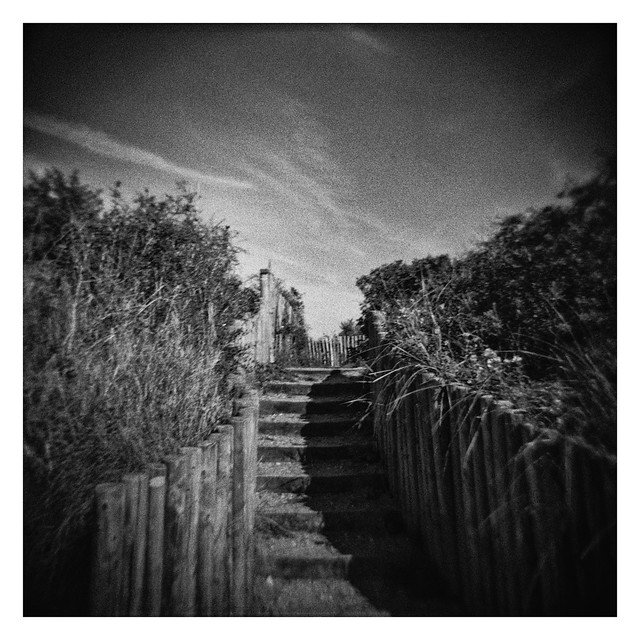 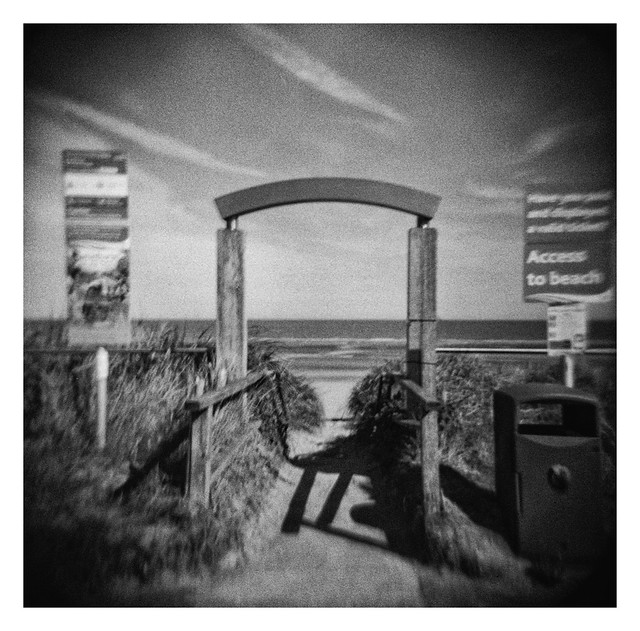 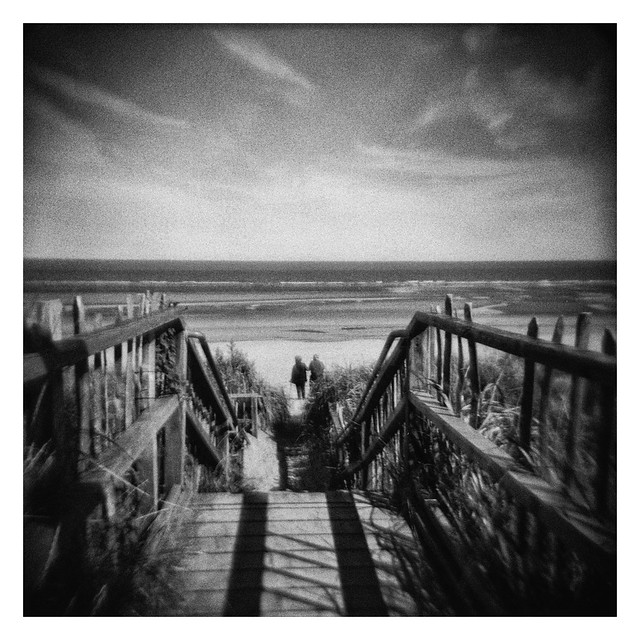 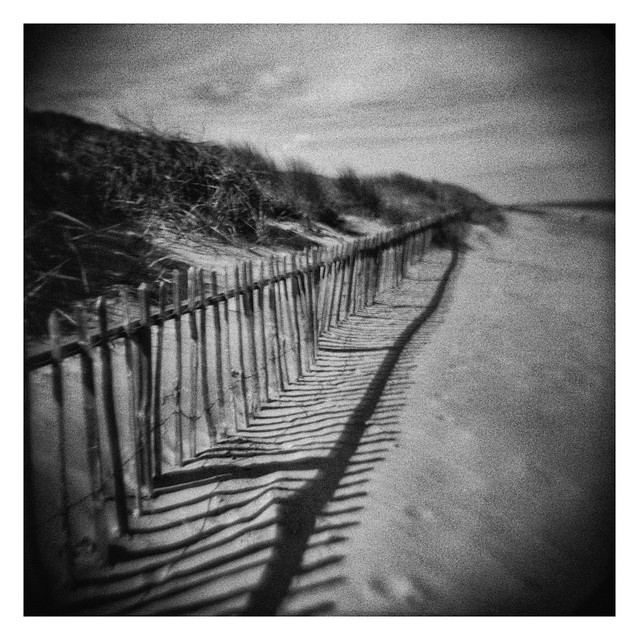 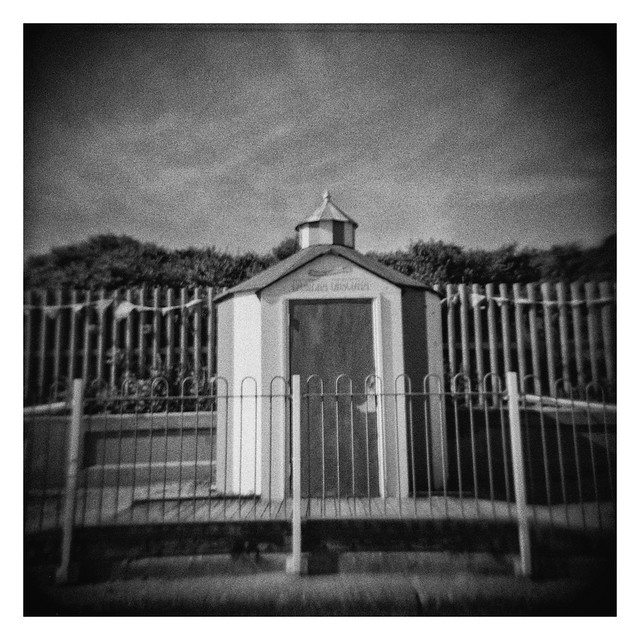 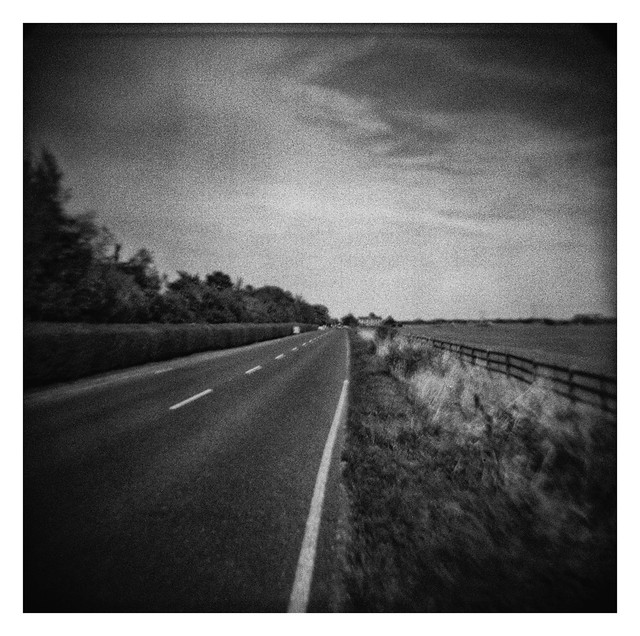