A couple of weeks ago I bought myself a Holga.

Well, to be accurate, I bought myself two Holgas.

The first one had to be sent back because a part was missing – one of the catches that holds that back on the camera and acts as an attachment for the strap. Given that I planned on taping all the seams anyway, I suppose I could have managed ok without it, but it wasn’t as described in the listing and so I got a refund. This one was a 120GN model – a step up from the basic version in that it has a glass (wow!) lens.

The second version arrived complete will all expected parts, plus a roll of expired Fuji Pro 400H, and a couple of batteries “for the flash”. Given that the model I bought doesn’t have a biult-in flash (and didn’t come with a seperate flash), these will find an alternate use somewhere around the house. The second camera is the plain old 120N version, with the plastic lens.

I think I might write a review of the camera in a future post – its relative dearth of features should make it quite a straightforward prospect – in which I’ll cover my reasons for wanting such a basic piece of equipment. But for this post though, I’ll just cover my first outing with the camera. Things didn’t quite go to plan…

I’ve been very busy at work recently and the only chance I had to give it a test run was during a lunchtime. Obviously I could have been patient and waited until the weekend, but, well, I didn’t. I loaded the camera at home (a process both simple and tricky at the same time due to the camera’s design) and headed into the garden to take an initial test shot – this was intended to see if the camera had any light leaks, although I’d need to wait for the roll to be developed to see the result. After this, I taped up all the seams just to be on the safe side. This test shot had an extra benefit of making me realise I’d got the camera on the bulb setting (it has ALL the features!), so saved me ruining the whole roll with camera shake. After that I headed for a local footpath that traverses a small wood and a railway line.

As it was overcast, I set the camera’s “high-tech” aperture switch to the cloudy setting and started making photographs, being careful to be as accurate as possible with the basic zone-focusing system, and carefully lifting and replacing the piece of black electrical tape that I’d placed over the red film-counter window as I wound on to each new frame.

After taking my 12th – and final, or so I thought – shot, I lifted the tape and started to wind the film onto the takeup spool.

Then the number 13 appeared in the window.

“Oh! That’s not right, is it!” I muttered to myself (there may have been some profanity involved), quickly realising something was amiss. It took little more that a second or two for me to realise that I’d clearly not RTFM properly and had the little slider on the film-counter window at the wrong setting. You see, the camera has a couple of masks that can be fitted inside the body – one to allow 6×6 square images, the other for 6×4.5 rectangular images – and the counter window slider allows you to see the relevant set of frame numbers on the film backing paper. I’d had the slider on the “16” setting, thus revealing the window beside the “12”, thinking that was correct. Alas, it was not.

So I moved the slider to the correct position and got another couple of frames from the roll. This offered little consolation for my realisation that the rest of the roll was going to be one huge image of overlapping frames.

However, this is a Holga, and if nothing else, I figured there might be some sort of happy accident amongst the mistakes, so I dropped the film in for processing, explaining my fears, and they told me they’d return the film uncut, instead of in a sleeve as normally happens. So a couple of days later I became the proud owner of a fully uncut roll of processed 120 negative.

Upon looking at the negatives in the light, I became aware that there was a synchronicity between some of the images that might be interesting, plus several more that might still work ok with some selective cropping. Today’s post therefore features all the final images from the roll (except the blurry initial test shot of the rhododendron in my garden – it’s out of focus, but shows no sign of light leaks. I still don’t trust it though).

One small note – the roll of Tri-X I shot is from a faulty batch that I have in which the text from the backing paper bleeds through onto the final images. I’d normally do my best to Photoshop out these defects but, for my Holga photos, think it’s probably ok to leave them as-is and probably adds to the look.

Here’s the first shot (I’ll attempt to put them in order), and one I chose to leave as an overlapping image. They’re a close enough match in composition for it to work quite well (although the righmost part would probably work well on its own too): 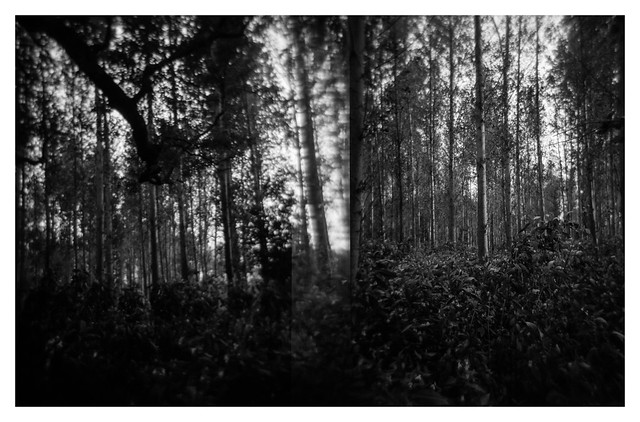 The second shot is another one I left overlapping. I think this one works the best of the three “double exposures”. Again, it’s far from seamless, but I think it still looks quite nice: 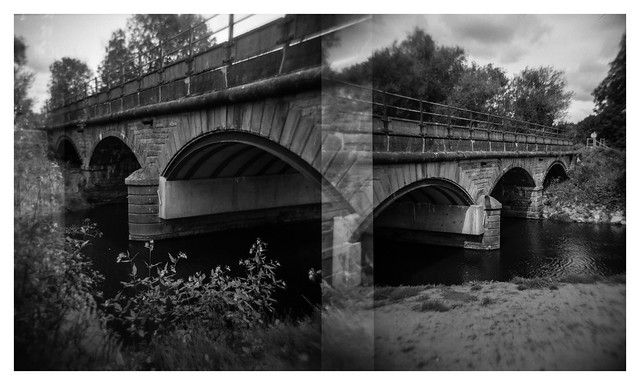 After taking my photos of the railway bridge, I took a picture of this footpath sign (it looks like some work to re-route the path is underway). There are traces of overlap at either side, but I don’t think they detract too badly in the crop: 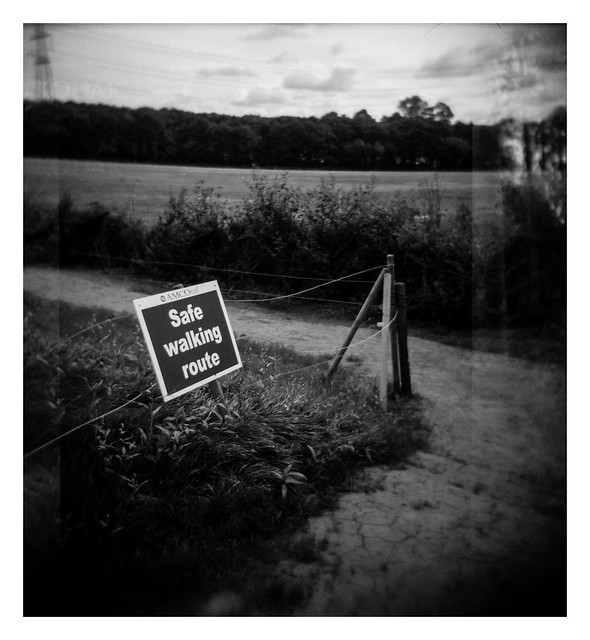 Shot number four is the final one that I left fully overlapped. This one works quite well too I think – there’s a very obvious join, but the rightmost trees add a sense of depth to the image. Believe it or not, this actually got into Flickr Explore the other day!: 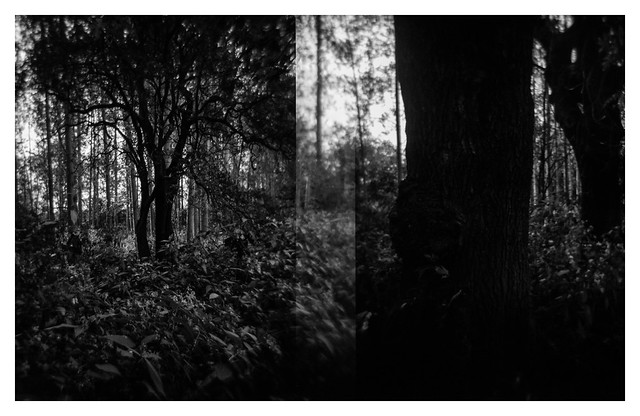 The following images are all crops in which I#ve removed the double-exposure parts completely, or where varying degrees of overlap can still be seen. Some work better than others (and some would have benefitted from the full 6×6 frame and all the Holga’s vignetting and focus fall-off that this would have added). My favourite of these is the wooden telephone-pole picture. 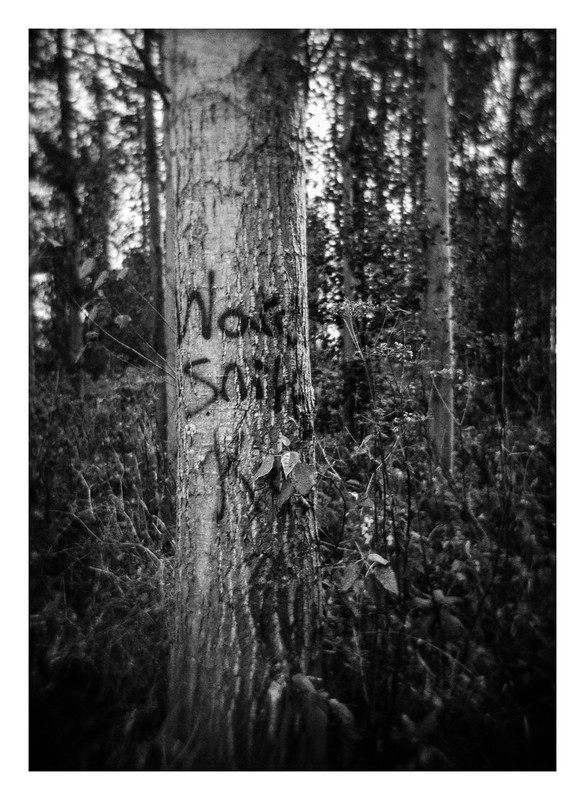 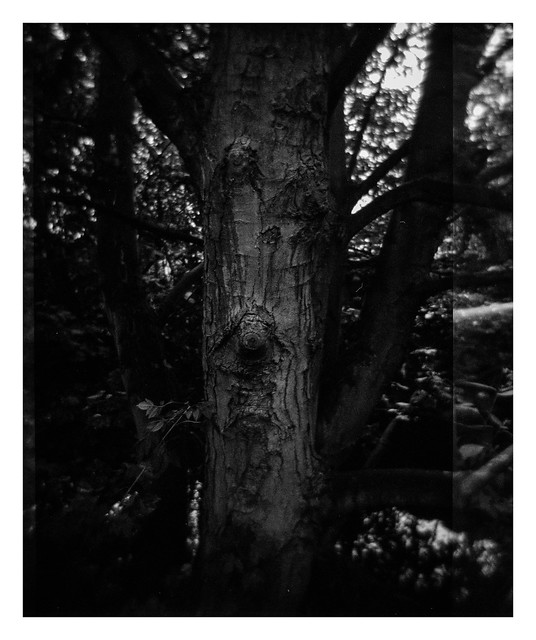 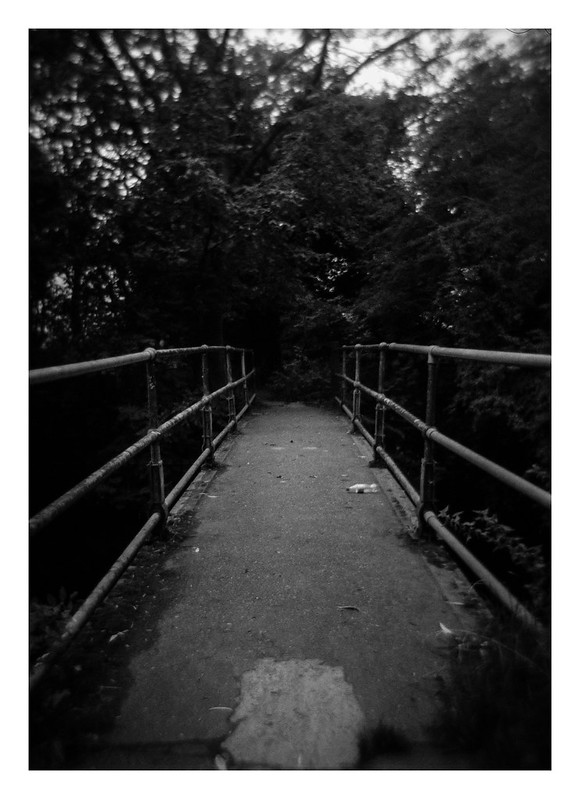 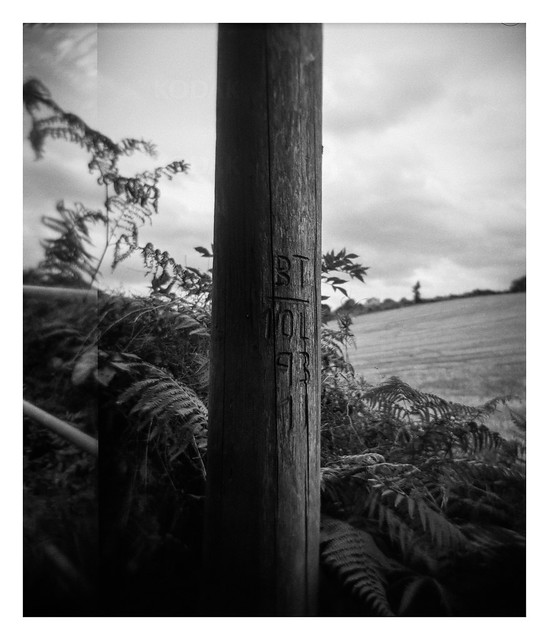 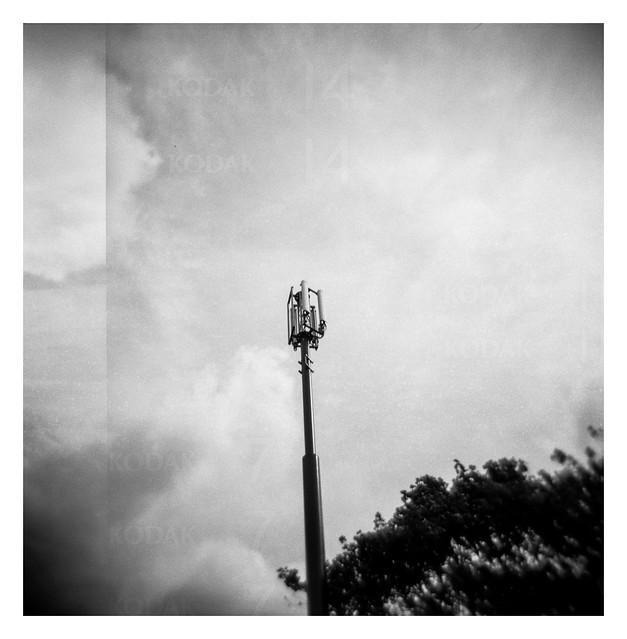 After the image above, I realised that I’d mis-wound the film, so the last two are full 6×6 images. One of them (the wall) is a pretty uninteresting, and the other (the telephone-pole) is a bit out of focus because I mis-set the dial. 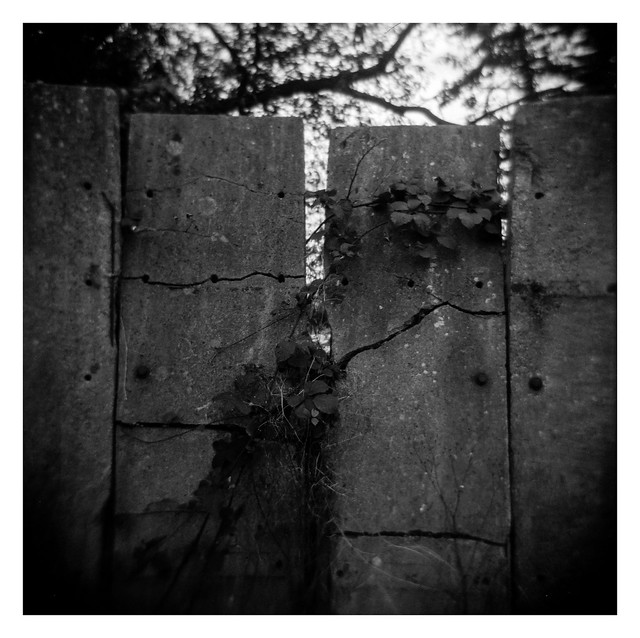 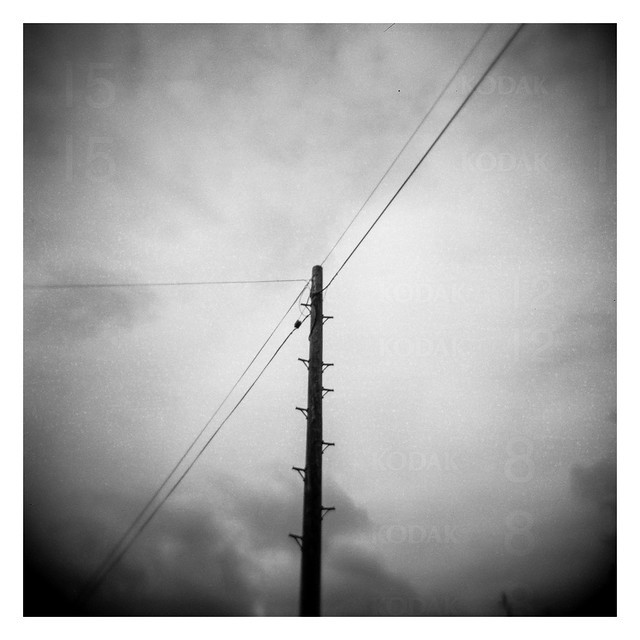 All things considered, I’m pretty happy with these. While the double-exposures were unintended and I’d have preferred for them not to have happened, there are some interesting (to me, at least) results in there and, given that this was a test roll anyway, it gave me confidence about the sort of results I might achieve with this camera. The dark and contrasty look of the Tr-X is also a contributing factor to my liking them.

I’ve no intention of giving up my other cameras with their good, sharp lenses, wide range of functionality, and ability to function without being taped shut(!), but there’s a charm to the lo-fi images that the Holga produces that I definitely like. I’ve shot four more rolls through it since this one!

Anyway, what do you think? Do they work, or am I just attempting to make a silk purse from a sow’s ear?