Another photo from my outing in the Peak District the other week. I took a few shots of this area of silver birch with my DSLR, but grabbed a shot with the Yashica Mat too. Unfortunately, it seems the batch of film I was using was one that had faults and so the print from the backing paper has shown up on a number of pictures – especially in low detail areas such as the sky. I think I’ve manged to remove it reasonably well in Photoshop though. 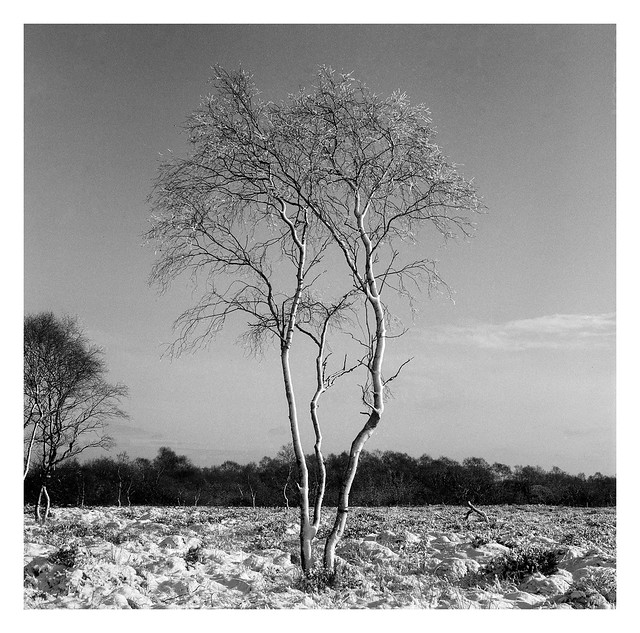