To be honest, the day I took this shot was not an ideal one for walking, but at the time I left the house it didn’t seem too bad. It wasn’t blizzard conditions or anything, or even heavy rain, just intermittent wintry showers of sleet.

The main problem was that there was a great deal of surface water around which had turned the footpaths into mud. The path in the shot below wasn’t too bad (although I had to walk with my feet straddling the central stream of meltwater for much of its length), but in some places my feet became completely submerged in mud, and one particular steep uphill gully  – filled with mud, leaves and water, and closely bordered with prickly holly bushes – made for a bit of an ordeal. I also had an incident where I stopped to talk to a lady walking her dog. The dog was a friendly looking thing and so decided it would rear up on its hind legs and plant its very muddy paws on me, leaving me with a large splotch of wet mud atop my thigh.

It was still a nice walk though. 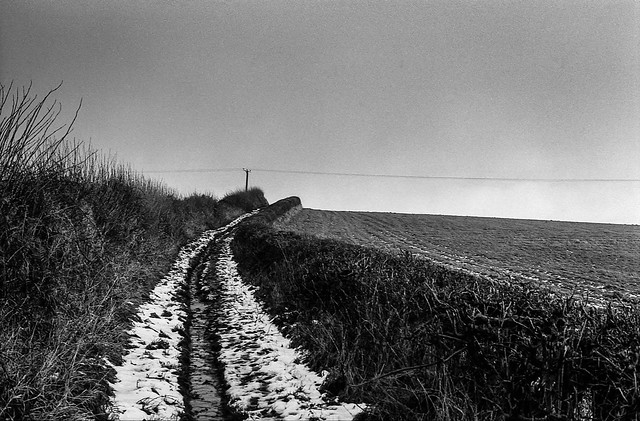 2 thoughts on “A muddy walk”