On Sunday 25 June I attended Sheffield Steam Rally, which is held just outside Sheffield at North Anston. I visited last year too, but have only attended one other time before that, probably sometime in the late 1990s. Like trains, classic cars, or aircraft, steam engines are not something that I have any deep interest in, in and of themselves, but as a photographer, they make for excellent interesting subjects, both of themselves, and also in the vast array of detail that they hold. There’s also a wonderful nostalgia that surrounds them and, while I don’t think I’d like to have lived in an environment thick with it, the pungent whiff of coal smoke is lovely in these situations.

I managed to take over fifty photographs on the day, but this post contains just a selection of them. These shots were all taken with my Olympus OM-1. Some shots are on Ilford HP5+, and others are on Fomapan 100. I’ll mark each shot accordingly, but the HP5+ shots will be first.

#1 (HP5+) – This was a favourite of the day. I really like the out-of-focus engine to the rear of the shot, and it feels like it could have been taken a long time ago. 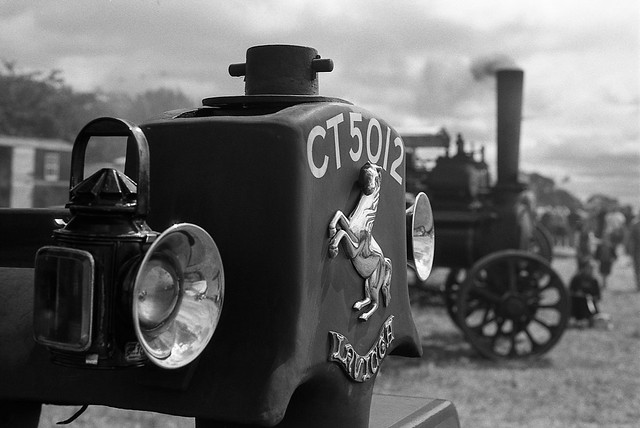 #2 (HP5+) – Another favourite. I like the composition and the trio of figures. 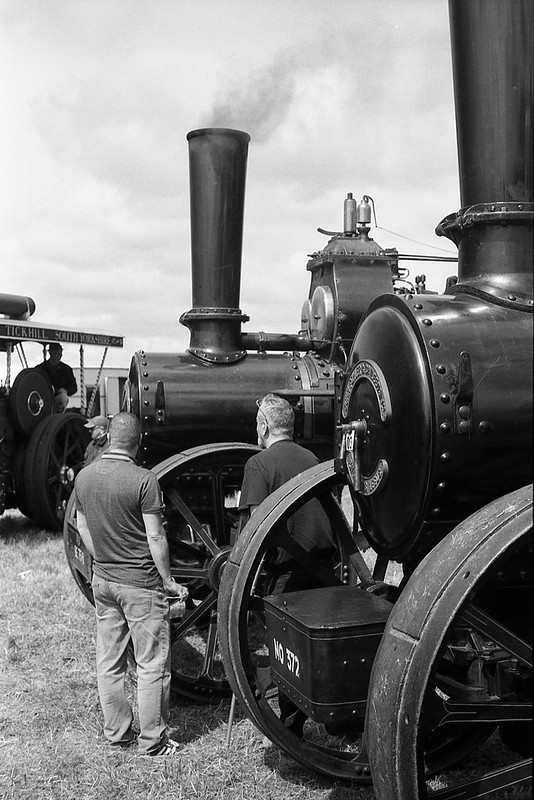 #3 (HP5+) – A lot of the traction engines appeared to be family endeavours, with fathers, sons, wives, daughters all mucking in. I like this shot because of the foreground interest granted by the man and his dog (although I nearly cut off its feet!). 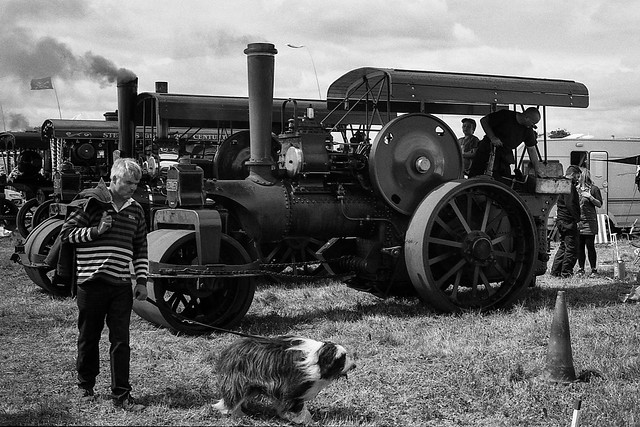 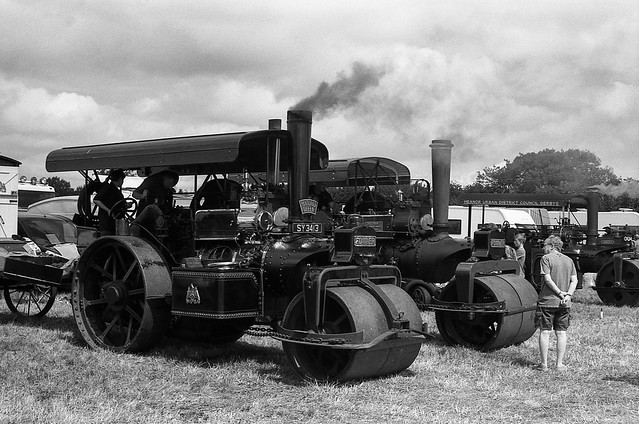 #5 (HP5+) – I think the human element adds to a lot of the shots. Some of the interest would be lost if were just the machines. 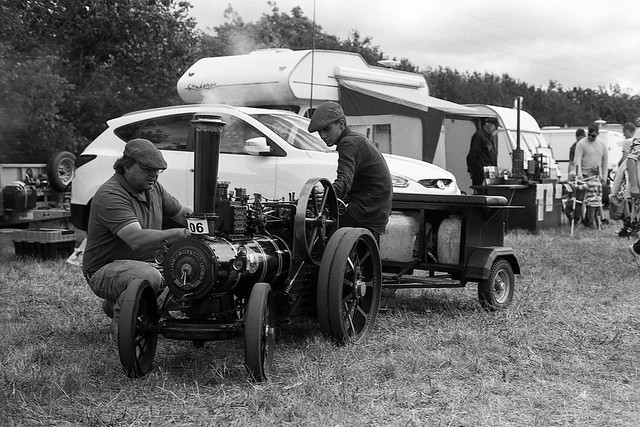 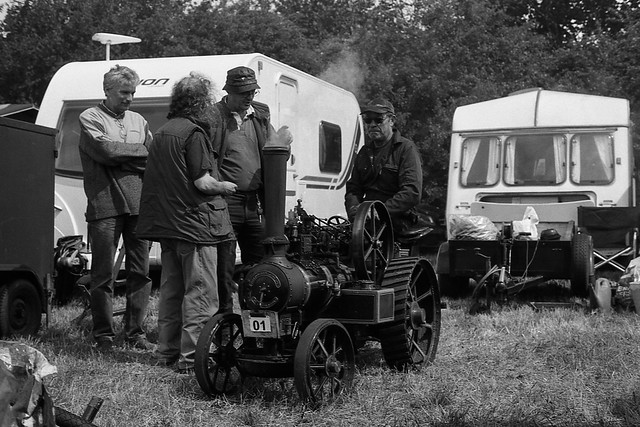 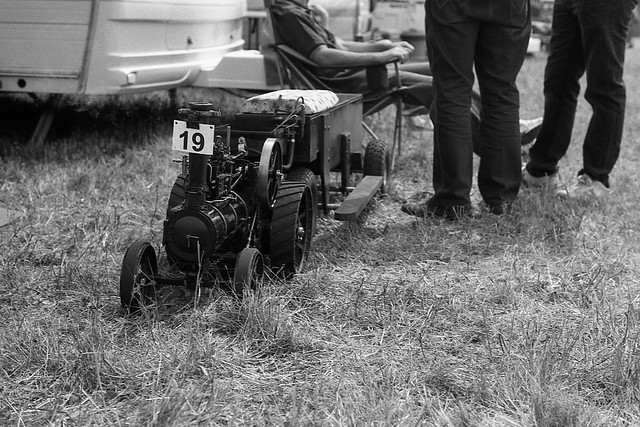 #8 (HP5+)- This must be a show regular, as I photographed it last year too. To be fair, many, if not all of the engines might’ve been there last year too, it’s just that I recognised this one. 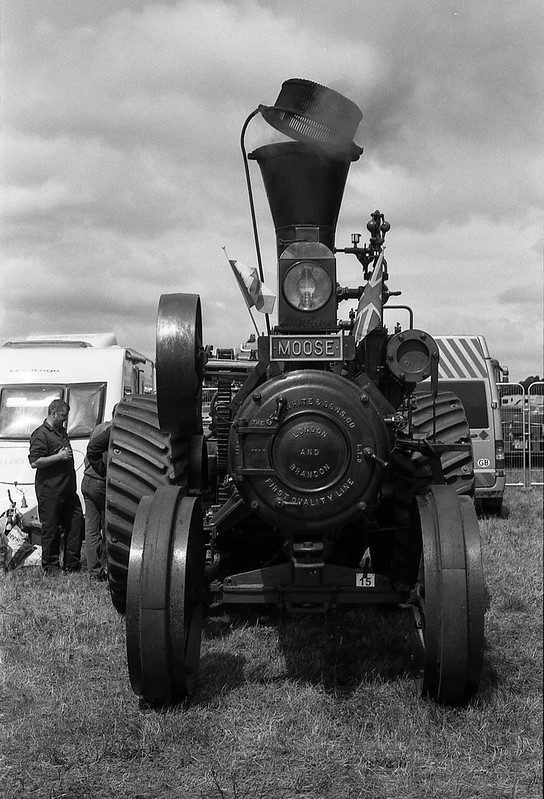 #9 (Fomapan) – Another favourite. If the van weren’t in shot, this would perhaps have the look of a much older photograph. 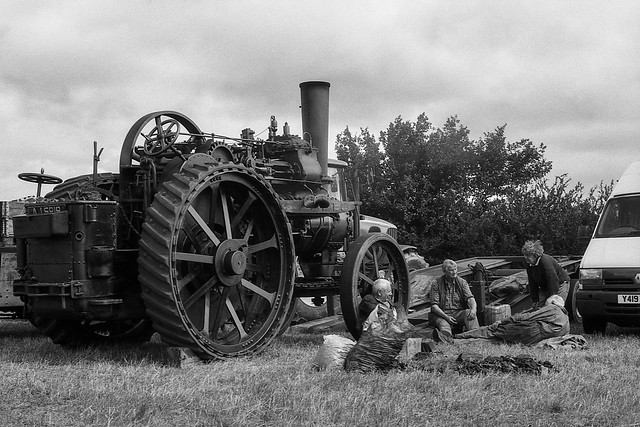 #10-19 (Fomapan) – The steam engines take part in a drive-past event in the central “show-ring” area and I took a number of photos of this. The next two are my favourites – the size of the machines, but also the poses of the drivers, gives them something od an epic feel I think. 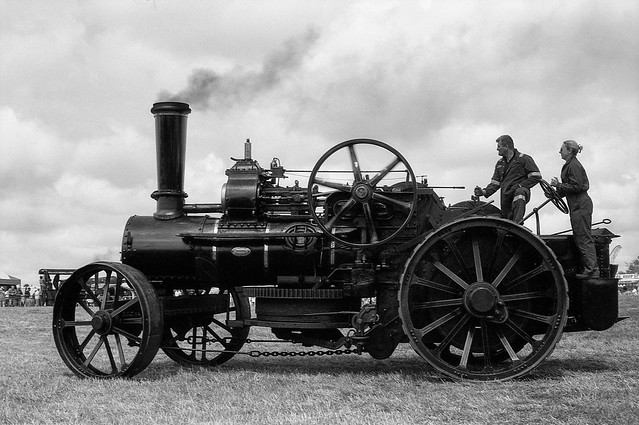 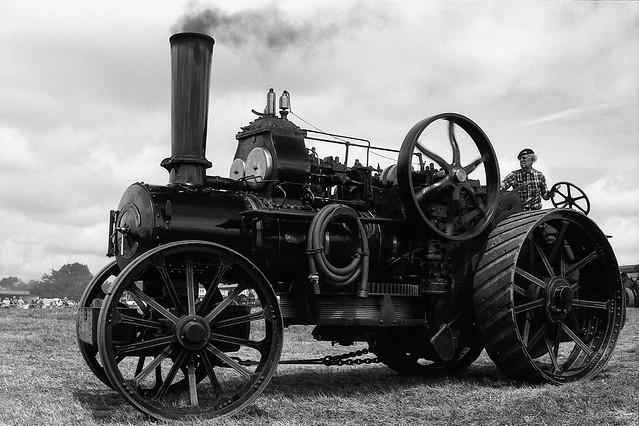 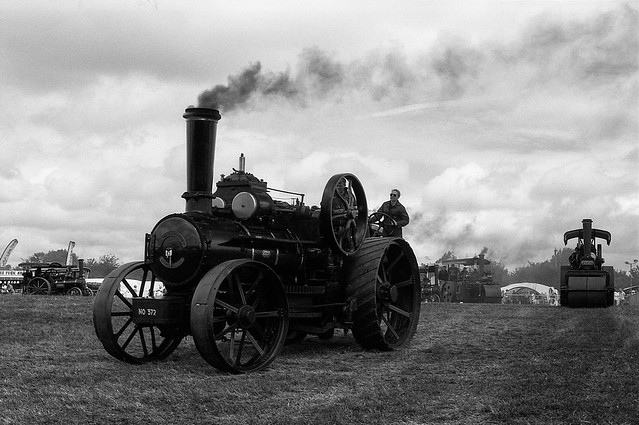 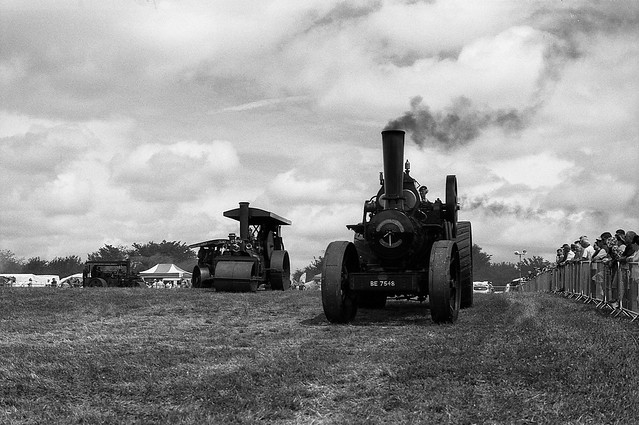 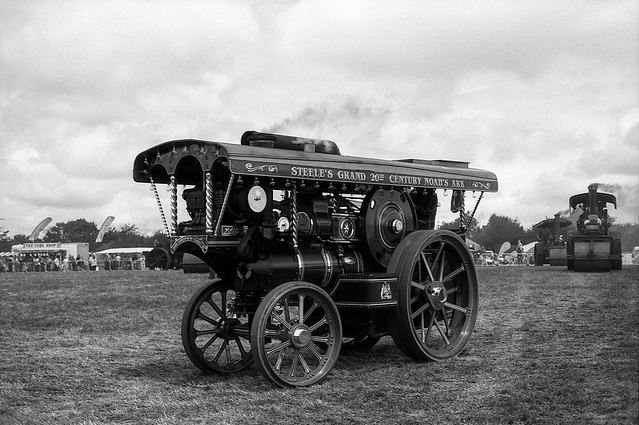 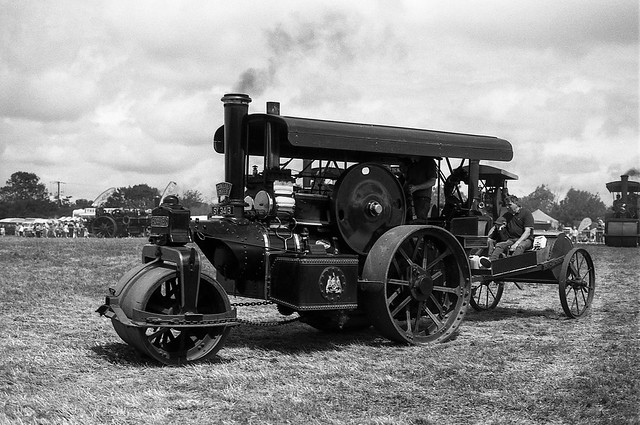 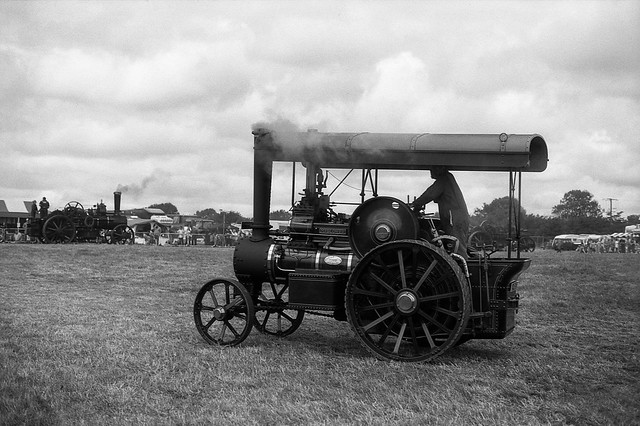 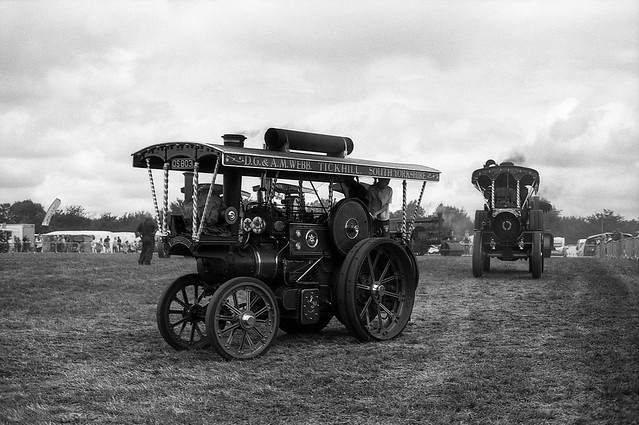 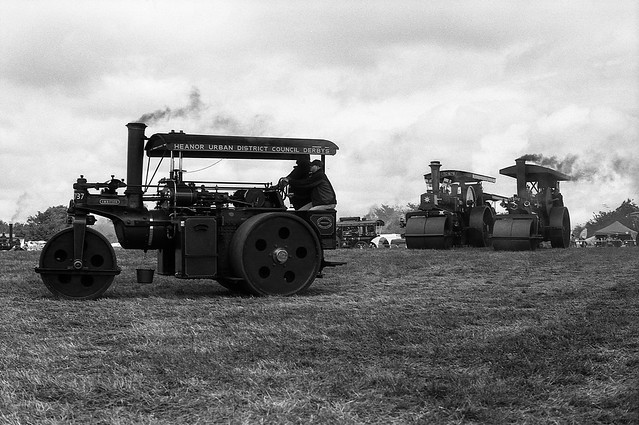 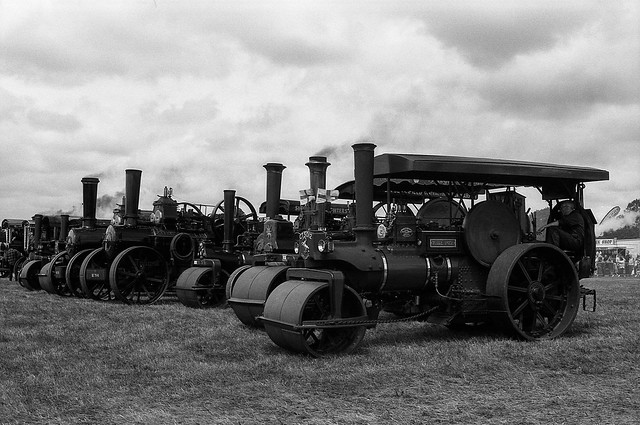 #20 (Fomapan) – The smoke adds so much atmosphere (both literally as well as figuratively!). 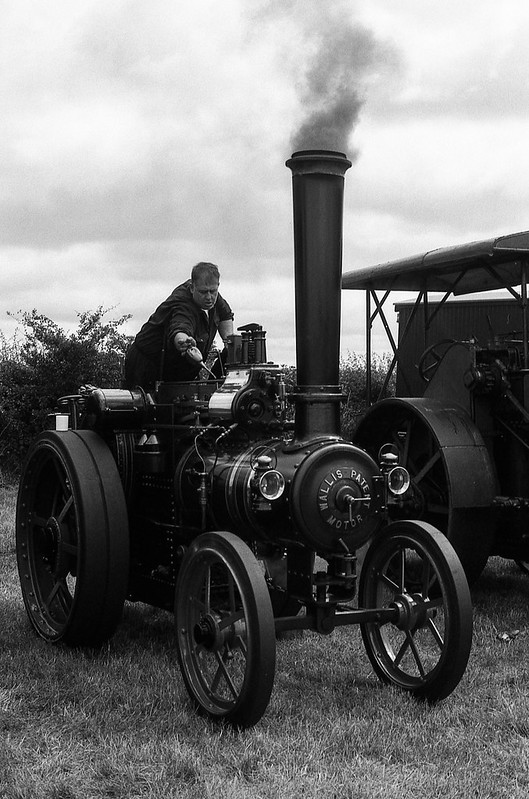 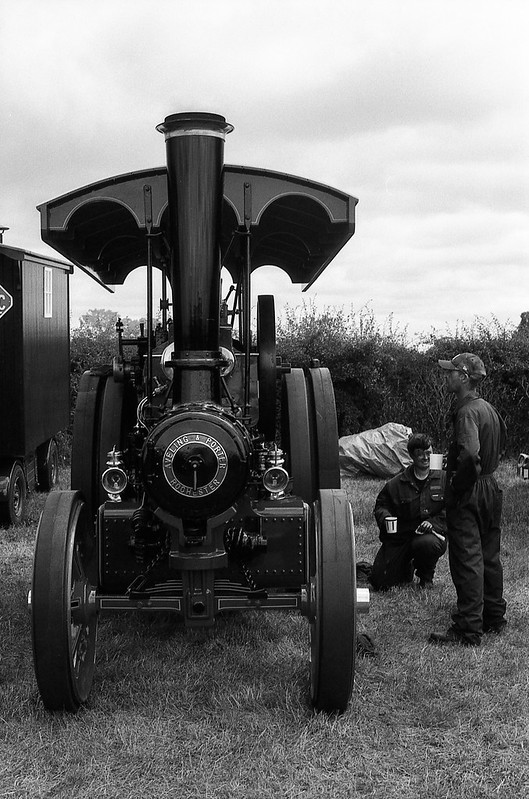 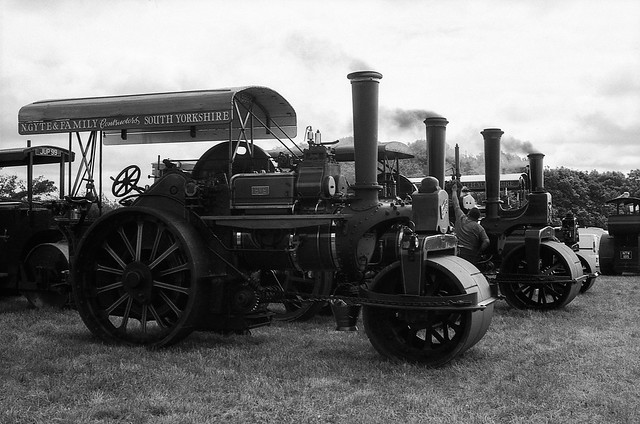 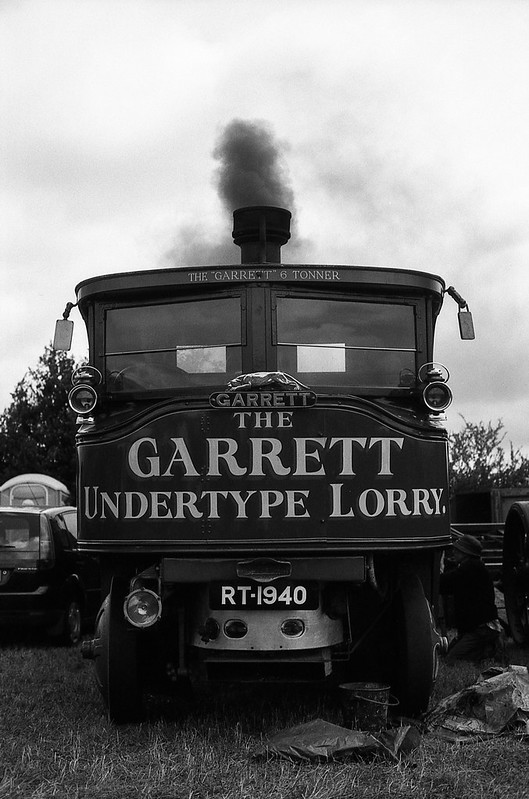 #23 (Fomapan) – There were other things present, apart from steam rollers and traction engines, including this organ. There were also some nice food stalls and I had a delicious pork and pulled-pork burger from one of them. 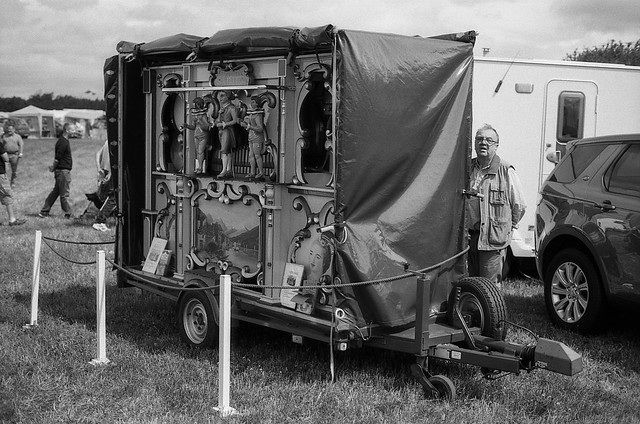 There were also a large number of classic cars, bikes and trucks present, but I’ll save those photos for another day.

One thought on “Sheffield Steam Rally”