Back at the start of the month it was my wife’s birthday, and we decided we’d go for ice-creams at a place that opened recently at the edge of the town centre. Our eldest was away on the day in question, but we dragged the younger two along with us (much to their protestations at being separated from games consoles and PCs!).

Rather than go straight for the ice-creams, we decided to take a bit of a stroll first and the shots featured in this post are what I managed to grab while we walked.

#1 – This was taken close to where we parked the car. It was only after around five shots that I realised that the camera (a Nikon F70) was set to 100 ASA instead of DX mode. As I had a roll of 400 ASA Ilford HP5+ in the camera, I suspected a bunch of overexposed shots, but they all came out surprisingly well. 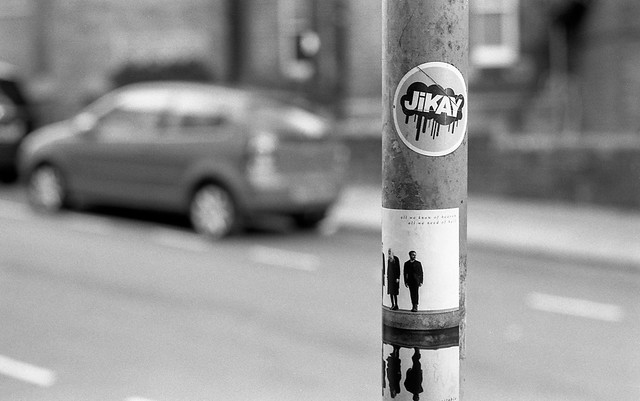 #2 – The film speed now correctly set, we wandered up to Weston Park Museum where we had some coffees and soft drinks, before looking around the museum. Even with the HP5+ it was still too dim for most shots, but I took quite a few family pics, and also one or two exhibit photos, such as these mugs… 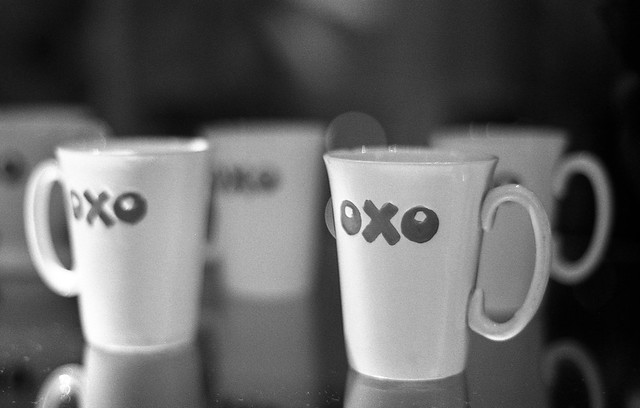 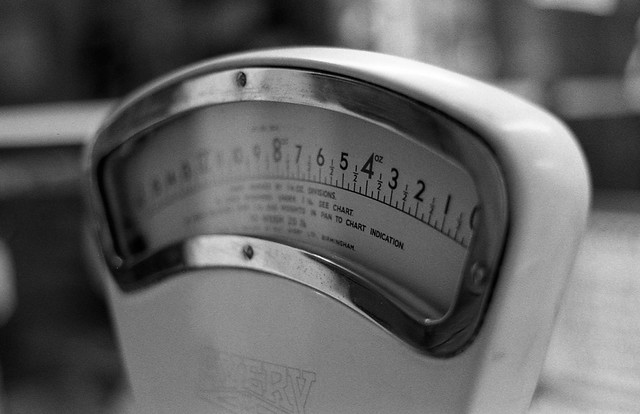 #4 – After the museum, we strolled through the park itself, where I took this shot of the nearby Sheffield University Arts Tower. 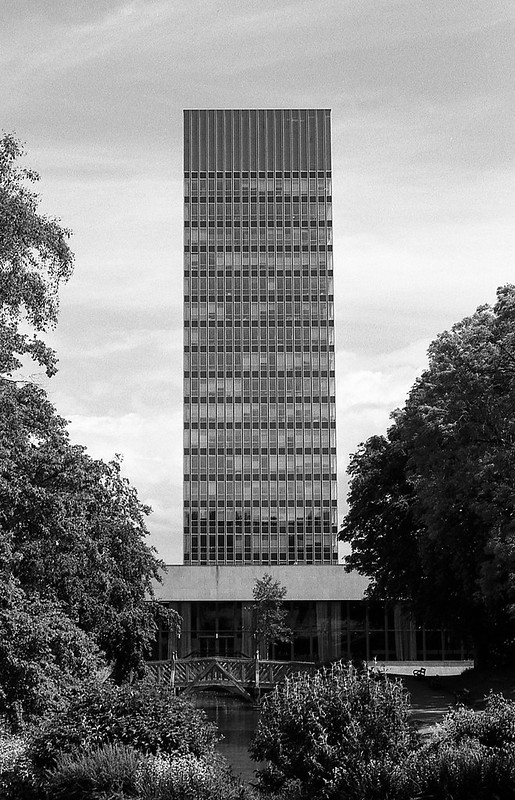 #5 – A little further on, and close to the old Henderson’s Relish factory, I took another shot of the brass bottle installations that have been recently added to the area. I took other shots of these and you can see a few in another recent post. 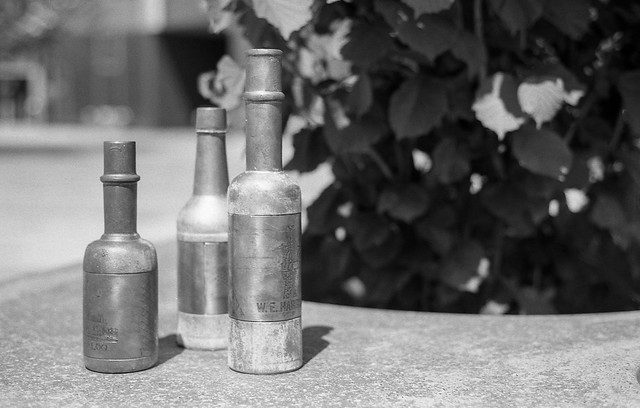 #6 – We were getting closer to the ice-cream parlour now, but I took another couple of shots before we got there. This one of the Somme Barracks building, which dates back to 1907… 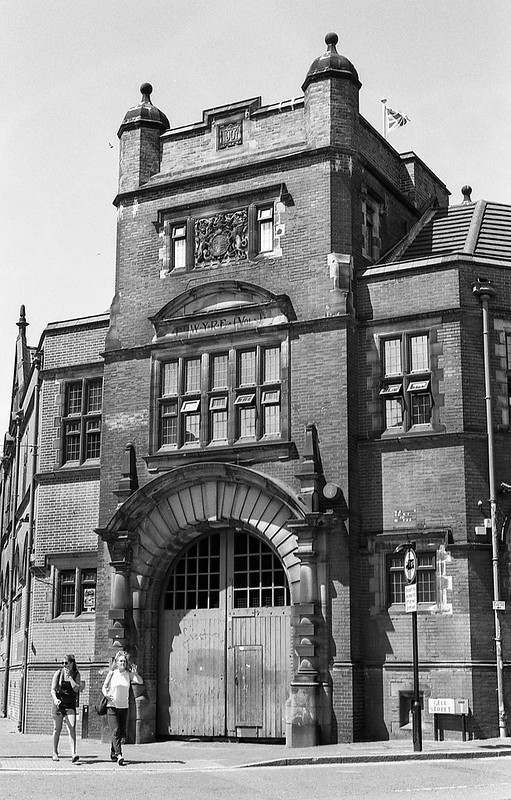 #7 – …and this shot of some balconies on a much more recent apartment building. 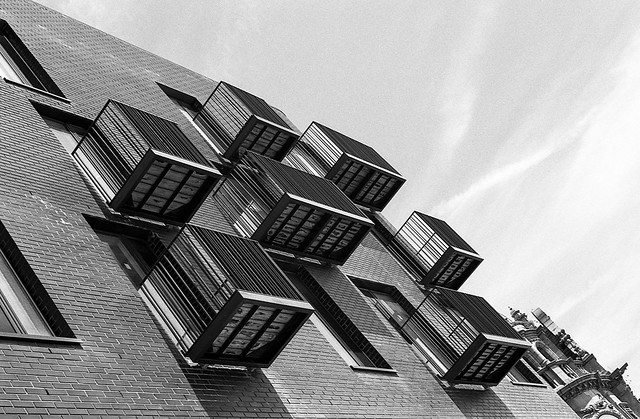 #8 – The ice-creams were great and I polished off this tasty cherry sundae. Yum! 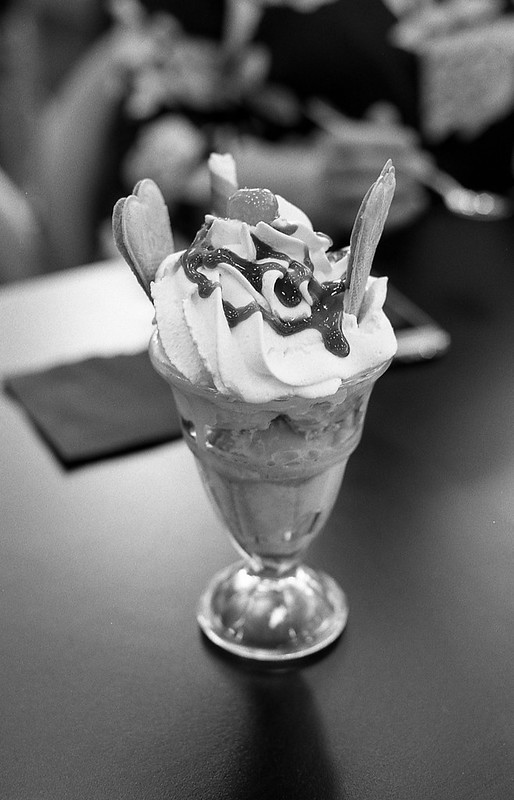 #9 – I took a final shot on the way back to the car of these curious hooks on the side of the Somme Barracks building. 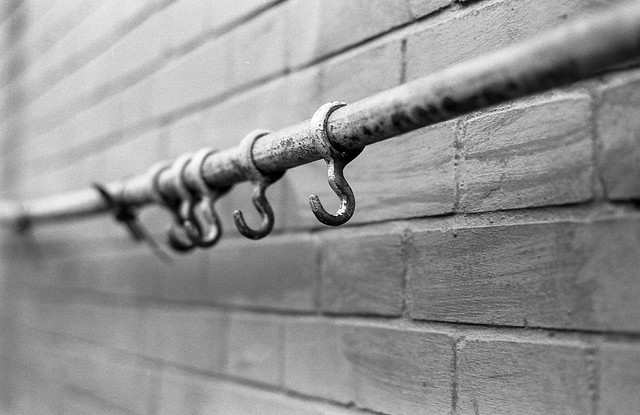 And, finally, here are a couple of bonus pics from the end of the roll.

#10 – The only apple in the fruit bowl that still had a stalk attached. 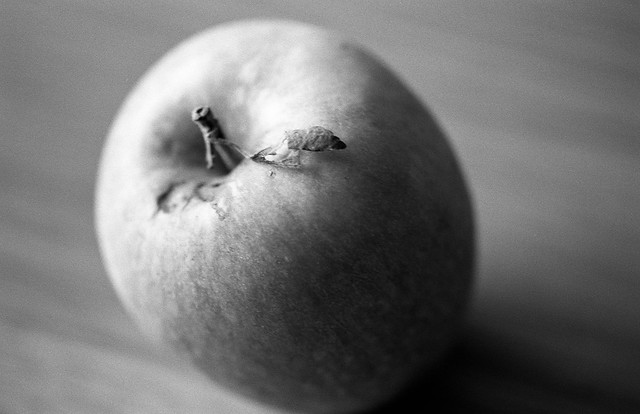 #11 – And a fly outside on the double-glazing (shot with a macro lens). 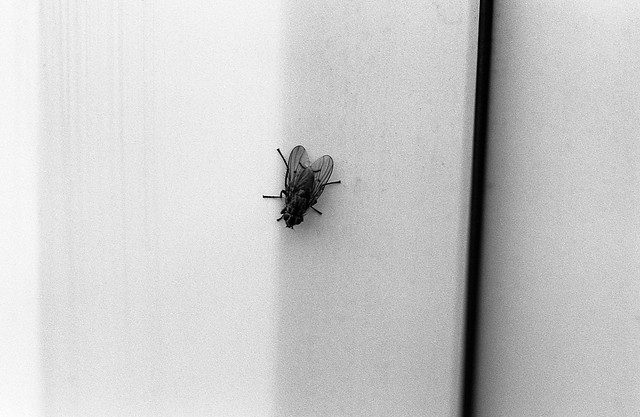 Apart from the family photos, there were a number of other pretty decent shots from the walk, but I’ve not gotten around to uploading them as yet, so they may (or may not) pop up on here at some point in the future.

One thing is for sure though, this was the roll of film that showed me how great HP5+ is. My prior uses (on 35mm at least) had all been slightly dull and lacking in contrast and texture, but I think it’s safe to say (as I think I have before) that this was down to operator failure. 🙂