The British summer behaved as expected last weekend, when my wife, her sister and I went on a trip to York, delivering a day of rain and muggy humid conditions. The trip came about because I fancied a photography outing, but didn’t want to leave my wife out if I went somewhere nice, but I similarly didn’t want to feel guilty or limited in what I could do by dragging her around while I took photos, so I suggested she bring her sister so that they could do the shopping thing, while I went off to do my stuff.

Anyway, the trip from Sheffield to York takes about an hour, so it’s nothing too onerous to undertake, but the weather definitely put a (literal) dampener on things and so, while the ladies went around the shops, I was forced to find some indoor location myself, and decided upon the National Railway Museum. The museum is worth a visit (even if you’re not all that interested in railways), and I’ve been a number of times in my life, both as a child, and then as an adult, with our own kids. The major downside in the museum, photographically speaking, is that it’s not incredibly well-lit – especially in the hall where the royal trains are housed – and while this isn’t a hindrance to modern digital cameras, where the ISO can be changed on the fly to account for dim light, it’s something of a nuisance for a tripodless film SLR, even with 400 ASA film loaded. So, while I took quite a few shots inside, there were many where I just had to let them go as I would’ve needed far too slow a shutter speed to be able to hand-hold the camera. Oh well.

The photos below were taken on the way to, and inside the museum. I have a bunch of other shots from the day in York (it did mostly stop raining in the afternoon, thankfully), but I’ll perhaps share those in a future post at some point – plus some of them are on a roll of film that hasn’t been finished as yet.

All the shots below were taken with my Olympus OM-1 with a F Zuiko 50mm f/1.8 lens fitted, on Ilford HP5+ film. It’s a lovely camera, and the lens is capable of some very sharp results (although I did lose a couple on the day thanks to camera shake in the low light).

#1 & #2 – While heading towards the museum, I spotted a tour group in the town centre. As the rain was coming down quite hard, they were all holding umbrellas, and I thought they were worth a shot or two. Sadly, just as I got the camera out of my bag and focussed, the group decided to move on, which is why there’s a degree of motion in the first shot. Still, I decided to follow them to their next point of interest and got a more satisfying second shot. 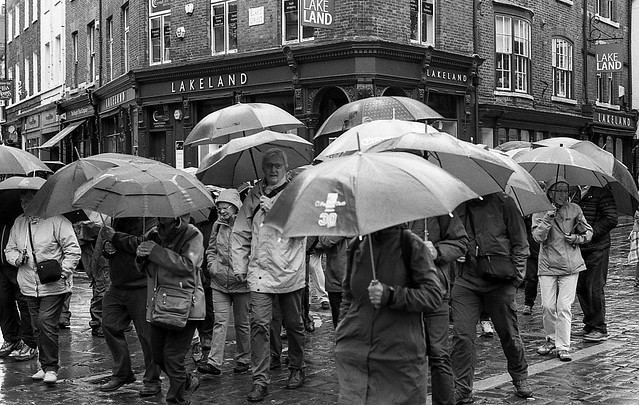 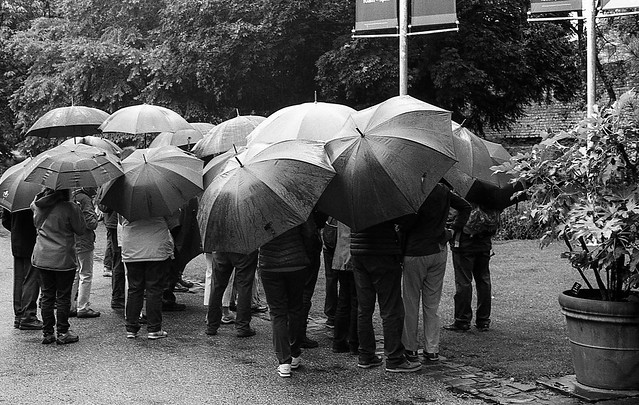 #3 – Just before you arrive at the National Railway Museum if coming from the town centre), the road goes beneath the norther edge of York railway station, and there is a separate tunnel for pedestrians and cyclists. 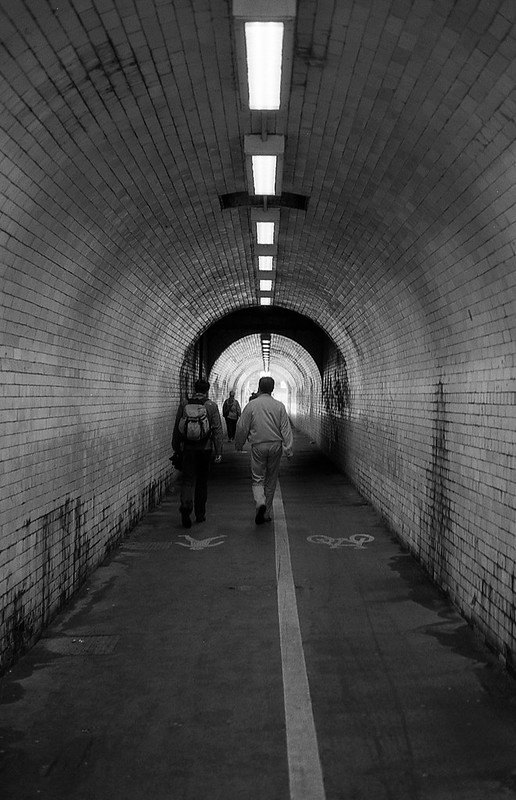 #4 – Just inside the museum, next to the reception area, is a steam engine of some sort, and I spotted this interesting-looking gauge on the dome. 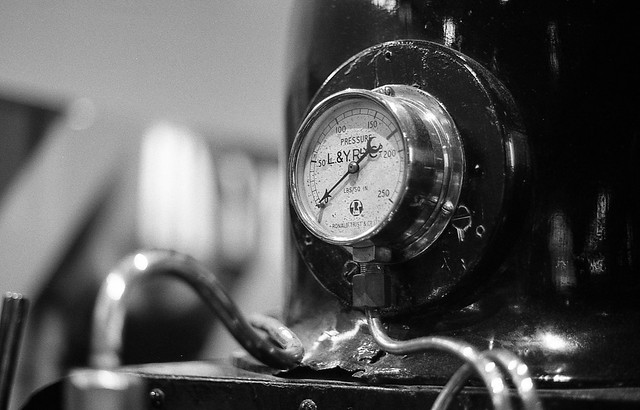 #5 – In the Station Hall section of the museum I was very limited by the available light, and only took a couple of shots – one of which had awful camera shake. If the day had been brighter, then the skylights would have let in much more illumination, but not on this visit unfortunately, so this is the only shot I got in there. It’s a shame as there are lots of things of interest in here, both for the museum visitor and the photographer looking for interesting subjects. 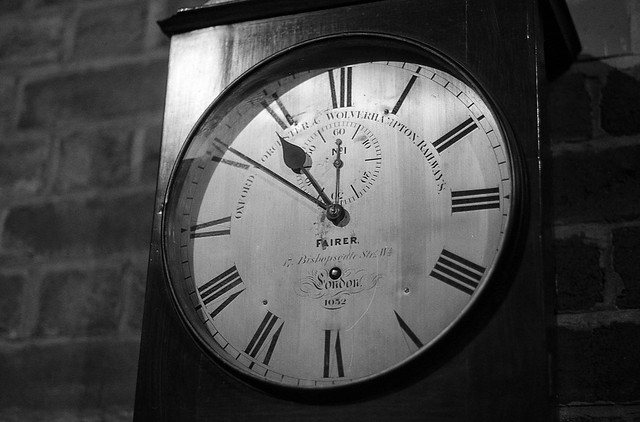 #6 & #7 – The other main section of the museum is the Great Hall. This section houses most of the locomotives and has an operating turntable that is demonstrated at set times throughout the day. One of the first things you see in the Great Hall is a Japanese Bullet Train, and you are able to board the single carriage and watch films that are screened at either end of the compartment. I seem to be receiving a concerned or disapproving look from the lady in the second shot, although I didn’t really notice her at the time of taking the picture. 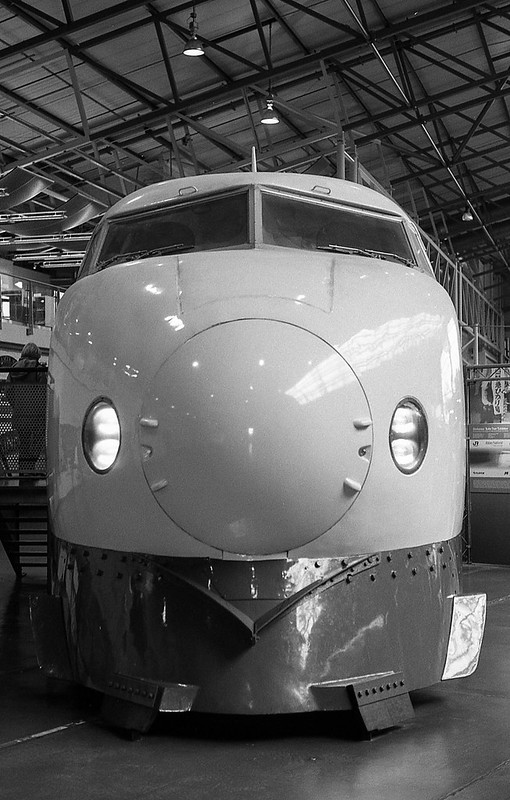 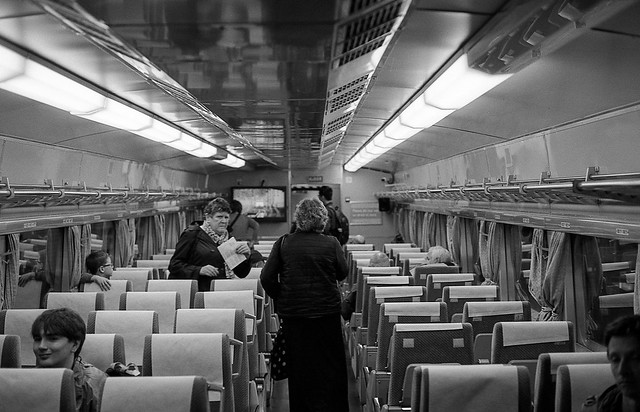 #8 – The main feature of the Great Hall is the turntable, and the first shot here shows a group of spectators waiting for a demonstration to begin. 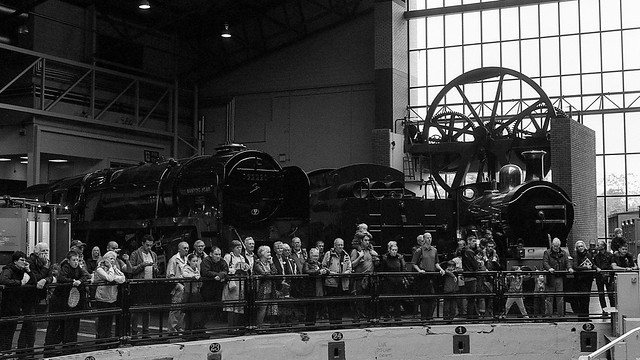 #9, #10, #11 & 12 – show details of some of the locomotives arranged around the turntable, and these shots show a replica of Stephenson’s Rocket, the Mallard, the Evening Star (Britain’s last steam locomotive run by British Railways) and a Class 31 diesel locomotive. 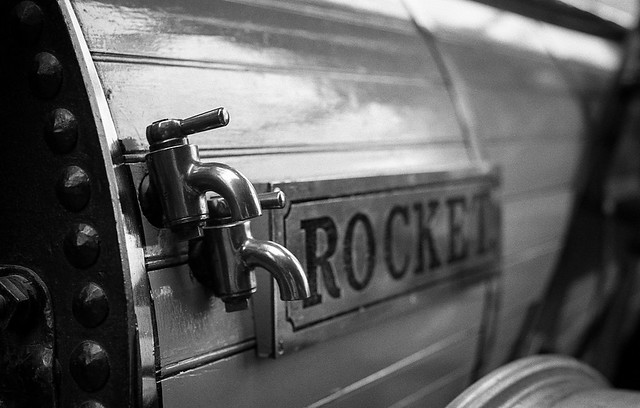 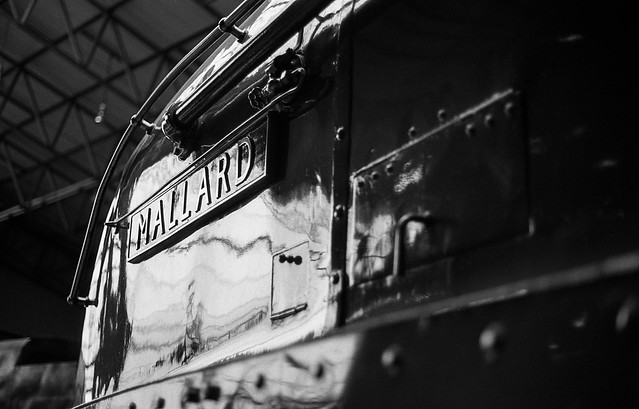 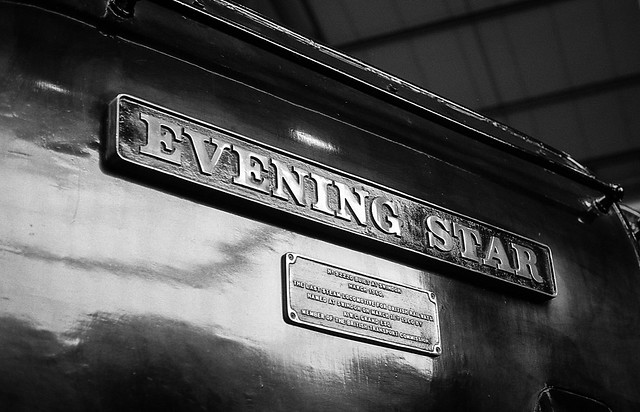 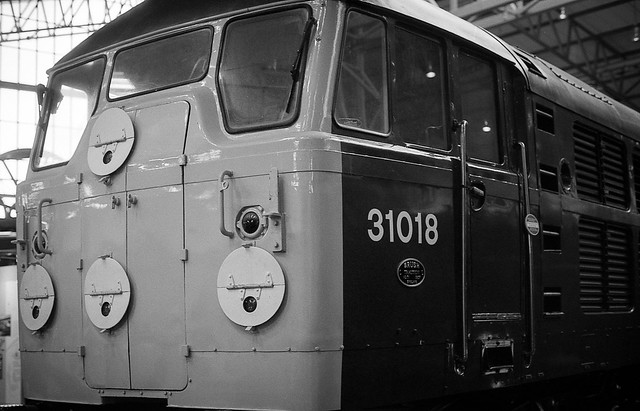 #13 – Also in the Great Hall was this odd little locomotive off to one side of the larger specimens. 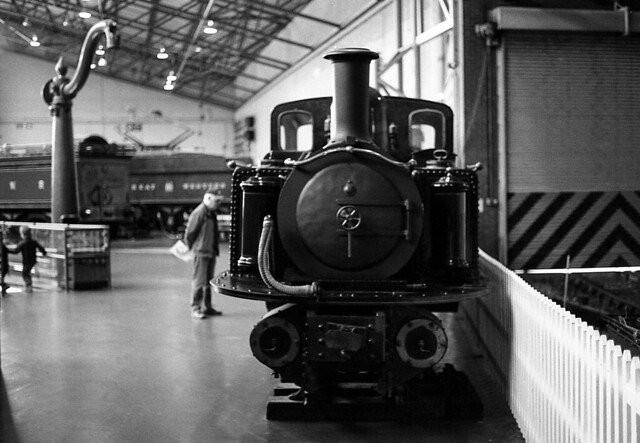 #14 – The final shot I’m including here is of a couple of diesel shunters that were stood outside the Station Hall. 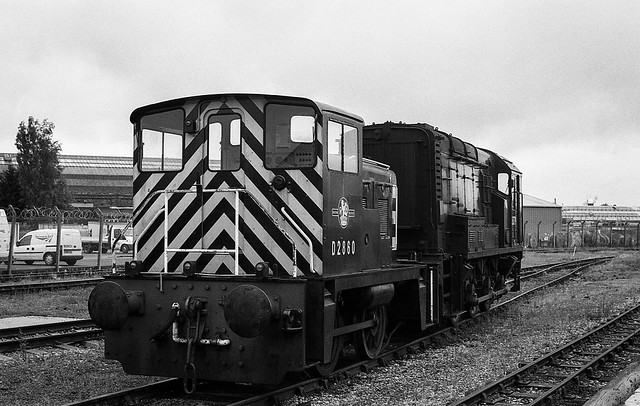 I have to say that I’ve a new-found love for Ilford HP5+. My early attempts with it resulted in slightly flat, grey images that I wasn’t top happy with, but I’ve now realised that this was a fault of the photographer and not the film, and my recent shots have been far nicer in their tones.